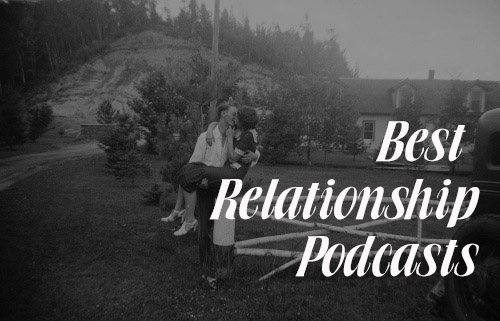 We find ourselves upon that holiday dedicated to romance, when our thoughts naturally tend towards the state of our relationships. Perhaps you’re single and wondering how to have better success with dating. Or already dating someone, and contemplating upping your commitment level. Or maybe you’re married and trying to keep the fire of love alive.

Fortunately, for whatever relationship phase you’re in, we’ve done a podcast episode that covers it and offers solid, expert-backed tips for improving where things are at now and making the best possible next move. Below you’ll find a round-up of our best relationship-focused shows which cover how to do love well in certain stages of romance, as well as navigating the general principles of intimate relationships across the board.

1. Is This a Date or Not? The Problem With Ambiguity in Relationships

Dating has never been more ambiguous than it is today. People sort of end up with each other without explicitly defining the nature of their relationship, level of commitment, or expectations for the future. What begins as hanging out, slides into spending the night, which slides into moving in together, and can even sometimes slide into marriage.

While keeping your romantic relationships ambiguous may seem to make them safer and less complicated, Scott Stanley has conducted research that shows that’s not necessarily the case. In this episode, Scott explains why dating has gotten more ambiguous during the past 20 years and why that has led people to slide into relationships instead of explicitly deciding and committing to them.

My guests in this episode, father-daughter duo and authors Michael and Sarah Bennett, argue that your problem is that you let yourself get suckered by love. The Bennetts provide tons of solid advice when it comes to establishing long-lasting and fulfilling relationships.

3. The Surprising Benefits of Marriage for Men

Unfortunately, many modern men see marriage as an institution that, at best, stifles them or, at worst, sets them up for divorce, and as a result, financial and emotional ruin. But research coming out in recent years suggests that marriage actually offers a lot of benefits to men — from making more money, to having better sex, to enjoying a longer and healthier life.

In this episode I talk to Brad Wilcox, a professor of sociology at the University of Virginia, as well as the Director of the National Marriage Project. We discuss the effect marriage has on men, and why officially tying the knot actually makes a significant difference compared to being in a committed, non-married relationship.

4. Saving Your Marriage Before It Starts

If you’re a man on the precipice of marriage, or want to someday get married, one worry you likely have is “Will my marriage last?” While divorce rates have been decreasing since they reached their peak in the late 1970s and early ’80s, there’s still a perception out there that marriage is just a crapshoot — a game of Russian roulette — and that the odds favor you ending up in a family court, or at best in a sad and loveless relationship.

In this episode, author and marriage therapist Les Parrott argues that doesn’t have to be your fate as long as you take a proactive approach to marriage. With some thought and intentionality, you can help ensure that you have a happy, loving, fulfilling relationship that lasts until death do you part.

5. The Science of Cheating — How to Prevent and Deal With Infidelity

6. Date-onomics — How Demographics Are Affecting Courtship and Marriage

In the past forty years we’ve seen dramatic changes in the way people date and marry. Sexuality has become more permissive and young adults are putting off marriage longer and longer. And a lot of ink has been spilt in an effort to explain exactly why. People talk about factors such as changing values and the changing economy.

My guest in this episode has a different take on the subject: author Jon Birger argues that it’s perhaps changing demographics that have really transformed mating patterns in the West. We also talk about some practical tips about how to best take advantage of demographics depending on your individual scenario.

7. Better Conversations on Money and Marriage

One of the biggest sources of contention in marriages is money. When you have two people come into marriage with very different ideas about how money should be managed, saved, spent, etc., you’re bound to have some conflict. But it is possible to reduce those money arguments. Like any marital problem, issues about money can be solved with some constructive conversations. My guests in this episode, Derek and Carrie Olsen, discuss the conversations you should be having with your spouse not only about money, but also values and life in general.

8. How Face-to-Face Contact Can Make You Healthier, Happier, and Smarter

While this show isn’t just about dating and relationships, Susan Pinker and I do discuss the importance of face-to-face interactions in romantic relationships. We also get into how men and women socialize differently, and why online dating isn’t all that it’s cracked up to be. Even the parts that aren’t about dating specifically will certainly offer insight that will carry over into your relationship with your significant other.

More and more today, we’re communicating with the people we love through screens. While this has greatly improved the efficiency of communication, there are some inevitable drawbacks that have come with the decline in face-to-face conversation. Like the episode above, this isn’t explicitly about romantic relationships, but what Sherry Turkle and I discuss will definitely improve those relationships. We talk about what we’re missing when we don’t talk with people in person, the downsides of communicating via computers and smartphones, and what we can do to reclaim meaningful conversation.

10. The Science of Dating and Mating

In this episode I talk to evolutionary psychologist Geoffrey Miller. We discuss some myths of dating, the traits women find attractive in men, and concrete steps men can take to increase their dating value and have more success with women. A fascinating show whether you’re married or single.

What do women find attractive in men? What should you be looking for in a partner if you want a long-lasting relationship? Are there any red flags to be watching for in a partner? Are married men miserable or happy? My guest in this episode, Dr. Duana Welch, has spent her career researching these questions. She highlights the bona fide research that’s out there about dating and relationships.

Drs. Glen Geher and Scott Barry Kaufman talk with me about the cutting edge research from evolutionary psychology, intelligence, creativity, personality, social psychology, and neuroscience to show what men and women find attractive in one another and what we can all do to increase our mating intelligence in order to have more success in forming and maintaining relationships.

13. How to Spot Red Flags in a Relationship

While many men chalk up the odds of a successful marriage to the luck of the draw, my guest in this episode, clinical psychologist Shawn Smith, argues that by looking for certain red flags in a relationship, as well as certain positive attributes, you can avoid getting involved in a draining marriage, and instead marry someone who will make your life better. Shawn and I discuss the risks and rewards of love and the mistakes he’s seen men make over and over again in his counseling practice when it comes to dating and marriage.

Don’t miss an episode of the Art of Manliness Podcast by subscribing with your favorite audio listening service. We’re on all of them. 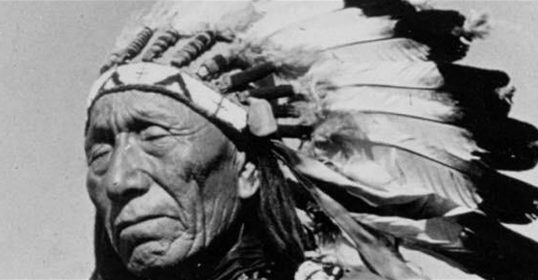