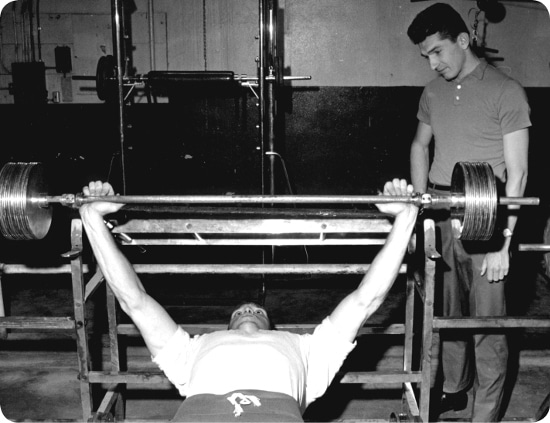 When we did a survey last year asking readers what subjects they’d like to see AoM cover, one of the requests that popped up a few times was more beginner fitness articles. We get it — it can be intimidating to watch our YouTube videos with Mark Rippetoe and read articles about intense kettlebell training. If you’re out of shape and haven’t worked out for a long time, how do you narrow that gap between where you are now and deadlifting hundreds of pounds — or heck, simply getting a bit more fit for the sake of your well-being?

I asked myself that very question a few months ago. I can run a few miles and do a good number of push-ups, but the reality is that I could stand to lose a little bit of belly fat and get in better shape. It’s easy to be motivated when you live in Colorado — almost everyone around me is running marathons and hiking 14ers every weekend.

For a long time I was determined that I wouldn’t become a “gym rat.” Our culture places muscular gym-goers into the realm of “bros” — shallow, egotistic, vain, etc. I bought into that mentality, and figured I’d get in shape by running and doing bodyweight exercises. (Yes, I was being cheap too.) Beyond that, I was simply intimidated. I knew that I would get to the gym and not have any idea what to do, or how to do it. But, after a bum knee and multiple failed attempts to do exercise routines at home, I realized something had to change.

So I spurned the bad attitude towards gyms, and went to the big box chain near my home to sign up. It’s been a great experience so far, and I’ve learned a number of things that I’d like to share with other guys who might be nervous or have a bad attitude about the prospect of signing up for a gym membership.

1. Push beyond the intimidation and just go for it.

I was super intimidated when I first walked into the gym. I had on my athletic shorts, grubby t-shirt, and headphones in hand, and I felt like a total poser. “I’m not a bro, I’m not a gym rat…” Even if you are intimidated, you just have to push beyond it and go for it. Get your foot in the door, and do something. You’ll be amazed how quickly that initial fear goes away when you get your heart pumping and muscles aching. Frankly, you have a lot more to think about at the gym than being intimidated.

And honestly, after being a member for a few months, I’m more inspired than intimidated by the guys (and some hardcore ladies!) on the bench next to me lifting far more than it seems like I’ll ever be able to do.

Another intimidation factor for me was simply not knowing how to use certain machines or do certain exercises. Be it a stair climber or rowing machine or weight contraption, those things can be confusing to use. One route is to simply get on the machine and start doing something. In many cases you’ll figure it out after a couple minutes. Another is to look up a YouTube video or article right then and there if you have a smartphone; I’ve done this a couple times with great success. Finally, you can always ask a trainer for a simple 2-minute tutorial on properly using the machine in question. (I know machines aren’t sexy, but there’s nothing wrong with having a balance!)

2. Nobody is judging you.

When I checked in to the gym on my first day of being a member, I was sure that everyone there would stop what they were doing, watch me do my workout, and judge not just my form but my meager muscle size as well. Of course, no such thing happened. Especially at my big box gym, there are people of all shapes and sizes, just doing their best to get in shape. From ripped dudes curling 50-pound dumbbells, to old men on the treadmill with their shirts tucked into their pants, it really is a democracy.

When I go, there are no eyes following me — except perhaps the old lady on the stationary bike who might be flirting with me. Everyone just keeps on doing their own workouts on their own time. Honestly, I figure if I’m not judging anyone, then it’s likely that nobody is judging me.

3. Familiarize yourself with good gym etiquette.

While working out is a great way to unleash your primal side, you should still practice good manners and be respectful of your fellow gym goers. Knowing the unwritten rules of the land will not only make you feel more confident, but save you from getting the kind of look that might unnecessarily make the gym feel like an unfriendly place. Nobody may be judging how in shape you are, but they may critically assess your decision not to wipe down a machine you’ve been using.

So read up on 10 ways to be a gentleman at the gym.

4. Do what you enjoy — some activity is better than none.

I started out doing easy workouts — 20 minutes of cardio, 15 minutes of moderate activity on the rowing machine, weights that I was easily lifting, and even time on the basketball court just shooting hoops. I sort of felt like a wimp, but I just wanted to get my bearings and ease into gym membership rather than go whole hog and feel overwhelmed.

The honest truth is that as you go to the gym more, you’ll push yourself more. I’m completing workouts now, just a few months into it, that are far above what I started at. Once I established some benchmarks, the natural competitiveness of wanting to beat my times and weights kicked in.

One of the barriers to gym membership, for me, was simply the overwhelming number of competing fitness theories. As Brett and Kate wrote about, the “one best way” fallacy is in full effect when it comes to workouts. Trying to figure out which way is “best” is paralyzing. Ultimately, it will just keep you on the couch. When it comes down to it, doing something active is so much better than doing nothing. I get that the workouts I’m doing may not be the best, but they certainly aren’t the worst — which would be couch-sitting. Getting your heart pumping is better than not getting it pumping; lifting some weights is better than not; a moderate ride on a stationary bike is better than nothing at all. This is my attitude when I go to the gym as a newbie. I’m simply trying to figure out my own fitness and what I like/dislike. As time goes on, I’m sure I’ll refine my workouts, but for now, I’m simply enjoying the feeling of being physically worn out by the time I hit the exit.

5. Money is perhaps the best motivator of all.

I never really wanted to be the guy who needed to pay to be motivated to work out. I used to tell myself, “If my health and fitness is truly important to me, I’ll get outside and run or I’ll do a good bodyweight workout here at home.” What a load of crap. I was just being cheap and lazy. When you’re paying $30 a month, and in many cases more than that, you’ll get your butt out the door a lot easier than by gumption alone. I didn’t think money would be such a motivating factor until I actually dropped some coin and realized the more I used the gym, the cheaper my per-use cost was, and ultimately, the more I was getting out of my monthly payment. Don’t fear paying to get healthy. And if it’s not in the budget, drop the cable membership. After all, many gyms have ESPN on multiple TVs throughout the facility, and that’s really all you want anyway.

6. You will progress, but it will be slow.

Our fast-paced culture doesn’t like slow progress; instant success is far sexier, but also incredibly unrealistic. So when people go to the gym and drop their membership after a few months, I think it’s because they’re annoyed that they haven’t instantly been transformed into super athletes. “I’ve been working hard twice a week for three months, how come I’m not ripped yet?! Ugh!” It’s exciting when you PR anything at the gym — be it on weights or a cardio machine — and demoralizing when you fail. In the first few weeks of having a gym membership, I progressed rapidly, and it felt awesome. But then I hit a wall, and actually regressed a little. I wasn’t completing the workouts that I had successfully finished the week before. In those moments, it’s easy to think it’s not working. We actually end up catastrophizing the situation. “I can’t complete this workout, I’ll never be able to reach my goals, I’m destined to become fat and die early.” And then we go back to the couch to live out that destiny.

So how do you get past that? You just have to shift your mindset to one of slow progress rather than instant success and stick with it, even in the midst of failures. If you keep going, and keep working hard, you’re bound to get better. The key is just to not quit. Sound simplistic? It is. But that’s what our world needs when it comes to health and fitness right now. As long as you don’t quit altogether, you’ll progress.

Do you have tips for a gym newbie? What helped you get over the intimidation factor? 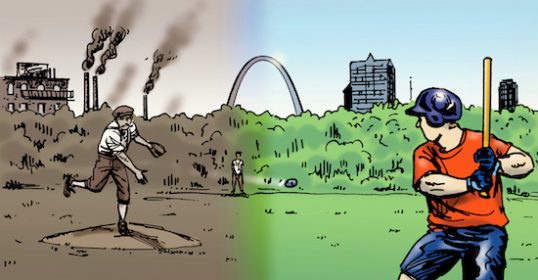 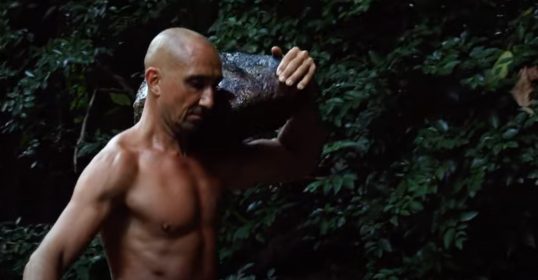