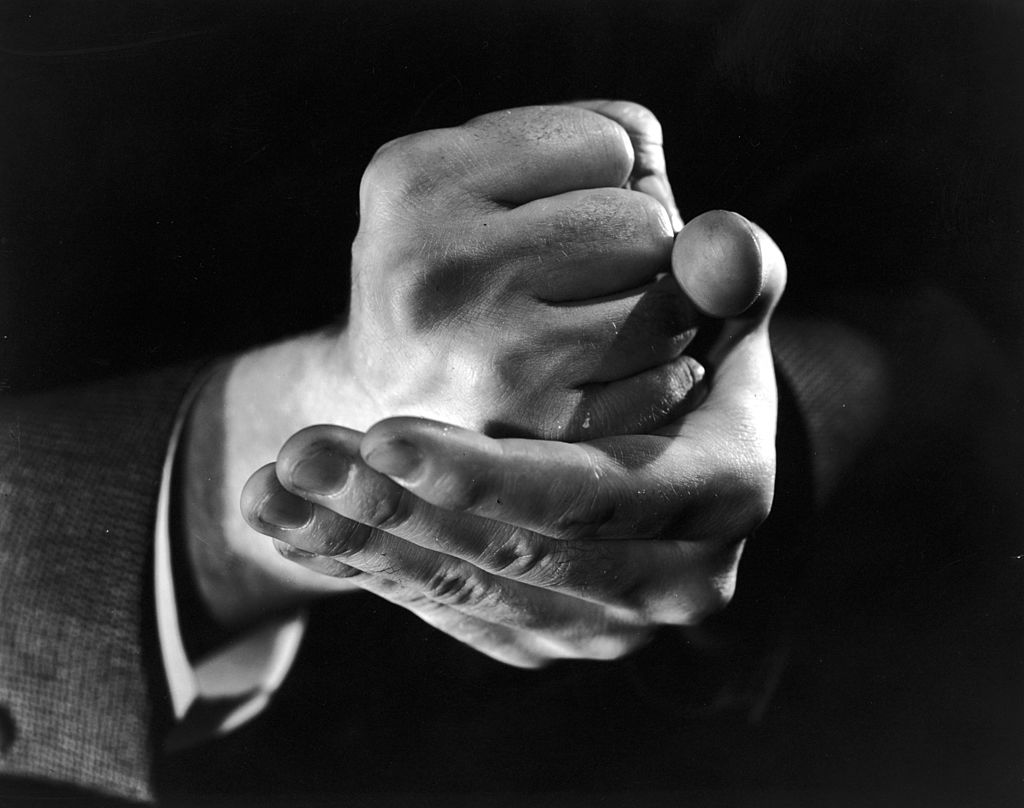 Editor’s note: The following selection on “Will Power Habits” comes from The Technique of Building Personal Leadership (1925) by Donald A. Laird. We changed “will power” to “willpower” in the text, to match modern vernacular.

I don’t know what willpower is. But I do know that many people have difficulty in directing their mental and physical abilities consistently and effectively. Perhaps it is determination and grit they lack, perhaps it is a lack of willpower. At any rate, they are lacking in a vital quality that makes for achievement. Near-poets are about the only people that can be a success with this lack in their make-up.

You may have known of people with such strong determination that they were privately called obstinate and stubborn. This is selfishness rather than the consistent direction of one’s energies. It is not willpower, but won’t power. Many people think they are strong willed and moral merely because they do nothing bad. The real test, however, is not negative but positive. It is: how much good have you directed your energies to accomplish?

“May the gods spare me from these ‘burn-‘em-up’ salesmen who work like a whirlwind the first week each month, and lay down the rest of the month,” a sales manager of a Wall Street bond house said to me recently. He wanted bond salesmen who made most commissions for themselves — and incidentally for the company — at the end of the year, not those geniuses who could sell without trying and who tried very sporadically. The race is not always won by the swiftest, but often by those with the rare quality of stick-to-itiveness.

The track coach of a midwestern university recently told me the following story which illustrates the point. Joe Smith came to college from the farm. He was too small to play football, too near-sighted to get into baseball or basketball, but he wanted to serve the school and make a name for himself in track. But the track coaches could see no signs of promise and Joe was advised to take up debating or checkers.

Discouraged, but still determined, Joe secretly trained himself for three years for the distances. Two miles from the campus where he lived was an attorney’s home, and Joe took care of the furnace. Early mornings when no one was stirring about the campus he ran to his furnace. Late at night he repeated his morning program. He timed himself, varied his stride, and kept at it for three years without the coach being any the wiser.

When entries were being made for the spring meet of the conference Joe came out the first afternoon and showed the coach what he could do. The coach agreed to enter Joe in the two-mile distance. Joe held out, however, until he was entered for the half mile, mile, and two mile. He qualified in the preliminaries, and when the finals were run Joe came in first in each one.

I have fallen into the habit of thinking of Joe when I feel like running away to do something else. It helps me keep from becoming discouraged too easily. It helps me plan for results not just for a day but for a goal set several years into the future. I have found that it also helps others to know about Joe. Difficulties such as Joe surmounted really give the best experience there is for developing what some call will power.

There are several easily formed habits of work and thought which also give an added impetus to self-determination and energy direction.

Get down to business at once is one of them. I know of people who actually tire themselves out in getting started to work. They listen for the clock to hear if it is running (although it has never missed a day). Then the things on top of their desk have to be arranged just so. Then they begin to wonder what they should do first. Suddenly they think it would be thoughtful to sharpen a supply of pencils. They should be made to realize, however, that it is better for them to grab the first letter and tend to that than indulge in all this will-weakening dalliance which each day gets a firmer hold through the tenacity of habit formation.

Another one of these important habits all should try to get deeply ingrained is to do the hard or unpleasant task the first thing. Continually postponing writing an unpleasant letter, for example, makes delaying it easier the next time. I have found personal desks literally crammed with unpleasant tasks of this nature. This particular person was not conscious of a weakening of his will; he was bothered with fatigue which his light job brought on. Little wonder! The accumulated worries in his desk would have tired anyone. Anticipating unpleasant tasks is thus not only undermining one’s self-determination but is building up additional fatiguing worry as well. Do the difficult job first in the morning and enjoy a more restful day. Learn to like difficult tasks, for it is these rather than the easy ones that steel your determination.

How many unfinished jobs are left behind when we put on our hat to go home also indicates the strength of our self-determination. To develop this trait favorably one should stick to a job until it is done. Form the habit of staying, not quitting. And when you do feel like quitting think of Joe who trained for the distances, or Daguerre who spent fourteen years to get a photographic image to stick on glass. Don’t be a putter-off.

The tired person is the weak-willed person who is easily led. Few people die from overwork, but many wills are killed in this fashion. The editor of one of the two best-known magazines in the world visited me last year. The first remark he made as he stepped off the train in Utica was, “For heaven’s sake, don’t ask me to make a decision; that is all I do all day long on the job and I want to rest.” Form the habit of keeping well rested. If you need an alarm clock to get you started mornings, you are cheating yourself on rest.

Are you sold on yourself, on what you are doing, on the goal and aim you have in life? If you are, there is little need of worrying about your will being weak. The best incentives for getting determined and consistent action come from within. It is a sorry person who does not have his inner self goaded along by the example of some famous man of history or of today’s business. Read about these people, associate with them as much as possible, and get under their shadow for personal encouragement and inspiration.