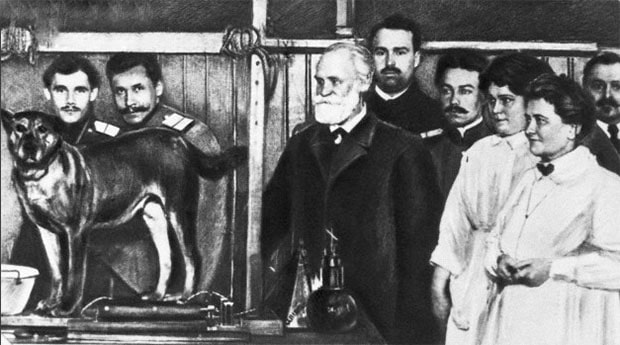 Editor’s note: This is a guest post from Maneesh Sethi.

Getting a call from the Travel Channel was the best thing that ever happened for my diet. And I didn’t even need to starve myself on some new wilderness reality show.

In 2011, a production company and the Travel Channel decided to produce a travel show — with myself as the host. It was a really exciting time.

Except for one small caveat.

I was a lot fatter than my pitch video had been. I had about 15 lbs to lose to get in “TV shape” (damn you, superficial American culture!).

So I had a choice: keep the show…or keep the weight.

I’ve run multiple body hacking experiments on my blog, Hack the System — but I’ve always had a hard time sticking to a nutritional plan. I knew that “motivation” wouldn’t last – that only works for a few days until I pass by Subway or heaven forbid Taco Bell.

I decided that, instead of giving up, I would take a deep dive into my own psychology to figure out not just WHAT worked, but WHY it worked.

I began this journey looking for a “quick fix” to get in shape for the TV show, but what I ended up discovering was the secret to long-term, permanent psychological change.

How Your Primitive Brain Sabotages You

As I began the descent into my own bad habits, I realized something powerful: your brain doesn’t always have your best interests in mind. In fact, when it comes to behavior change, that gray matter can be quite selfish and primitive. Researchers colloquially call this the “Reptilian Brain.” The Reptilian Brain has one function that it likes to perform more than anything else: seek pleasure.

Sounds benign enough, but this thought process doesn’t always play out favorably in the real world, especially when it comes to the habit change process. The truth is that pleasure-based, positive reinforcement doesn’t always work. Not long-term, anyway.

I tried rewarding myself with a small treat, or a massage, or a movie every time I went to the gym, thinking that this alone would encourage me to keep going.

It did work for a while. But then, it stopped.

If I wasn’t in the mood for one of the rewards I’d chosen that day, all my motivation to stick to the diet and training evaporated.

I’d forgotten to include the final piece of the Reptilian puzzle.

Running from painful circumstances is exhausting. It’s annoying. It’s the exact opposite of seeking pleasure. But it’s far more effective for maintaining habits long-term. When tasked with running away from something painful, or towards something pleasurable, you’ll almost always run faster and longer from the source of pain.

Your adrenaline spikes. Your endurance peaks.

That’s your brain, turning on the adrenaline.

I realized that if I combined the effects of positive reinforcement (rewards) and negative reinforcement (fear of pain), I could create a powerful, balanced formula for habit change. The resulting 3-step formula I developed is central to the habit change algorithm I’ve now taught to thousands of people that allows them to sever the bonds to even their most stubborn habits

Here’s how to implement the 3-step habit change formula into your life and create a new habit rapidly:

Step 1: Create A “Micro-habit” That Helps Achieve Your Big Goal

Not all habits are created equal – and some require much more cognitive power than others.

More complex habits are combinations of several simple habits. Consider all the automation that goes into driving a car. You don’t need to think about how to operate a car because the behaviors are so deeply embedded that it becomes a habit, but it’s actually a fairly complex process.

And when you get to work, you don’t even remember how you got there.

So how do we intentionally automate these processes to make even complex tasks less daunting?

In my case, what was the secret to making myself get to the gym?

Rather than try to force myself every day, I simply created a “micro-habit” that I knew would lead to the intended behavior. A micro-habit is a single, tiny action that necessarily leads to a bigger action.

If you want to floss your teeth, just floss one tooth. Commit to flossing just ONE tooth — and make that your goal for the day. If you are able to do that, you’ve accomplished your goal. You can check it off your list.

But here’s the trick: Once you perform the micro-habit enough times, it becomes much harder NOT to complete the entire habit than to simply do the whole thing.

In order to ensure that I got to the gym, my micro-habit was simply to swipe my card at the the entrance.

I picked a gym that was on my way back from work and every time I passed it, all I had to do was walk upstairs and swipe my card. After that, if I wanted to, I could go home.

Funny enough, it worked almost immediately. Some days, all I could do was swipe the card and leave. But 90% of the time I found myself saying, “Well…I’m already here…might as well just walk on the treadmill or something.”

An hour later, I’d completed the workout, and it was entirely because of the micro-habit, which took almost zero effort.

What micro-habit could you try?

If you want to run every morning, maybe you keep your running shoes by the bed and simply commit to putting them on in the morning.

If you want to write more, maybe you commit to writing just five words on a sheet of paper every day with breakfast.

If you want to read more, maybe you commit to just reading one paragraph and putting the book down.

It’s totally fine if all you can do is your micro-habit. But you’ll find that more often than not you end up doing much more.

I used this micro-habit formula to build motivation, and then I enlisted the help of an objective accountability partner to check in with daily to ensure that I stayed on track.

Step 2: Get Accountable and Use Push-Pull Reinforcement for Your Micro-habit

Effectively creating and cementing a new habit requires you to hit both levers of the Reptilian Brain.

When I was getting ready for the TV show, I created two opposite levers to motivate myself.

First, I created negative reinforcement by making a simple bet with myself: Every time I didn’t complete my micro-habit, I owed $50 to an accountability buddy. I had them check in with me every night.

This sucked, and a few days in a row, I owed money. But paying that money was so painful that it only took a few slip-ups to eliminate the urge to cheat on my diet or skip the gym.

My accountability partner, James, wasn’t too happy to stop receiving checks — but I’d successfully broken the first plateau of my own motivation and gotten some momentum.

Negative reinforcement can be achieved by doing something like placing a bet with a friend or even wearing a device that shocks you when you don’t stick to your predetermined habits.

To keep the ball rolling, I reintroduced positive reinforcement into the formula by rewarding myself with a small treat (the key is to keep it small) when I accomplished my goals. Getting myself a massage after 7 days of consistency with my diet and training felt really good — and it was well deserved.

Combined with the negative reinforcement, this little reward kept me going the whole month without skipping a beat.

The last piece of the puzzle is creating a spark, or “trigger,” to intentionally kickstart the entire micro-habit and reinforcement process.

The easiest way to do this is to find a habit that you already have, and purposely pair it with the micro-habit you intend to program.

Morning coffee is a great trigger for a micro-habit because it’s already established in many people’s daily routine. Essentially, every time you drink your coffee in the morning, you’d take those 5 minutes to complete your micro-habit.

Here’s how you would use morning coffee as a trigger to create a writing habit:

Micro-habit: write one sentence in your notebook every day.

Negative reinforcement: If you don’t write your sentence, you must report to your accountability partner at the end of the day and pay the agreed penalty. (You can automate accountability by using an online writing website – like 750words.com – which tracks your writing.)

Positive reinforcement: if you complete the micro-habit for 7 consecutive days, you get yourself that massage you know you love.

Trigger: morning coffee — write every morning while drinking it.

Ideally, you’d want to keep your notebook with a pen right next to where you drink coffee in the morning, to remove any barriers or excuses: “I couldn’t find my notebook…it’s all the way upstairs…my pen ran out of ink…”

This system would rapidly install the micro-habit of writing a single sentence, while providing both positive and negative reinforcement. The momentum you gain, even in the first few days, would lead to increased writing, well beyond the micro-habit.

Of course, coffee is just one example of a trigger. Almost anything that you already do can be used as a reliable trigger. In my case, I picked a gym that I knew I’d have to walk past every day on my way home from work. The trigger was simply seeing the gym.

When I saw the gym, I knew my only goal was to complete the micro-habit of swiping the card. From there, the rest of the process was automated to encourage completing the workout.

Using the 3-step system of micro-habits, reinforcement, and triggers over a period of 2-4 weeks, you’ll reprogram your brain and create a new behavior using your own psychology as leverage.


Spoiler alert: I used the system above to get ready for the Travel Channel pilot — and it worked! I lost 20 pounds and got in the best shape of my life.

Ultimately, the show didn’t run. But I gained something far more valuable: I learned the system for permanent change.

I started sharing the system with friends, family, and readers on my blog, and one thing was clear: the process and results were reliable and replicable.

Habit change is not some elusive secret known to only a select few. Nor is it something that you’re born with. Habit change is a simple scientific process that uses personal psychology to modify behavior and give anyone the results they are seeking. By using this 3-step formula it’s possible to rewire each of the negative habits that are holding you back from becoming the man you’ve always wanted to be.

Listen to my podcast with Maneesh:

Maneesh Sethi is the founder and CEO of Pavlok, the world’s first wearable device that doesn’t just track your habits — it actually holds you accountable and helps you change them with tested psychological algorithms — oh yea, and electric shocks. Featured on The Colbert Report and The Tonight Show with Jimmy Fallon, Pavlok uses positive and negative reinforcement to help users stick to their micro-habits and break even the most ingrained bad habits.