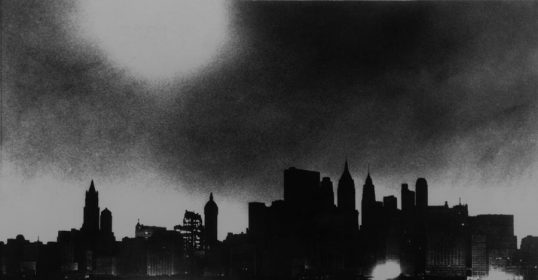 About a month ago, our household lost power in the middle of the night for a few hours. We could tell because we woke up extremely warm – the A/C had shut off, as had the ceiling fans. When it came back on, it came in surges, causing appliances to beep and jolt a few times, waking our 1-year-old son.

A couple weeks ago, after a storm in Northern Minnesota, some friends of ours were without power for 3 days and lost about 40 freshly cut fish fillets they had stocked in their freezer, along with a trash-sackful of other food.

In the rain-drenched Pacific Northwest, my mom and her husband have a generator which automatically comes on when the grid goes down. It gets used on a regular basis; the reality of where they live is that you’re going to lose power a few times a year.

While you may think that blackouts are few and far between, and you don’t need an article to tell you what to do and how to prepare, the reality is that they’re a pretty common occurrence. Because of the United States’ aging infrastructure, our rapidly increasing population, and a growing number of extreme weather events, the number of major grid failures (more than 50,000 households affected) in our country is doubling roughly every four years. In the early 2000s, large-scale grid outages occurred about 45 times per year, or around 3 per month across the entire country (surprising how low it is, isn’t it?). Now, there are large-scale outages almost daily.

Power outages are not an emergency that is geographically confined. Everyone, in every part of the country (and world), experiences them. The desert Southwest, tornado country, hurricane country (we’re coming up on hurricane season now!), and everywhere in between.

In order to come out the other end of a power outage safely and comfortably, there are things you can do before, during, and after the electricity goes out. Follow the tips below, and your neighbors will be coming to you asking for advice the next time the grid goes down.

Before a lengthy power outage ever occurs, there are some steps you can take to ensure that when (not if) it does happen, you’ll be ready, and emerge out the other side with no, or minimal, harm done.

Have a stash of emergency supplies that includes a few outage-specific items.

Having a stash of emergency supplies on-hand at home is crucial no matter the dire scenario. There are a few things though that are related specifically to power outages that you should have handy, perhaps even in multiple places in the home/garage.

Have extra batteries for computers/phones, or, separate charging solutions.

With as much as our world relies on computers, phones, and the internet of things, having backup systems in place for your electronics is a good idea. Extra computer/phone batteries are pretty cheap (except for Apple device owners…) and obviously easy to store and pack. Solar charging solutions are good for Apple device owners, as well as for those who wish to provide yet another layer of redundancy.

If you have a generator, know how to operate it and have extra fuel on hand.

Generator safety could be an entire article of its own (generators are one of the leading causes of carbon monoxide poisoning, especially during disasters), but for our purposes, if you have one, know how to safely and properly operate it. Don’t wait until the power is out to read the manual.

Also be sure to actually have the fuel on-hand for when an emergency occurs. Many are fueled by gasoline; some are propane powered, and solar models even exist.

Know how to use your manual garage release.

If you have an electric garage door opener (you probably do), it’s not going to work in a power outage. And the door won’t open manually unless you pull the release cord. It’s extremely easy, but something a lot of people have never learned. 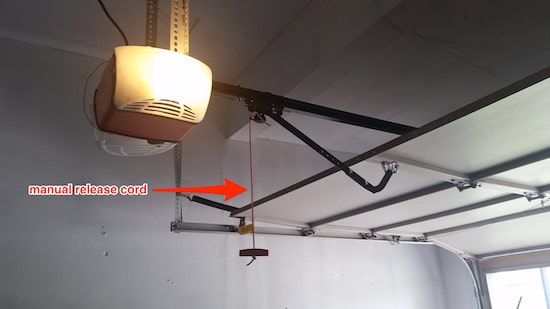 Pull this cord, and you’ll be able to manually operate the garage door. Pull it back (towards the direction of the opener itself) to re-engage it.

Have a backup solution for essential, electrically-operated medical devices.

If you require one of these devices, contact the manufacturer — they are sure to have procedures in place for when the power goes out. You should also contact the electric company and let them know you have essential medical devices in the home; you’ll get priority for restoration during power outages. It should also be noted that if you have a needed medical device, it’s prudent to invest in a generator that automatically turns on when the electrical grid goes down.

Check to see if it’s just a flipped breaker switch.

When you notice the power is out in your home, first check your electrical panel and see if everything is in order there. If a switch is flipped off, flip it back on, and check for power. If nothing comes back on, or the panel looks fine, check to see if it’s just your home. In most neighborhoods, it’s easy to tell if the outage is confined to just one home (at least at night). Are exterior lights on? Are rooms lit up from TVs, computers, and lamps? Are night lights on?

If it’s just your home, call your electric company and they can send someone out. If it’s a wider area, you can often check your electric company’s website to see a map of the outage, a reason, and a prognosis for returned service. (We did this during our power outage; it’s pretty incredible the amount of info you can get online! (We used our phone’s 4G service.))

Use flashlights, not candles.

While candles look pretty, don’t use them as your primary source of light during a power outage. One or two for ambiance is fine, but lighting candles all around the house is quite a fire hazard. Will you remember to blow all of them out when you hit the hay or when the lights come back on? Will Fido knock one over with his wagging tail? Too many variables there. As stated above, have flashlights (and/or battery-powered lanterns) on hand in multiple places in the home, and don’t be afraid to use them.

If a power line is down near your home, do not approach it.

Keep fridge and freezer doors closed as much as possible.

Keep your food cold! You have limited time to do so anyway, so any opening and closing of the door simply reduces your window for not having to throw out your perishables. In the fridge, food is okay for 4 hours in a power outage; in the freezer it’s good for 24-48 depending on how full it is (the fuller the better). When the power goes out, if you’re so inclined, you can transfer fridge items to the freezer right away to preserve things a little longer.

Turn off or unplug anything that was on during the outage.

When the power comes back, it can surge at first, causing damage to appliances and electronics. And if not outright damage, it can screw with programming and software. When the power went out in our neighborhood, I had to re-program the garage door opener because it wouldn’t close all the way. Be aware of those sorts of things and switch most everything off.

It is a good idea, however, to keep at least one light (or a plugged-in radio) turned on so you know when the power is back.

Avoid travel by car, if possible.

If stoplights are out, traffic will be congested, and more dangerous.

Water filtration and sanitation services can be halted when the power goes out. With reserves and backup systems, it often only goes bad if the power is out for an extended period of time. If you’re concerned, check with local authorities as to your water’s safety, and if there’s doubt, you can throw water in a pot and boil it for a minute on your gas stovetop or camping stove. Or stick with the bottled variety.

Be prepared for the weather.

In the middle of summer, take measures to keep the house cool. In the winter, follow these steps to ensure the house (and the people inside!) stay plenty warm.

Update: Get outside and hang out with your neighbors!

Believe it or not, just a day after this article originally published, I had another significant power outage which lasted from about 4pm to 7pm. Since it wasn’t nighttime, I wasn’t able to check other people’s power situation by just snooping out my window. I looked outside, saw my neighbor across the street also outside sort of looking around, and I decided to head out there as well. We confirmed that both our houses didn’t have power, and then, funny enough, more neighbors from the cul-de-sac came out. What started as simply checking on how far the power outage extended, turned into a lovely later afternoon of hanging out with neighbors and shooting the breeze. So when the power goes out, don’t just stay holed up in your abode, but get out there and interact with some people!

Use a thermometer on any foods and beverages that you can. Throw out anything above 40 degrees. Also use your nose; “when in doubt, throw it out.” Better to throw out something questionable than eat it and get sick.

Wait a few minutes to plug electronics/appliances back in.

This protects against any surges that happen when power is restored, and also puts less stress on the electrical grid. Think about it: when power comes back on, all those appliances and electronics and even lights instantly come back on, putting quite the strain on homes in the area, and the electrical infrastructure itself. By waiting just a few minutes, you’re not only helping the grid, but ensuring greater longevity for your appliances.

After a lengthy power outage, you’ve used up flashlight batteries, fuel for your generator, your stash of non-perishable foods…now you have to re-stock it all for the next outage. Also take note of what you didn’t have that would have been handy. Maybe you thought that cranking an emergency radio wasn’t very effective, and you’d rather just have double the batteries you had last time. Perhaps you realized you didn’t have enough non-perishable goods on hand. Or maybe you simply need to buy a couple of board games to better pass the time when your laptop’s not working! Do a post-mortem of the event, and ensure that next time you truly have everything you need.