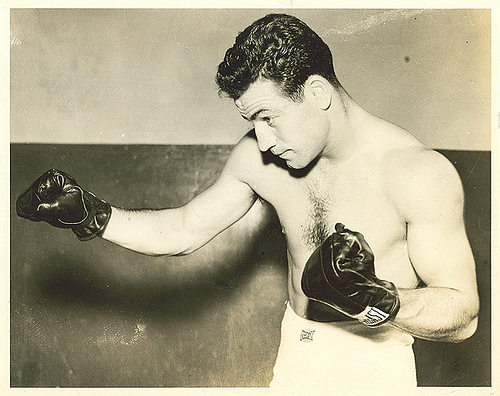 Every man will find themselves in a situation during their life where hand-to-hand combat may be necessary. As a result, every man needs to have an arsenal of tools to work with when fighting an attacker. There’s no better tool than the classic overhand or power punch. In the hands of a highly trained individual, this punch can be deadly. Below are 3 simple steps that can help you throw a punch that can knock an opponent on their butt.

The punch. Bring your jab back while simultaneously throwing your overhand punch. Throw the punch in a semicircle on top of your opponent’s guard, sort of like throwing a baseball pitch. Increase the power of your punch by pushing off your back foot and twisting your hips much like you would swing a bat. Don’t aim at his face, but rather a couple of inches behind his face. That way you’ll have maximum power when your fist lands on your opponent’s face.

The defense. Overhand punches leave you vulnerable after you throw them. Keep your jab hand up by your face to protect against any counters. Spinning away from your opponent after you throw the punch can also help create distance between you and him.

Listen to my podcast with Jonathan Gottschall about why men fight: