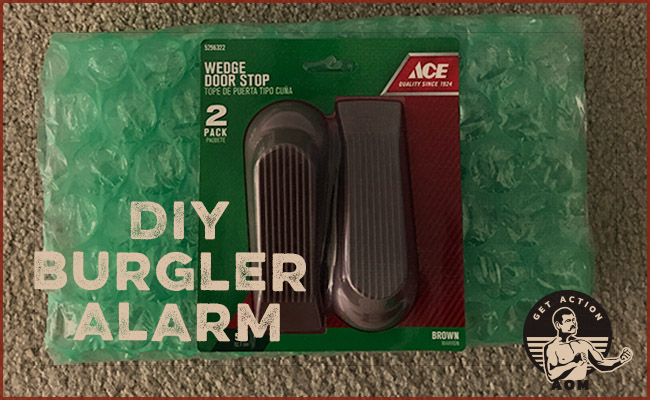 At home, you have any number of options for keeping you and your family safe from break-ins. All sorts of extra-strength locks and security systems are at your fingertips, which allow you to sleep soundly at night.

When traveling, though, things can be a little different. Your Airbnb rental might have nothing more than a deadbolt. Your inexpensive hotel room may just have a chain lock, which are often flimsy and easily cut through.

Things can get especially dicey when traveling internationally; as personal defense expert Nick Hughes mentioned in our podcast on becoming your own bodyguard, it’s when traveling abroad that folks are in the most danger. Combine that fact with less security overall in places that are a little off the beaten path, as well as workers who aren’t background checked in the least, and you quickly understand why you hear horror stories about folks being burglarized while on vacation or even business trips.

When Hughes worked as a professional bodyguard, he’d add an extra layer of protection for both himself and his clients by traveling with a simple DIY burglar alarm that consisted of nothing more than a rubber door stopper and some bubble wrap. Here’s how to use this deterrent device yourself.

The World’s Easiest and Most Foolproof DIY Burglar Alarm 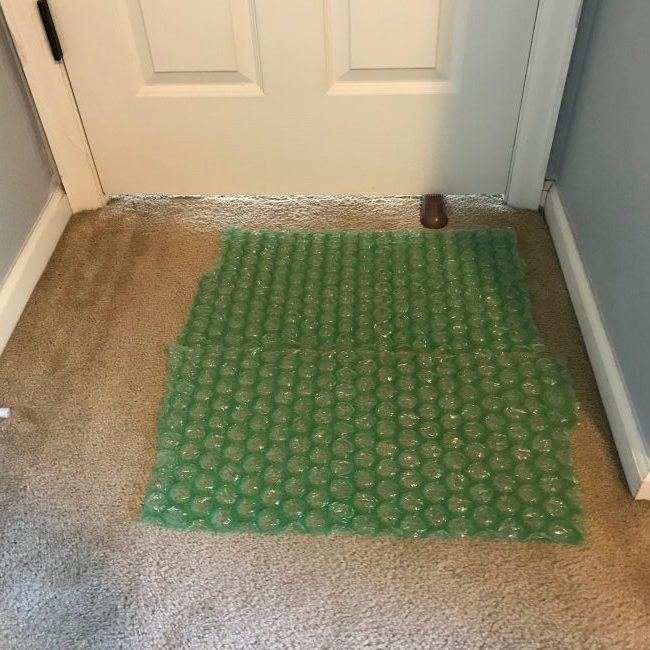 Whenever you travel, pack a rubber door stop and bit of bubble wrap — Nick told me he brought a chunk that was the same size as his suitcase. Both items are cheap and very light and won’t add much weight or take up much space in your luggage.

Then when you turn in for the night, put the stopper under the door, your bubble wrap on the floor in front of it, and rest a little more peacefully.

Note that I said this was “foolproof” (because even a fool can do it!) and not burglar-proof. This isn’t going to stop anyone, of course, if they really want to get in; rubber wedges can be fairly effective in blocking the door, but the effectiveness depends on the kind of stopper used (some are made especially for security), the type of flooring it’s placed on (it’ll get much better traction on tile than carpet), and the strength of the intruder. But, it does add an element of surprise to someone’s entrance which may very well stop him in his tracks and even turn him away. To encounter a door that isn’t opening as it should will be a bit of a shock; it derails an intruder’s OODA Loop. Should he push his way in anyway, he’ll then be surprised and thrown off even more by the popping of bubble wrap. (Big bubbles will be louder.)

While this “device” will come as a surprise to an intruder, it will ensure that the intruder doesn’t come as a surprise to you. It will give you a few precious seconds of warning so that you recognize there’s a trespasser at the moment of his entrance, rather than when he’s standing over your bed or when you’ve woken up in the morning and found your valuables have been stolen.

Use this anywhere you stay that utilizes only a deadbolt or a lock with a small chain. A swing bar guard is almost always much safer, though there are still tools that will break though even that.

An extra layer of security never hurts, especially when it’s as easy to set up as this portable, DIY, bodyguard-approved burglar alarm.

For more tips on being your own bodyguard, listen to our conversation with Nick Hughes: