Locking your keys in your car is one of those bone-headed moves we’re all bound to make at some point. No matter how smart or careful you are, mistakes happen. Knowing how to get back into your car without calling a locksmith is an opportunity to make up for your careless error. Depending on the type of door locks your car has, and on the tools and materials you have at your disposal, there are several methods you can try to get back into your vehicle. Below we highlight three of those methods. 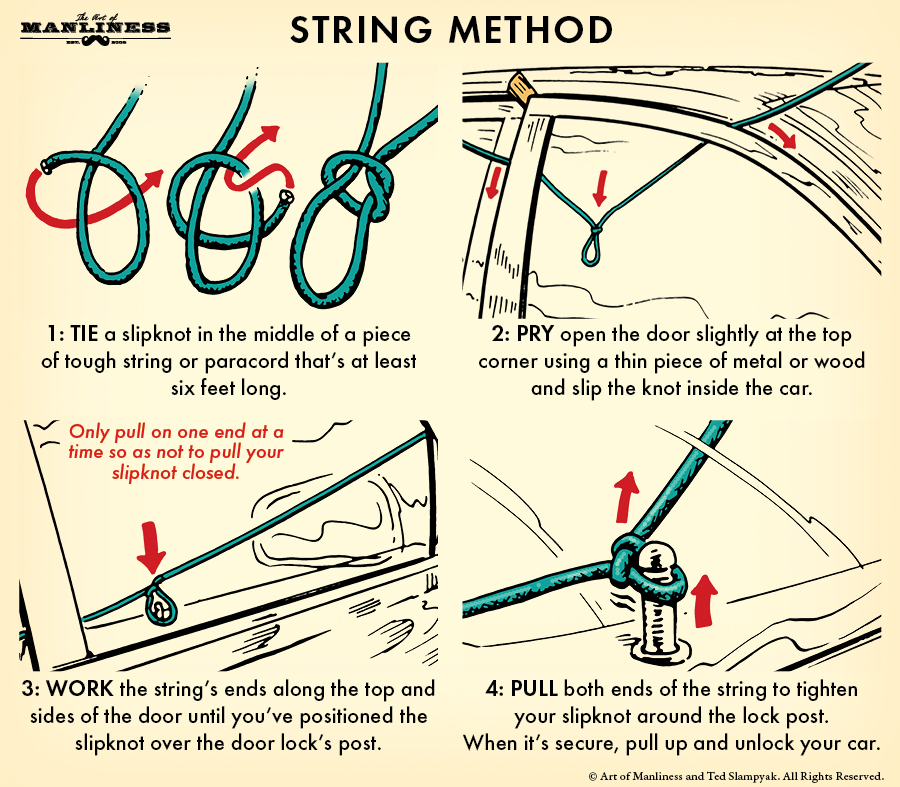 The string method only works on cars that have post-style door locks. Furthermore, it only works on post door locks that have a small knob at the top that will allow a knot to grip them. If this is your car and you’ve got some string, you’re in luck.

The Wedge and Rod Method 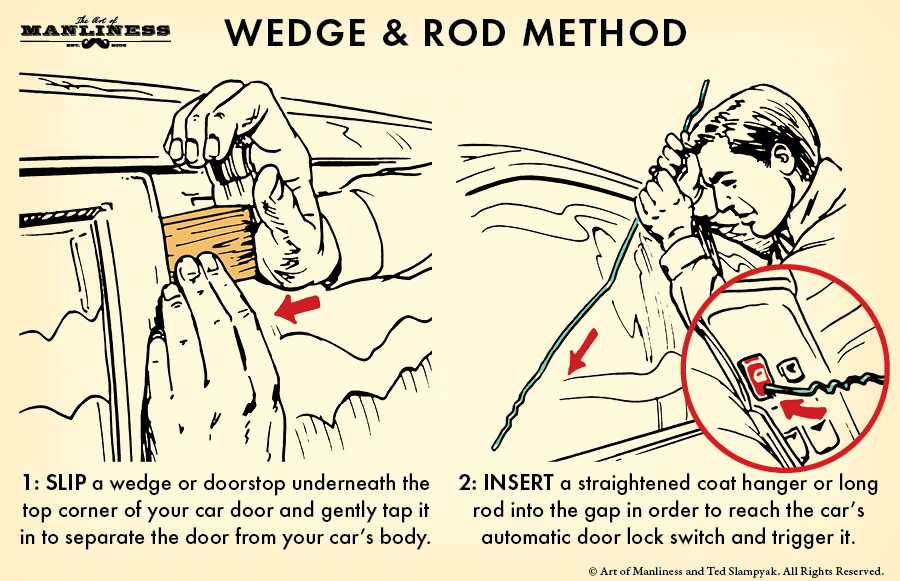 Most effective on newer cars that have automatic door locks or buttons along the door’s armrest, the wedge and rod method is also the most likely to damage your door if done the wrong way. Take caution when wedging the door open to not put too much pressure on the window, causing it to break. 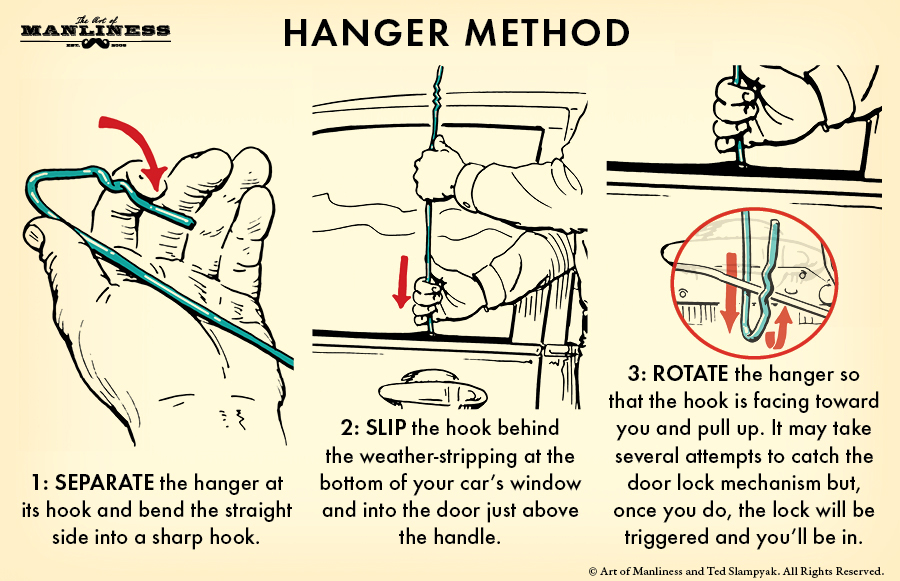 Using a hanger is one of the most classic ways to get into your car. It’s especially effective for older cars using the method described here, but it can also be used as a rod for the wedge and rod method described above.

1: Tie a slipknot in the middle of a piece of tough string or paracord that’s at least six feet long.

2: Pry open the door slightly at the top corner using a thin piece of metal or wood and slip the knot inside the car.

3: Work the string’s ends along the top and sides of the door until you’ve positioned the slipknot over the door lock’s post.

4: Pull both ends of the string to tighten your slipknot around the lock post. When it’s secure, pull up and unlock your car.

1: Slip a wedge or doorstop underneath the top corner of your car door and gently tap it in to separate the door from your car’s body.

2: Insert a straightened coat hanger or long rod into the gap in order to reach the car’s automatic door lock switch and trigger it.

1: Separate the hanger at its hook and bend the straight side into a sharp hook.

2: Slip the hook behind the weather-stripping at the bottom of your car’s window and into the door just above the handle.

3: Rotate the hanger so that the hook is facing toward you and pull up. It may take several attempts to catch the door lock mechanism but, once you do, the lock will be triggered and you’ll be in.