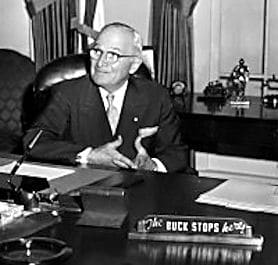 We’ve talked a lot about the Nice Guy Syndrome here on AoM. You know the guy. Big time people pleaser, always puts others before himself, lets people walk all over him. Heck, maybe you’re that guy. These so-called Nice Guys might appear happy on the outside, but on the inside they’re feeling burnt out, resentful, and depressed.

One trap that a lot of “Nice Guys” fall into is always saying “Yes!” to every request that comes their way. These “yes men” are afraid that people will stop liking them if they say no. By saying yes to everything, the Nice Guy piles on the obligations and deadlines to his already busy schedule. He ends up spreading himself so thin that he can’t even fulfill the obligations he said yes to in the first place, which in a sadly funny, yet totally predictable turn of events causes people to resent Mr. Nice Guy- the very result Mr. Nice Guy was trying to avoid by saying yes in the first place!

A man firmly sets his core values, goals, and priorities, makes time to tend to them, and says no to things that conflict with what’s important. He doesn’t lose sight of the best, by pursuing the endless opportunities for the merely good.

What Nice Guys don’t realize is that it’s possible to have this kind of backbone and be able to say no while maintaining positive relationships with others. In fact, it’s even possible to say no to people and leave them thinking you’re a pretty swell guy.

If you’ve been having trouble saying no to people, we’ve provided some pointers on how to do it without coming off as a cad.

Don’t make the no personal. Instead of making it seem like you’re saying no because you don’t like the person, think their cause is crazy, or their parties are boring, just let them know you’re simply “following the rules.” By this I mean that your pre-set personal rules prohibit you from saying yes.

Let them know you wish you could say yes. Letting someone know you sympathize with their request, but still can’t grant it, will soften the blow of the no.

Show them that you thought it over before saying no. Feeling like you’re getting the brush off can be just as hurtful as hearing “no.” Show the person that you took the time to understand their request before turning it down.

Offer a “consolation prize.” If you can’t fully grant someone’s request, think of a way you can still do something to help out.

Show them that your “no” is really in their best interest. You can take some of the sting out of your no by showing the person that having you on board wouldn’t have worked out anyway.

Say no by helping the person say no to himself. Web designers, barbers, and other creatives understand the frustration of having clients request something they know will simply not look good or turn out well. But if you say no outright, the client may become angry and defensive. Instead, ask them about their goals and then kindly show them why their suggestion wouldn’t help them achieve it.

Let them know what it would take to get a “yes.” Don’t make the situation seem hopeless if it’s not.

Expose holes in their request. If someone comes to you with an idea that’s never going to go anywhere no matter who they talk to or how they tweak it, it does him no good to sugarcoat your no. But a “Get out of here, nutso!” isn’t the way to go either. Instead, ask them some questions that gently expose the holes in their plan. Help them see for themselves how untenable their idea is; you’re doing them a service.

Just say no. It turns out that DARE was right-sometimes you just need to “say no.” If someone is wasting your time and doesn’t respect you, there’s no need soften your denial. Tell them no and walk away.

A final note. While these pointers will help you soften the blow of a no, they should not be said with any equivocation or hemming and hawing. While remaining polite and warm, you must also be firm and confident. Say your piece and let that be that. Don’t let someone guilt you into doing something by making you feel bad about your decision. There’s no pride to be had in sayng yes, even to good causes, simply because you’re too afraid to say no. But you will find self-respect in making decisions that are in line with core values and priorities, regardless of what others think of you.

Listen to our podcast on overcoming nice guy syndrome: