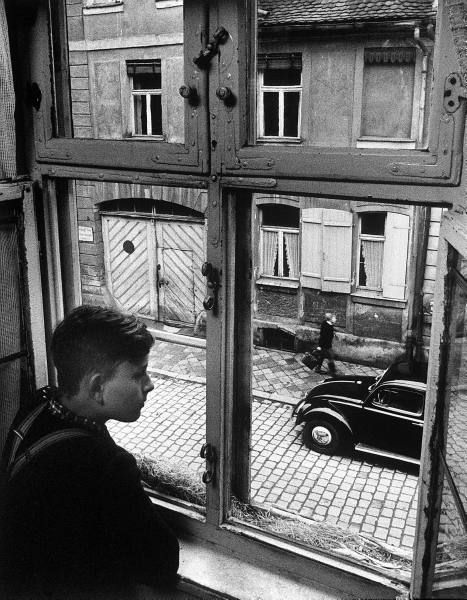 Editor’s note: Today we finish up our run of father-themed posts with an article from a different perspective. While having an awesome dad can help you become an awesome man, growing up fatherless can also motivate you to become better than your dad was. Andrew Galasetti used his less then perfect childhood as a springboard into honorable manliness.

Mr. Galasetti is an entrepreneur and the main writer of Lyved.com a blog focusing on various aspects of life and living it to the fullest. Lyved has published a number of popular articles which you may view here.

Like millions of people, I grew up in a single parent household. My mother divorced my father before I was in kindergarten. My father was a drug user and drinker, beat my mom often, and generally made her life a living hell. After they divorced, my older sister and I would still visit with our father on weekends. But as we grew older, he slowly drifted away from us, until one day, he packed up all his belongings and moved to another state without even a “goodbye.” I was about 10 years old at the time.

From then on we never heard from him, not even with a simple birthday card. It’s been over a decade since he left, so for the majority of the crucial developmental times of my youth, I had no father.

As we all know, growing up in a single-parent household means that the children are more likely to live close or at the poverty line while the parent tries to make ends meet. This is very difficult for everyone, and growing up fatherless brings its own set of difficulties for boys.

The statistics about single-parent households make you believe that every boy who grows up with one parent ends up on drugs, unsuccessful, and in prison, but that’s simply not true. Because of growing up fatherless, I have stayed away from destructive activity and crime and have instead moved into being a successful entrepreneur and towards a mission of changing millions of lives in a positive way.

I was taught a lot of things about being a man from growing up fatherless. Here are 6 lessons that I learned:

“What’s the difference?” you might be asking. Well, a father is a proper term for a male that produces a child. But in the eyes of a kid, a father is a “dad” or “daddy.” It’s a name that has to be earned; earned by being supportive of your child both financially and mentally. You don’t become a “dad” without working hard for it or without being there whenever your kids need you.

#2: A man needs to be self-sufficient

Don’t depend on someone else or a trust fund for your well-being and livelihood. At any moment, either could disappear from your life. I was fortunate to realize at an early age that no one is going to hand me my dreams or what I need in life, and that I need to go out there and capture it myself.

Since we live in modern times we aren’t required to farm and hunt to survive on our own. Self-sufficiency is different; it’s now more about thriving as a man than just surviving. These days we can gain self-suficency by doing things like:

Be open-minded to various cultures, subjects, views, and people. The more things you experience and the more subjects you are knowledgeable about, the more situations you can handle. Seek valuable skills that will make you an asset to employers and communities.

Fear is probably the biggest obstacle for most people. It keeps us from success, keeps us from getting what we need, and it keeps us dependent on other people.

Though the law considers any male 18 and over as a “man,” a boy becomes a true man through experiences and by learning from those experiences. Sometimes this can take years past the age of 18 to happen.

Through experience a boy becomes a man by:

#4: Blaze your own path instead of following someone’s footsteps

I can’t understand why so many young men decide to do exactly what their fathers did with their lives. You may be thinking that it’s easy for me to say this because all I had to aspire to was becoming a drinker, drug user, and abusive deadbeat. But besides that, my father did work; he did construction and odd jobs. That’s a common career that sons decide to pursue because their fathers did.

Any work is worthy work and if  what your dad does or did really is your passion too, then that’s great. But for me, I wanted something different, something more exciting and something that had never been done before. Here’s a great quote that  makes you rethink following so closely in someone’s footsteps:

We are not here to do what has already been done. – Robert Henri

Men go down the path less-traveled and never traveled.

No matter how strong my father is physically, mentally he is weak. He didn’t have the conviction to be a dad. If you want to be a man of great courage and accomplishment, it isn’t going to happen just by hitting the gym and lifting weights. A courageous man stands up for the weak, stands up for what he believes in, faces fear, failure, and criticism. He’s not afraid of responsibility and seeing things through to the end.

#6: Your father doesn’t need to be your father figure

If you have a father who’s incarcerated, or who left you, or who didn’t have much success in life, look for a father figure in someone else. Every man needs a father figure, even far into adulthood. You don’t even need to know him personally, and he doesn’t even need to be alive. Most successful men leave a legacy and lessons behind, whether in a book or video. You can then read, watch, and practice their advice; just like any other father figure. My four most influential father-like figures are Chris Gardner, Andrew Carnegie, Richard Branson, and Randy Pausch.

In addition to studying the lives of great men, seek the companionship and camaraderie of male friends. As Wayne has said, as you open up to these men, they can become “father figures” to you as well.

So growing up in a fatherless home is something that I’m now proud of experiencing. It has made the line between a boy and a man much clearer for me.

For a quick synopsis and a few more lessons, here is a list of what I learned a man isn’t and what a man is from growing up fatherless: