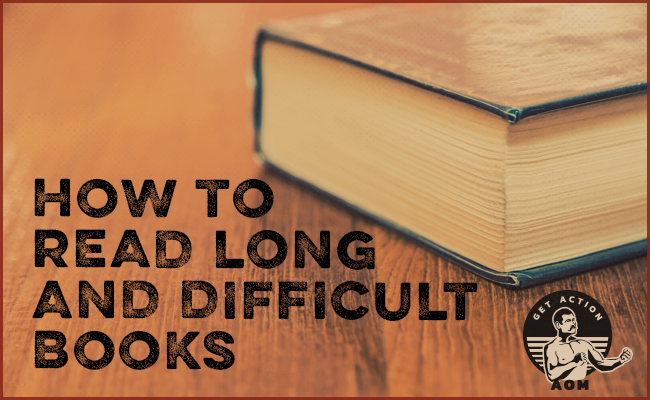 Even though these books were enjoyable, and I had a genuine interest in the subject matter, they were often hard to read, if for no other reason than their sheer volume. Large pages, small fonts, tiny margins. Les Mis, because of its actual weight, had to be read sitting up, and often in a chair with an armrest because the thing was so dang heavy and unwieldy. (While I could have read an e-version, as I’ll explain below, I often prefer hardbound copies of classics, even if they’re harder to wrangle.)

While Hugo and Dickens are a delight to read, the reality is that their language is so different from today that it takes brain power to really digest. And while those biographies I mentioned aren’t necessarily old, they are dense with facts, especially when you’re new to that person/time period. They’re just intimidating for folks who aren’t used to that type of reading which requires sustained focus and a bit of endurance.

Before the last year or so, I would have probably counted myself in that camp. I had tried to read Washington: A Life and gave up after a few hundred pages. I’d tried Moby-Dick and met a similar fate. The allure of a big, meaty book was great, and yet I couldn’t find the stamina to actually finish many.

So what was it that finally put me over the top and allowed me to get all the way through these hefty tomes? (And then to keep going too!) At the time, I wasn’t quite sure why. I figured it was some combination of having a plan and finally having the gumption to just keep flipping the pages. But after thinking about it, I realized that there was some innate method to how I was accomplishing it. There’s no need to be intimidated by old books, long books, or just plain hard to read books. It really is a skill to be learned in our Smartphone Age.

Here’s how I did it (and continue to do it), and how you can too:

1. Make a plan for yourself.

Without a doubt, part of my success in reading at least a few of these books was that I had embarked on a couple different reading projects. One was to read a biography of every US president; the other was to read all of Dickens’ novels. (Both were set with indefinite timelines so that I can read other things too.) Having an end goal sure made it easier to get through Chernow’s Washington and Dickens’ sprawling and loosely connected series of vignettes that make up his first novel, The Pickwick Papers.

Have a particular area of interest you want to explore? Is there a list out there that has really piqued your interest — perhaps AoM’s “100 Books Every Man Should Read”? Do you have a favorite author whose canon you’d like to explore in full? Make yourself a reading plan.

2. Set a small amount of time or pages per day that you’ll read.

One of the keys in achieving that plan is giving yourself a micro-goal. My plan to read 44+ presidential biographies (some of which are multi-volume) gives me helpful direction, but it’s too distant an end goal to sustain my motivation from day to day. Even focusing on simply finishing the next book in the sequence is tough, when that book is massive — presidents’ lives are often very well explored and documented.

So I go even smaller and set myself very attainable reading goals. I often flip through the book first to get a sense of how long chapters are; with Washington: A Life I set out to read a single chapter a day. With chapters averaging just 10-20 pages, this was totally doable. For books that have longer chapters (like Caro’s LBJ series), I’ll set a time-based goal, usually 30 minutes a day.

Working from home, and not having a commute or anyone to disturb my lunch hour, I perhaps have more spare time to read than others. If you’re really cramped, give it just 10-15 minutes per day. You’ll get through those long and hard books far quicker than you’d expect, and when time and energy allow, you’ll often willingly do more than what you’ve allotted.

One of the things that helps keep me engaged, especially when reading a long and/or difficult book, is making myself interact with the text. I almost always read with pencil/notebook at the ready, underlining interesting tidbits and writing one-sentence summaries of each chapter or important section. In James McPherson’s Battle Cry of Freedom — a classic history of the Civil War — I literally drew an illustration in my notebook when he mentioned the concentric circles of anti-slavery beliefs in the North. If you’re reading an e-version, underline and take notes in the same way. It’s a little harder (mainly for the notes part), but still worthwhile.

This can make a surprisingly big difference in your reading experience. Reading can be a far more kinetic activity than you’d think. The weight of the book, the styling of the font and the design of the text, even the cover art — if a book is nice to look at and easy to hold, you’re more likely to pick it up.

Tangible and tactile, and free from the distractions built into my phone, I prefer paper copies for most of my reading, and often hardcovers specifically. Paperbacks are more portable, but the text is often a little harder to read with darker, smaller font size and tighter margins. And while I enjoy used bookstores as much as anyone else, I don’t like reading copies that have any notes or underlining in them already. It’s too distracting. So I always make sure to get a clean copy.

When it comes to classic literature, you often have a ton of choices. Old versions are sometimes fun to have, but often harder to read, with small margins and overly dark text. I also like explanatory endnotes and lengthy introductions, which older versions almost always lack. Penguin Classics is the gold standard in my opinion. I have a few handfuls of those black paperback covers staring at me from my shelves. If I’m really feeling like I want a hardcover for whatever reason, I also really like the Everyman’s Library editions.

In spite of the above, I’m also slowly getting back into reading with my Kindle. I tend to go in for an ebook when it’s not a volume I’m collecting, or that I desire taking up shelf space, or there’s simply a Kindle sale going on that’s too good to pass up. Certainly, when it comes to comfort, reading on a couch or in bed with a lightweight Kindle is hard to beat. I can read a weighty biography with a single hand, and even still chase kids around the house if need be. Plus, it doesn’t have the glare or distractions of a smartphone or tablet. And one final benefit of reading on a Kindle: free classic books! Anything published in 1923 and earlier can be had for free and downloaded within seconds.

Ultimately, find what you like. Whether it’s a cheap used paperback, a new hardcover, or the ease of a Kindle edition, find the book version that you most enjoy reading.

When it comes to long and difficult books, part of the struggle is just that they can make us feel dumb when we don’t know certain words or don’t have the contextual knowledge that would make it easier to understand. When I started to delve into Civil War reading, I got myself an atlas of Civil War battles and movements. When I read Les Mis, I kept my phone nearby to look up French phrases, antiquated and out-of-use words, and facts about the Battle of Waterloo (a section of text which nearly killed me).

You’ll likely find it helpful to keep your phone at hand too; while you could invest in a hardbound dictionary, you’ll often need to access various resources to investigate various references (historical, cultural, etc.). Looking things up on your phone can invite the temptation to browse other apps, of course, but just fight past the Instagram itch. If that’s too difficult to do, block distracting apps during your reading time (here’s how).

6. Just get through the hard parts.

With every long and/or difficult book, there’s bound to be a part that disengages you and makes it hard to pick back up. My encouragement to you: just get through it, even if it means skimming or (heaven forbid!) skipping chunks if needed. When reading the aforementioned Churchill biography, I skipped a section on his experience in the Boer War since I had already read Candice Millard’s spellbinding account on that same time period (and listened to her interview with Brett).

Even if you don’t already know something, don’t worry about missing things. The first time you read a book, especially a long or difficult one, you’re going to inevitably miss things anyway. If it’s a novel, you’ll catch up to the plot quickly enough; if it’s non-fiction, you’ll survive missing a few facts — if they’re important enough, they’ll come back up. Trust me: It’s okay to skim things.

7. Take advantage of the momentum!

Part of why I’ve been able to read a lot of long books in the last year, I think, is simply that I finished Chernow’s Washington, which is a book I had previously given up on. Turning the final page and closing the back cover was quite gratifying. I knew that I could read the next hard book, whatever it might be. (It was David McCullough’s John Adams; McCullough is a great storyteller, but even he had a hard time making Adams’ decade in Europe exciting. Nevertheless, I got through it easily.)

The same was true of Les Mis. After 1,432 pages and two months of reading most days, I was rather proud of what really felt like an achievement (perhaps more than it should have!). Finish one big, hard book and you’ll have momentum on your side. Really all it takes is one “win” to bolster your confidence in your reading capabilities.

I know now, moving forward, that I can read and finish just about anything you put in front of me. With a little bit of daily diligence, intentional engagement with the text, and some strategic skimming and skipping if necessary, you can do the same.

You can follow along with what I’m reading — plenty of long books included — by signing up for my weekly newsletter: “What to Read Next”