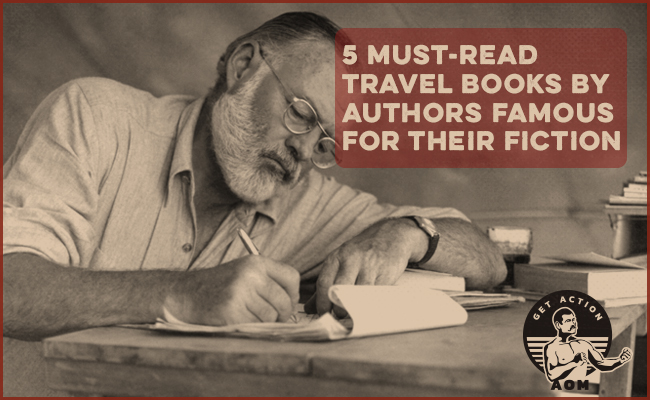 We tend to think of the authors of travel books and the authors of fiction books as two separate and distinct categories of writer. You’ve got your Tocqueville’s and Bill Bryson’s on one side, and your F. Scott Fitzgerald’s and Harper Lee’s on another.

But there have in fact been plenty of writers — including some of literature’s most luminous novelists — who have worked in both genres. Often to great effect: unsurprisingly, the talents which lend themselves to worthy fiction — the ability to impart colorful details, paint immersive scenes, and capture the dialogue and character of people and places — are also those which create effective and engaging retellings of true-life adventures.

Below you’ll find five of the best travelogues that were penned by famous authors who are better known for their fiction. If you’ve enjoyed these writers’ novels, you’ll be rewarded in allowing them to take you on another kind of journey, through the landscapes of our real, exploration-inviting, world. 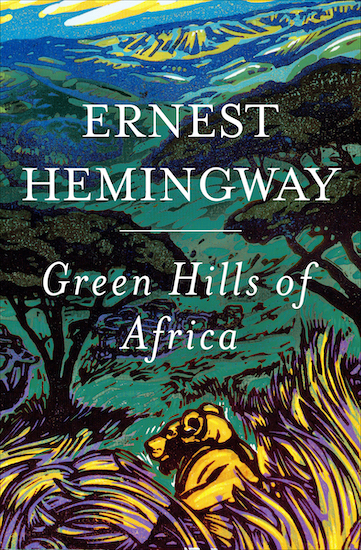 I loved this country and I felt at home and where a man feels at home, outside of where he’s born, is where he’s meant to go.

Over the course of his decades-long writing career, Hemingway penned a number of non-fiction works, most of them falling into the travel genre. Green Hills of Africa chronicles his 1933 big game hunting excursion with his wife and friends. They hunt, they rest under the shade of a tree, they drink around a campfire at night, and repeat in the morning. There were numerous times where I had the thought that this is basically a non-fiction version of The Sun Also Rises — a good thing, in my book.

It reads like any Hemingway fiction does: it’s like a letter from an old friend — the prose, while not ornate, is thoughtful and real and meaningful in its terseness. Scattered among the hunting tales are Hemingway’s thoughts on writing and literature, on “pursuit as happiness,” and on the invigorating but sometimes infuriating nature of competition.

Though the safari-driven text may make some modern readers squeamish, Hemingway’s ethic towards hunting is, perhaps surprisingly, well-thought-out. Overall, it’s a wonderful, virile book that’s as worthy of reading as anything Hemingway penned. Though Papa complained about the bugs and the wet heat and the sting of failure, he found satisfaction in those things and made them appealing enough for modern readers to yearn for those same hard-earned and, ultimately, fulfilling experiences.

If you’re looking for another look at 1930s Africa, West With the Night by Beryl Markham — the first female aviator to cross the Atlantic east to west — is also very good.

Travels With Charley by John Steinbeck 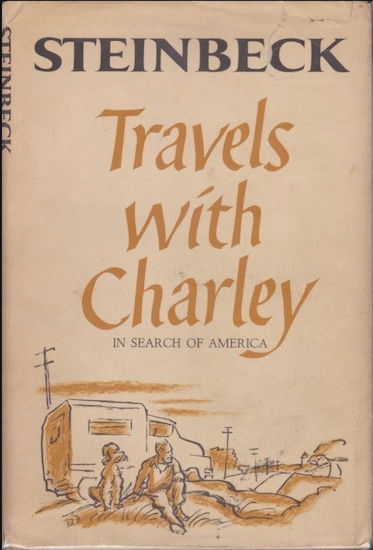 A journey is a person in itself; no two are alike. And all plans, safeguards, policing, and coercion are fruitless. We find after years of struggle that we do not take a trip; a trip takes us.

You cannot chronicle American travel writing without mentioning at least one great road trip-inspired text. Kerouac’s On the Road is what people often think of, but Steinbeck’s slower-paced 1967 chronicle is better than Kerouac’s frantic narrative. Travels With Charley blends the famous author’s real cross-country adventure in his pickup truck (named Rocinante after Don Quixote’s trusty steed) with some imaginative elements. Nonetheless, what’s true is true, whether fictionalized or not.

Aging Steinbeck’s intent was to re-find America — after writing for so long, he felt he had lost his sense of what the country was really like. From Maine, through the Midwest, out to Montana, along the Pacific coast, and down across the South, Steinbeck laments what our culture is losing as it urbanizes (he’s terrified of freeways), but also recognizes that progress is ultimately a good thing. You can, in fact, both mourn the old ways and welcome/accept the new.

Beyond that thread, which runs through the narrative, the reader gets beautiful passages about America’s natural splendor (most memorably among the redwoods) and soul-stirring ideas about man’s need for adventure and travel. Though it was only later found out that many of the book’s conversations and details were fictionalized, Travels With Charley remains a memorable and thought-provoking read.

The Cruise of the Snark by Jack London 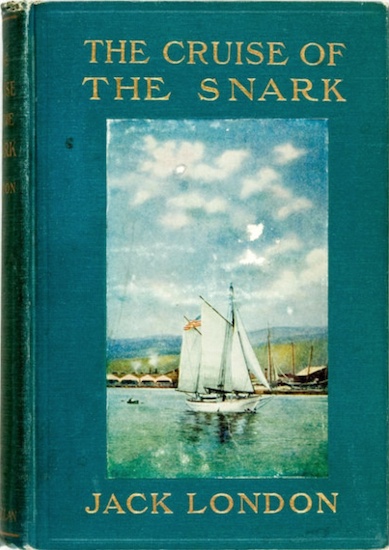 Being alive, I want to see, and all the world is a bigger thing to see than one small town or valley.

From his youth til his death, Jack London was a real-life adventurer, and he often used his experiences as indirect grist for his famous, viscerally-engaging novels. But he also sometimes wrote directly about his escapades, as he does in The Cruise of the Snark, a series of sketches from the sailing voyage London and Charmian (his wife) hoped would take them all the way around the world. While various illnesses and tropical diseases cut the trip far short of that desire, it provided some great travel and adventure fodder nonetheless.

In a boat of their own design and with no navigational skills to speak of, Jack, Charmian, and a handful of others embarked from San Francisco, made it to Hawaii, and through much of the South Pacific before having to call it quits. In the pages of this adventure log, you’ll find London’s earnest but also lighthearted thoughts on the universal call of adventure, what it was like to learn navigation on the fly (or the sail, rather), taking up surfing in Hawaii, contracting disease in wild places, and plenty more.

You’ll read it and no doubt feel the same call of adventure that London and Charmian did over 100 years ago. As Jack reflected when the idea for the voyage was first hatched:  “Why not start at once? We’d never be younger, any of us.” 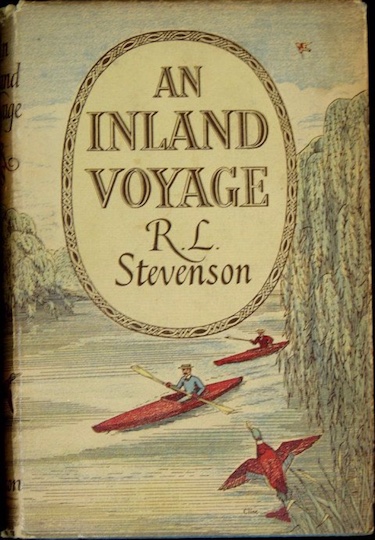 To know what you prefer instead of humbly saying Amen to what the world tells you you ought to prefer, is to have kept your soul alive.

In his twenties, as Robert Louis Stevenson was trying to make a name for himself, the famed author of Treasure Island wrote a trio of travel narratives. His excursion through Spain on the back of a donkey is better known, but, for my money, it’s An Inland Voyage — a chronicle of his canoe trip through Belgium and France — that’s worthier of your attention.

In the 1870s, this sort of trip undertaken purely for pleasure was fairly unheard of, and Stevenson and his traveling pal, Walter, were often mistaken for peddlers. While the unusual excursion would spawn one of the first works of outdoor literature, the book doesn’t in fact include many portraits of the natural world; as the route Robert and Walter decided upon took them through industrialized areas, the pair encountered more grimy factories than stunning vistas. But that suited what drew Stevenson’s interest anyway.

Whereas the other writers on this list were engaging in a combination of anthropology, environmental writing, and sheer adventurism, Stevenson was far more interested in dissecting individuals, and he delighted in chronicling the great variety of human nature he found along the journey — both in terms of mapping the people he met and charting his own character. Because of that, the reader gets treated to a number of insightful ideas on what traveling can provide for our philosophy of life.

The Innocents Abroad by Mark Twain 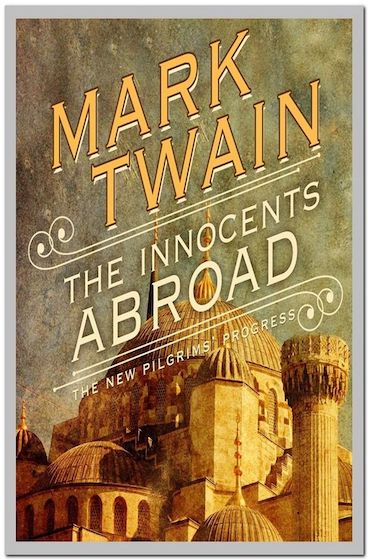 Travel is fatal to prejudice, bigotry, and narrow-mindedness, and many of our people need it solely on these accounts. Broad, wholesome, charitable views of men and things can not be acquired by vegetating in one little corner of the earth all one’s lifetime.

Young Mark Twain was intrigued by the notice in the newspaper which advertised the very first vacation cruise in American history. He responded, put his reporting chops to good use, and the result became one of the most popular 19th century books in any genre, and one of the bestselling travel books of all-time.

Chronicling the ship’s path and a number of attendant land excursions through France, Italy, Greece, Turkey, and the Holy Land (Palestine, Syria, Jordan, etc.), The Innocents Abroad is often laugh-out-loud funny, ignorantly self-centered and ethnocentric (which comes across as ironic in tone), and, every once in a while, genuinely heartfelt on the beauties and pleasures of exploring new places.

Twain is both an absurdist and a realist in this book. Some of the anecdotes he shares are surely tall tales (one of his specialties), but he’s also delightfully honest about the travails of traveling — navigating different languages, how every European cathedral looks the same, the boring monotony of the desert.

We have a tendency to try to turn every poor experience on a vacation into a positive, or later say that it wasn’t so bad. It makes sense — you want to remember vacations as fully wonderful. But after reading this, you’ll never again be afraid to speak the truth about the parts that were boring, difficult, and generally just not so fun. Just like life itself, vacations are often made up of both the good and the bad, with the simple hope that the former far outweighs the latter.

Keep up with all of my book reviews and reading lists by subscribing to my newsletter at readmorebooks.co.