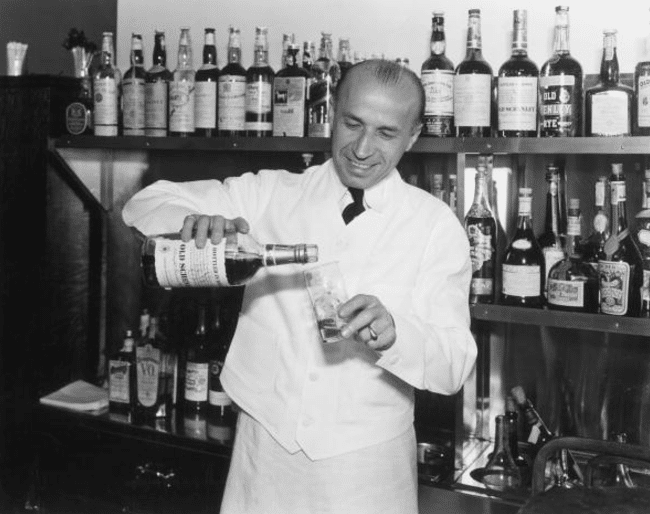 Editor’s note: This is a guest article from Drew Crawley.

With its resurgent popularity and increased availability, bourbon has become a go-to drink for the refined gentleman. For many, it has knocked Scotch out of the top liquor spot due to its affordability and unique flavor-set. If you’re a bourbon fan yourself, or are thinking of venturing into the flavorful and historical world of this beverage, but have found yourself spending too much money on a bottle that you didn’t truly enjoy, this article is for you.

Many of us have wandered the aisle of a liquor store aimlessly waiting for a bottle to catch our eye. If you’re like me, the first one (or three) you notice may be significantly beyond your price range. So you eventually settle for a standard big-name whiskey without really knowing what you’re getting into. Oftentimes, the product that you go home with is underwhelming and/or not quite what you expected. In some ways, it’s like buying Budweiser when you really want a craft brew, but don’t know where to start. It can be an intimidating world.

This was a common occurrence in my life until about a year ago, when I determined to learn more about the drink I’d been spending so much money and time on. I began to ask questions of friends in the industry and read documents pertaining to the qualifications and taxonomy which guide this category of whiskey. I am not in the distilled spirits industry myself; however, living in Louisville, Kentucky, I’ve had the privilege of interacting with some legends of bourbon culture. When asked to pass on some wisdom to a bourbon newbie, they’ve all said essentially the same thing: “The informed consumer is the happy consumer.”

Today I’ll pass on the knowledge they’ve imparted to me, so that you too can make an informed choice when selecting a bourbon. Below I’ll walk you through the meanings of some of the common bourbon terminology you’ll find on the bottles you pick up and examine at the store, to ensure you bring home the right one.

Bourbon is a type of whiskey, as is rye, Scotch, single malt, etc. Those all fall under the vast banner of whiskey.

There is a myth, common in the whiskey world, that to be called “bourbon” the beverage in question must be made in Kentucky. This sentiment, while popular, is not true. Although there are plenty of other places bourbon is made, seeing the word “Kentucky” on a bottle’s label is significant for at least two reasons.

First, Kentucky is home to many rivers, the most important of which is the Kentucky River, which runs the length of the state. The riverbeds of the Kentucky and its tributaries contain natural limestone, which naturally filters out impurities — like iron — which can cause discoloration, off flavors, and hangovers. It is possible to remove these impurities through chemical processes in a lab, but the natural filtering of the limestone interacts in such a way as to remove the greatest amount of impurities. While Kentucky isn’t the only place in the country with naturally-occurring, limestone-laden water, it does have the easiest access to the highest amounts, making it prime whiskey production territory. Because of its superb purity, limestone-filtered water is, in my humble opinion, the most important ingredient in your favorite distilled beverage.

The second reason the word “Kentucky” matters on your whiskey label is because of the bluegrass state’s drastic changes in weather. All four seasons are experienced distinctly each year, making Kentucky an excellent environment for aging whiskey. As the weather heats up, the wooden staves that make up a bourbon barrel expand, soaking up whiskey and passing the liquid through a layer of caramelized wood sugars, adding a large portion of the flavor and 100% of the color to the drink. When the weather turns cold, the staves contract, forcing the liquid back out. This repeated filtration in and out of the wood ages the whiskey more thoroughly and consistently than if the climate were more consistently warm or cold. When hosting tastings for friends, I will often ask, “Would you rather drink Florida bourbon, where the weather is consistently swamp-like, North Dakota bourbon, where the weather is consistently cold, or Kentucky bourbon, where the fluctuations in temperature help it age and develop those signature robust flavors?” With proper understanding, the answer is always: “Kentucky!”

Of course, other parts of the country have seasonal variety, but in combination with the natural limestone water, the best of the best bourbons come from the state with the deepest heritage: Kentucky. 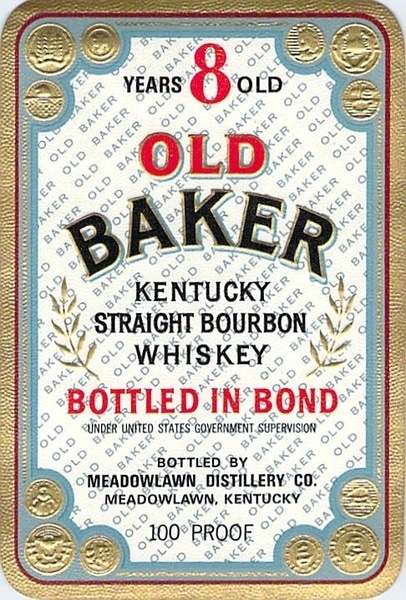 For one reason or another, age statements on bottle labels seem to be going the way of the dodo. Some distilleries, such as Heaven Hill and Jim Beam, have begun to take age statements off of some of their bottles in favor of wording such as: “Artfully aged to meet our unique flavor profile.” However, age matters when it comes to whiskey, both legally and for depth of flavor. Unlike wine, the age on a bottle of whiskey refers to the time spent aging in a barrel rather than the bottle. The age statement put on a specific label and used in its marketing material must match the youngest drop of whiskey in the bottle. So, hypothetically, you could have a bottle of bourbon containing 6-year, 8-year, and 10-year-old whiskey, and legally it must be labeled as 6 years old.

How does this happen? Isn’t bourbon just aged in a barrel, and bottled straight from there? Not quite. Unless it has the term “Single Barrel” on the label, you know that it’s actually a blend. The distiller has taken a 6-year barrel, an 8-year barrel, and a 10-year barrel (using the example above), mixed it all together in a big tank, and then bottled it from there — labeled, of course, as 6-year bourbon.

There is another myth out there that whiskey must be aged two years to legally be considered bourbon. This is simply not true! Whiskey that was put in a virgin oak barrel straight off the still and bottled afterward has equal claim to the title of bourbon in the eyes of the law. However, anything aged less than 4 years must display an age statement. So the distillers mentioned above that have taken age statements off bottles are providing bourbon at least 4 years old, but probably not much more than that — if it was 8- or 10-year bourbon it would be labeled as such because of the prestige of a long-aged whiskey. 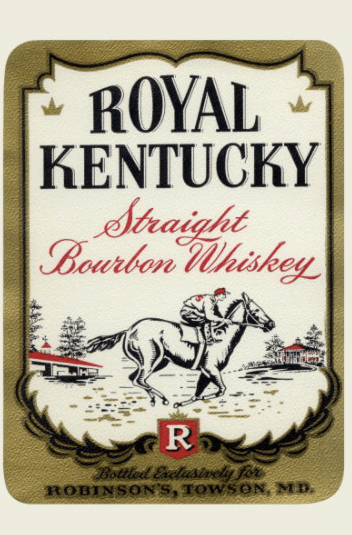 The term “straight” is a legal reference to the liquor’s age. Straight whiskey is aged for a minimum of 2 years. It is rare that a whiskey develops any depth of flavor prior to that 2-year mark. Whiskey less than 2 years old will often taste “green” or overly floral, and will be lightly colored, sometimes even clear. While everyone has a unique palate and some may prefer this flavor profile, straight whiskey is the widely-accepted baseline in the industry.

In the early 1960s, Senator Thruston Morton from Louisville and Representative John C. Watts of Nicholasville introduced a proposal before a joint session of Congress which would solidify bourbon’s place in U.S. history. On May 4th, 1964, the United States Congress passed a concurrent resolution, ratifying the senator’s proposal designating bourbon as the native spirit of the United States. This resolution codified the industry standards for production and made the claim that anything labeled and sold as bourbon had to be made exclusively within the boundaries of the United States. This particular piece of legislation, along with differences in the grain mash recipes, differentiates bourbon from Scotch, Irish, Japanese, and other types of whiskeys.

A whiskey must meet the following qualifications to be considered bourbon: 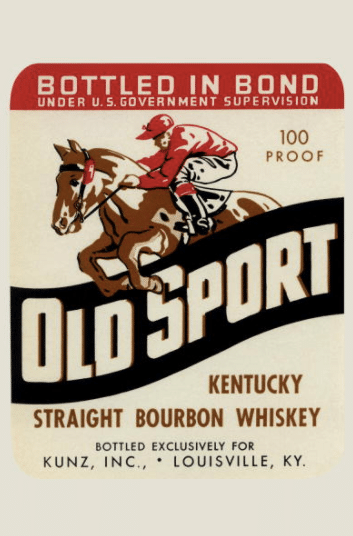 This category is not found on the majority of bourbon labels, and they’re usually located near the bottom of the shelf in the liquor store. You’d think that would make them a lower-quality product (because they’re also lower priced), but it’s a secret in the bourbon-drinking community that just the opposite is true. In my opinion, bonded bourbons are the best bang for your buck and the most flavorful/unique bourbons in production.

The high standards that guide this federally defined category came about, like most things, out of necessity.

Until the early 20th century, bourbon was sold to taverns and bars by the barrel. To increase the longevity of the whiskey supply and the profits of the barkeeper, as the barrel would begin to empty, foreign substances would be added back into the barrel. According to the stories I’ve heard most consistently, these substances included: iodine, acid (to retain the bite), tobacco spit (to maintain color), and river water (to retain liquid volume). People would often fall ill, even to the point of death, from consuming these tainted bourbons. In 1897, Kentucky legend Colonel Edmund Haynes Taylor passed a piece of legislation known as the Bottled-in-Bond Act. This consumer protection bill increased the quality of the whiskey for the drinker and benefited both the distillers and the federal government by providing mutually beneficial regulations and protections. Funny enough, this beat the Pure Food and Drug act by 9 years; apparently Congress was more worried about tainted booze than tainted food!

To be considered bottled-in-bond, a bourbon must meet the following qualifications:

Bottled-in-bond bourbons are the most restricted class of bourbons in the world. The high standards and consistent production makes them a wonderful value for even the most pretentious of bourbon snobs. If you’re not sure what to purchase in the liquor store and are looking to venture outside of the “well” whiskeys that most people know, I recommend trying some bottled-in-bond products (here’s a list of those that are available today).

Why is it that bottle-in-bond products are often cheaper than the top-shelf bottles? They just aren’t as rare or hip as some of your more expensive options. A distillery, especially a new and upcoming one, isn’t going to invest in meeting the bottled-in-bond qualifications for small batches. It’s just not feasible. For the warehousing and taxation involved, the bourbon needs to be made at a fairly high volume to be worth it. A lot of the money being made in bourbon today is about marketing and being “cool,” but much of the bottled-in-bond makers have been doing it for a very long time. It’s sort of a throwback label; today’s new products aren’t dangerous to consumers, but 100 years ago that was a different case, and some of those distillers are still around, making bottled-in-bond bourbons and selling them to you on the cheap.

Understanding the meaning behind words and phrases on a bourbon label helps the consumer make more informed choices when looking to purchase a valuable product. Being able to identify what you’re taking home will provide for a better drinking experience and waste less of your time and resources. Additionally, knowing the history and reasoning behind each word or phrase on the label increases the pleasure of both the buying experience and the actual imbibing of your favorite brown water. Keep learning, keep experimenting, and keep on drinking Kentucky’s native spirit — and the gentleman’s favorite.

Drew Crawley lives and works in Louisville, KY with his wife, Kaylee. In his spare time, he enjoys reading about bourbon and theology, running, and playing music. Follow him on Twitter @drewcrawley63.