“Take these three items right here. You can have this. WD-40, vise grips, and some duct tape. Any man worth his salt can do half the household chores with just those three things.” -Walt Kowalski

The other day I sat down to watch Gran Torino for the first time, and boy was it awesome. While there are plenty of great lessons in manliness that I took away from the film (look for a post on that hopefully in the near future) one scene that stuck out to me was when Clint Eastwood’s character, Walt Kowalski, showed his young neighbor and protege, Thao, his workshop. When Thao lamented that he’d never be able to put together such an impressive collection of tools, the grizzled Korean War vet introduced the young man to what I’m calling the “Walt Kowalski Toolbox.”

The Walt Kowalski Toolbox consists of just three things: WD-40, vise grips, and a roll of duct tape. According to old Walt, “Any man worth his salt can do half the household chores with just those three things.”

To showcase the power and utility of the Walt Kowalski Toolbox, below we give a short primer on each item and highlight a few of the many things you can do with them. 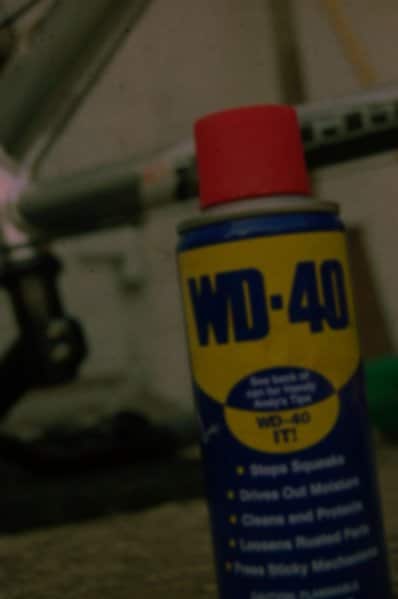 The different uses for WD-40 are legion, and its versatility has made it a DIY legend. Created in 1953 by the Rocket Chemical Company to prevent corrosion on metals, its development was a task so difficult it took chemist Norm Larsen several dozen attempts to get the formula just right. If you’ve ever wondered what WD-40 stands for, it’s “Water Displacement, 40th attempt,” indicating that the formula we know and love today was Larsen’s 40th try at creating a water-displacing fluid. Aerospace engineers found the final product so handy, they started sneaking the stuff home, and the Rocket Chemical Company soon saw the wisdom in selling it in stores to the general population.

In the decades since WD-40 hit shelves in 1958, consumers have found myriad uses for it,  such as: 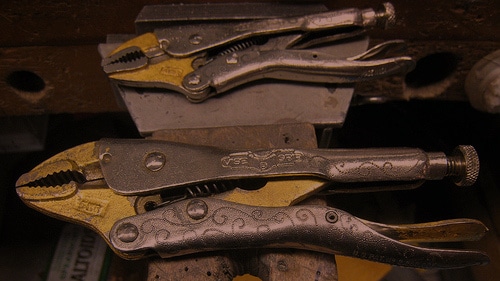 Vise grips are adjustable pliers that you can lock in place, and they come in handy when you need an extra hand but only have your own two mitts to work with. Vice grips work great for removing stubborn nuts and screws, and are an incredibly versatile tool that can be employed as: 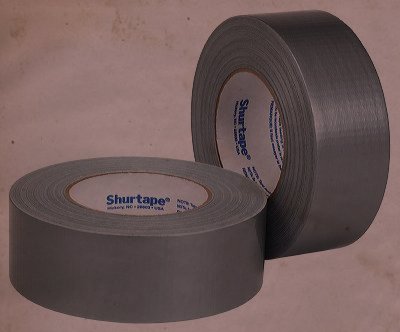 Ah, duct tape. Strong, flexible, durable….what can’t you do with it? Entire books and Mythbusters episodes have been dedicated to this modern marvel. Red Green called duct tape “the handyman’s secret weapon” (Steve Smith, the comedian who plays Green, actually put out a movie back in 2002 called Duct Tape Forever). While there is some dispute about the origin of duct tape, the generally accepted version of events is that it was invented back in 1942 by Johnson and Johnson to act as a sealing tape for soldiers’ ammunition boxes. The tape was created by attaching multiple layers of adhesive to a polyethylene-coated cloth backing. The result was a tape so durable, tear-able and water-resistant, GIs ended up using it to fix everything from their guns to their aircraft.

After the war, homebuilders and HVAC service providers started using duct tape to connect heating and air conditioning ducts together (modern HVAC manufacturers don’t recommend this practice). In the 1960s, duct tape joined the space age by becoming a regular on Apollo missions. Its most famous use was during the failed Apollo 13 mission, when it was utilized in jury-rigging the lunar module’s CO2 scrubbers.

Here back on earth, duct tape can also be used in the following situations, along with many, many more:

So how do you know which of the above tools you should use for a particular problem? Well just remember the old saying: “If it doesn’t move, and it should, use WD-40.  If it moves, and it shouldn’t, use duct tape.” And I guess if that fails, see if the vise grips will help!

The Walt Kowalski toolbox is a great starter’s DIY kit for the young man beginning to try his hand at fixing things himself. When you’re ready to add a few more tools to your supply, throw in a hammer, some pliers, and a Philips screwdriver, and you’ll be able to tackle most of the other half of household chores that these items can’t fix. And you’ll be well on your way to having a man’s well-stocked toolbox.

What are your favorite uses for the items in the Walt Kowalski Toolbox? Share them with us in the comments!