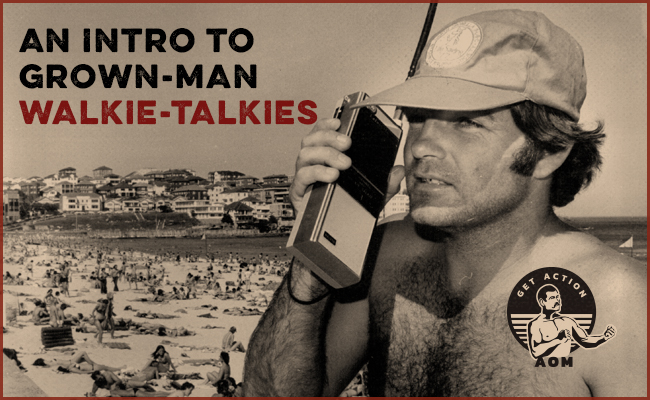 A disaster hits your area. Cell and phone services are overloaded or down.

You can’t connect with your loved ones and friends to coordinate emergency plans.

Thankfully, you have a backup method of communication: the handy two-way radio transceiver, known colloquially as the walkie-talkie.

Walkie-talkies may have been one of your favorite and most fun toys as a kid, but the more powerful, high-tech versions have true functional uses for grown-ups.

Here in the United States, the FCC has made a few bands of radio frequencies available to citizens to use for short-range, low-power radio communications. While these personal radio services won’t let you communicate across very great distances, most don’t require a license to use, and they’re user-friendly. They’re also a nice way to get your feet wet for more advanced amateur radio.

To get the lowdown on personal radio services, I talked to radio expert Joe Bassett, instructor of the online course HAM Cram: Zero to Licensed in 6 Hours.

When Would You Use Personal Radio Service Handheld Transceivers (AKA Walkie-Talkies)?

High-grade walkie-talkies that use personal radio service frequencies can be used to communicate with other people in a grid-down emergency in which cell service is disrupted. There’s an important consideration here though: they can only be used for short-range communication.

“Depending on the frequency you use and the conditions, you’ll be able to communicate with another radio that’s a mile to five miles away from you,” Joe told me.

So if you plan on using walkie-talkies for communication in an emergency, you’ll want to make sure the other party you want to connect with is not too far from you. If they’re further than five miles, short-range radios aren’t going to help you much.

Besides in emergencies, walkie-talkies can come in handy in a variety of other situations. For example, because cell service isn’t always reliable in rural and wilderness areas, hunters, fishermen, and hikers are fans of using short-range radios to communicate with members of their party. They’re also great for outdoor event organizers to communicate with each other. And businesses use short-range radios to keep in touch within large buildings like big box stores and warehouses. Joe even recommends that families that visit sprawling theme parks like Disneyworld use two-way radios in order to communicate if/when they get intentionally or unintentionally separated. Kids may not have their own phones yet, and everyone enjoys the simple push-to-talk convenience of a walkie-talkie.

Which Personal Service Radio Frequency Should You Use?

Alrighty. So you’d like to get a set of short-range radios as another line of communication. Before you go out and buy the first set you see, you’ll need to know which band of the public radio service it uses. They all operate via two-way communication where you can listen and transmit (not at the same time; rather, you and the person with whom you’re communicating must take turns between these modes). Beyond that, each has its pros and cons. One of them even requires that you purchase a license from the FCC if you want to use it for transmissions.

Just a heads up to the amatuer radio geeks: we’re not going to get too deep into the technicality of how radio works or the difference between UHF and VHF; for the purposes of this strictly introductory guide, we’re keeping things very basic.

Most of the walkie-talkies you’d buy at Walmart or Academy likely use the Family Radio Service (FRS). With FRS, you’re only able to transmit at .5 watts, so it’s a very low-powered radio, meaning you won’t be able to communicate very far. According to Joe, in ideal conditions (clear weather, no topographic or building obstructions, etc.), the furthest you’ll be able to transmit with an FRS radio is one mile.

While the FRS isn’t great for long-distance communication, Joe still thinks it could be a good choice in some situations. “If a family was going to Disneyland and wanted a way to communicate that didn’t rely on a cellphone, I’d tell them to buy a four-pack of FRS radios. They’re cheap and easy to use,” he said.

Outdoorsmen, like hunters and fishermen, are big fans of FRS radios to communicate with other members of their party since they’re not typically too far apart from each other.

If you grew up in the 70s or have watched Convoy, you know about CB radio.

Traditionally used for vehicle-to-vehicle communication and popular amongst truckers, the range for CB is about one mile.

CB utilizes forty shared channels that are available for citizens to use. Basically, you have no privacy on CB radio; it’s a party line. You can’t talk to another station for more than five minutes continuously, and you have to wait at least a minute before starting a different communication on the same channel. So you need to keep communication on CB short and sweet. Think weather updates and road conditions.

Multi-Use Radio Service uses VHF and allows radios to transmit with two watts of power — making its range much better than FRS or CB. According to Joe, look to get between two and three miles using MURS, depending on conditions. You can add some privacy to your communication by using PL tones. For an explanation on how PL tones allow you to talk privately with someone else while other people use the same frequency, read this article.

One of the nice things about MURS is that you can use it at a high wattage without the need for a license. It’s also easy to use. No learning curve whatsoever.

The final public radio service is General Mobile Radio Service (GMRS). Unlike the other public radio services, GMRS radios require that you purchase an FCC license to operate them. You don’t have to take a test. You just have to fill out a form and fork over $70 to the FCC for a five-year license. (According to Joe, the FCC will be lowering the fee to $35 either this year or next.) Once you have a license, you and any immediate family members can operate your GMRS radios.

The upside of GMRS radios is that you can transmit with up to five watts of power, so your range increases compared to both MURS and FRS. Look to get three to five miles. You can increase your range exponentially further by adding repeaters throughout the area in which you’ll be using your handheld GMRS radio. Your GMRS repeaters are private and can’t be used by the public as they can with ham radio.

While Joe will always choose ham radio for his wireless transmissions, if he had to choose which public radio service to use, he’d go with the GMRS. “It’s easy to use, and the range is great,” he told me.

Which Handheld Radio Should You Buy?

When I first started dipping my toes into walkie-talkies to have on hand for emergency communication, I bought the BAOFENG BF-F8HP. It’s a robust, affordable handheld radio that allows you to communicate on FRS, MURS, and GMRS and transmit with up to eight watts.

But I quickly realized that I bit off more than I could chew with the BAOFENG BF-F8HP. It’s pretty complicated to use, and I had a lot of trouble programming my radios so that they could communicate with each other privately using PL tones. Joe confirmed my assessment, observing that “The BAOFENG is a great, powerful little radio, but they’re atrocious to program, especially if you’re a beginner.”

If I were to do it again, I’d probably just buy a set of GMRS or MURS radios. They’re already pre-programmed and use channels instead of frequencies which is much more user-friendly. You can find sets of GMRS and MURS radios on Amazon. Just search for “GMRS radios” or “MURS radios.” 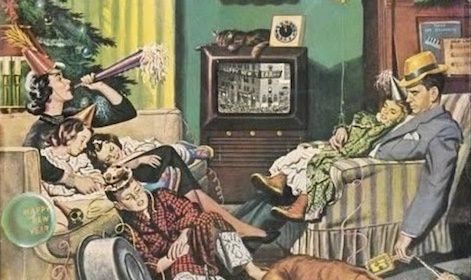 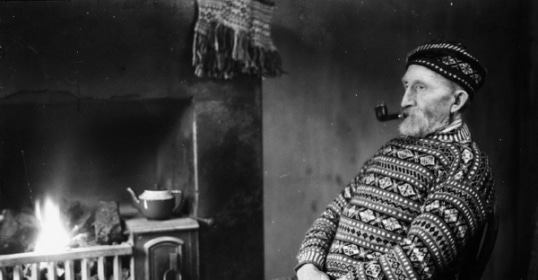 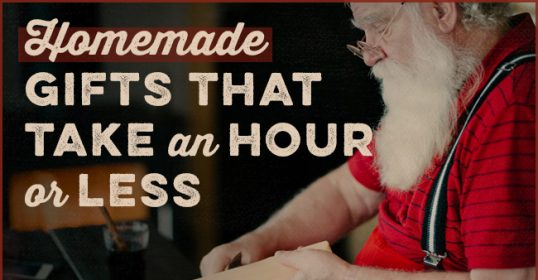 15 Homemade Gifts You Can Make in an Hour or Less 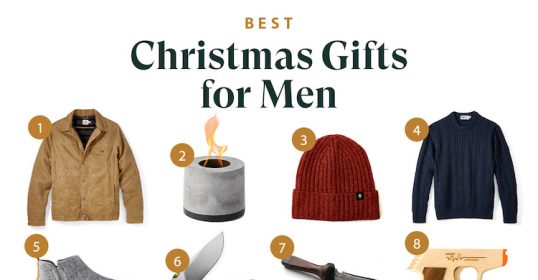