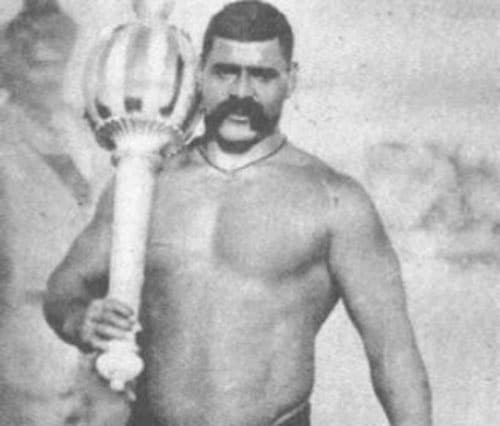 The Great Gama: undefeated wrestler, owner of a heroic mustache, and mace trainer.

Looking for a new workout? How about one that was used by Hindu warriors over 2,000 years ago and still used by Pehlwani wrestlers today?

The gada, or heavy mace, was the weapon of choice of Hindu soldiers as well as the Hindu deity Hanuman, an anthropomorphic monkey who can lift mountains with a single hand. According to the book Encyclopedia of Indian Physical Culture, warriors during the Puranic age would engage in mace training early in the morning along with wrestling, archery, and swordsmanship. Besides dueling one another with gadas, warriors would swing heavier versions — usually made with a bamboo stick with a heavy stone at one end — behind their backs in order to strengthen their backs, chests, shoulders, forearms, and fingers. Because of their rigorous physical and tactical training, Hindu warriors were some of the fiercest of the ancient world.

Today, the gada is used primarily by Pehlwani wrestlers in northern India and southern Pakistan. The most famous gada afficionado was the Great Gama (pictured above), the only undefeated Pehlwani wrestler in history. By the looks of it, his mustache also trained with a gada. That thing is a beast!

While the Indian Club enjoyed popular use among Western exercise enthusiasts as early as the 19th century, gada training for some reason didn’t catch on until very recently. Mixed martial artists in the West have taken up heavy mace training as a way to strengthen the muscles involved with throwing opponents to the mat. Functional fitness and natural movement practitioners have also taken to mace training because it provides such an amazing full-body workout.

If you’re ready to harness your inner Hindu warrior, read on. Below, Mr. Know Your Lifts showcases six different exercises that you can perform with a heavy mace. 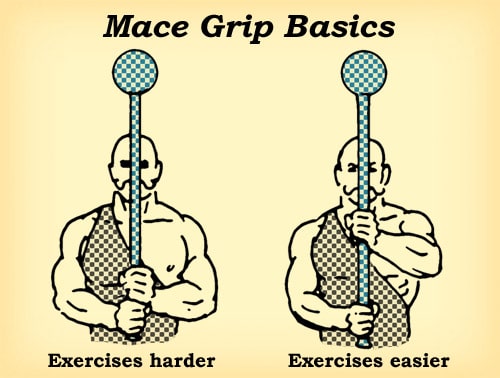 To make an exercise harder, grip both hands near the end of the handle. To make exercises easier, move at least one hand closer to the weighted end.

To see this exercise in action, check out this video of Diesel Crew’s Jedd Johnson performing the 360. 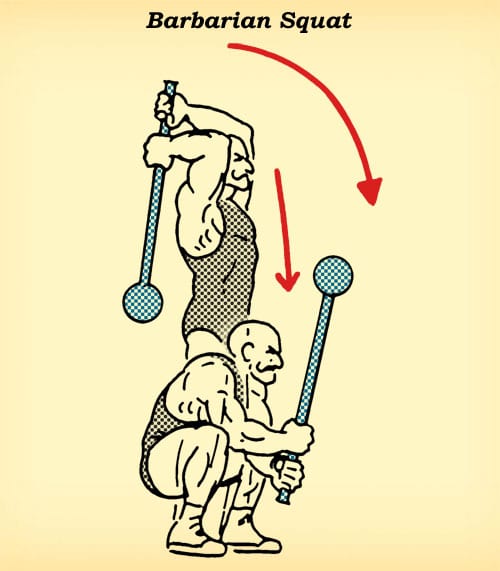 The Barbarian Squat is a great full-body exercise. You’re working your upper as well as your lower body in a single movement. Begin in a standing position with the mace behind your neck. Start lowering your body into a squatting position while simultaneously bringing the mace to the front. You’ve successfully completed the exercise if you’re in a full squat and the mace is in front of you. Return to your starting position by standing while simultaneously bringing the mace back to its original position. Repeat.

The Dynamic Curl works the forearms and biceps. 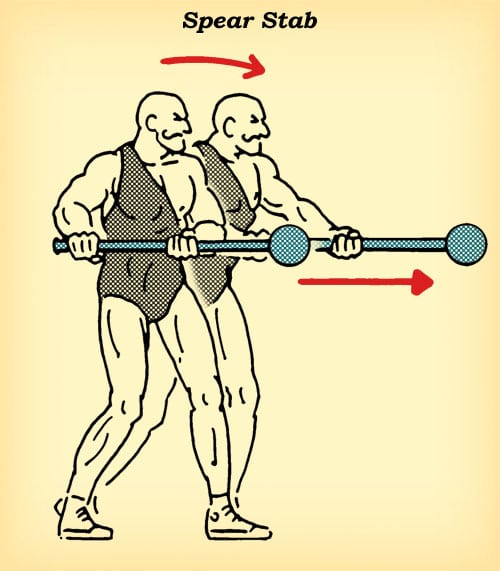 Hold the mace like you would a spear. Thrust as if you were an ancient Pauravaian warrior stabbing an a member of Alexander the Great’s Macedonian army in the Battle of the Hydaspes River. The closer both hands are to the handle, the more difficult this exercise will be. Switch up your hands and your stance to work the other side of your body. 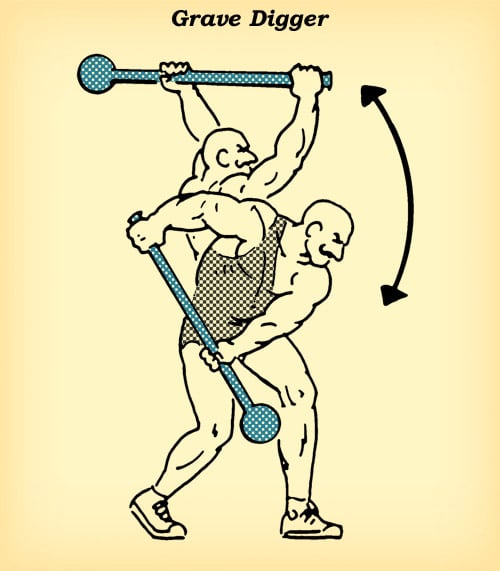 It’s time to bury all those imaginary Macedonian soldiers you just killed. Hold the mace like you would a shovel and pretend like you’re digging a hole in the ground with the mace ball. Repeat for several repetitions. Switch up your hands to work the other side of your body. 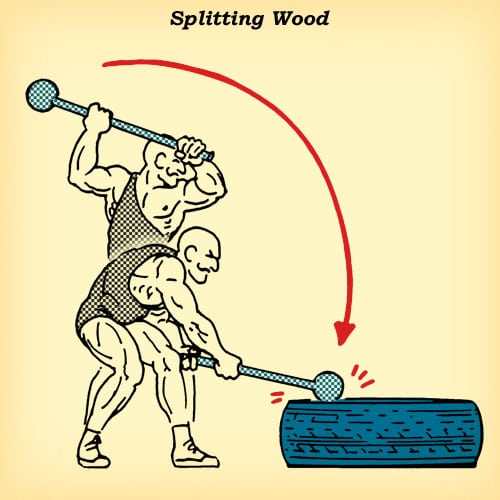 You’ll need a tire for this one. Just pretend like you’re splitting wood like a lumberjack. Start off with your non-dominant hand near the butt of the handle and your dominant hand placed near the mace’s head. Bring the mace head above your head. Swing down. As you swing, slide your dominant hand down the shaft of the mace for extra power. Switch up your hand placement to work the different sides of your body.