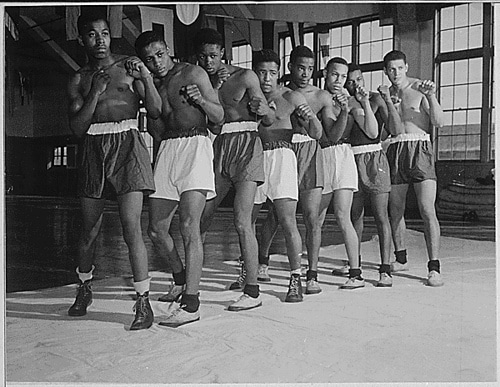 Editors note: This is a guest post from Chad Howse.

“The fight is won or lost far away from witnesses – behind the lines, in the gym, and out there on the road, long before I dance under those lights.” -Muhammad Ali


In a sport where livelihood and fitness are so closely linked, it’s no wonder that fighters are in such great shape. Their conditioning is just as important as their talent and skill.

For a fighter, how well-prepared he is usually determines how well he performs. A supremely conditioned fighter can overwhelm a less-conditioned athlete with a constant and unrelenting barrage.

If they’re not in exquisite shape, fighters run the risk of not only losing, but also having their years of hard work and dedication wasted and missing their chance to let their talent and skill show and shine. Thus, fighters take training pretty seriously.

Training is where the mind, the heart, AND the body are pushed and tested.

Even though you may not be planning to walk into the ring anytime soon, that doesn’t mean you can’t train and look like these elite athletes. Bring a fighter’s mentality and work ethic to what we’re going to cover over the next two articles, and you’ll accomplish this. The skills and conditioning we’ll be hitting will help prepare you for life; every man needs to feel some fight in him.

My background being in boxing, we’ll focus on boxing training. But the TRAINING aspect–the roadwork, weights, and sprints–will transfer to any discipline of fighting.

Today we’ll look at how we can train like a fighter through cardio, plyometrics, and agility training. Next time we’ll get in the gym for some bag work and weight training.

How to Train Like a Fighter:  Cardio, Plyometrics, and Agility Training 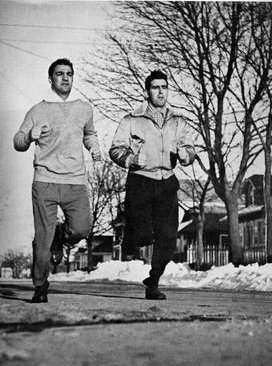 We’ve all seen Rocky wake up early, pound back raw eggs, then head out for a run.

Roadwork is a big part of the sport. But sprinting and more intense forms of cardio are as–if not more–effective than the slower method of running. We’ll do both.

Roadwork is typically done upon rising on an empty stomach. Ideally run 3-5 miles. Although when Rocky Marciano read that Joe Louis ran 5 miles, he started running 10. I’ll leave this up to you.

Do this 5 days a week, and feel free to shadow box as you jog. It’ll get you used to throwing punches as you move your feet.

Sprints are great for improving conditioning. They’re also easier on the body due to the lessened impact on our knees when sprinting at full speed (in comparison to the typical “heel/toe” gait of a jog that creates a high degree of impact on the knees and lower back).

I like performing sprints up hills or stairs due to the added difficulty. If you have access to either, use them. If it’s your first time running in a while, warm up with 10 minutes of skipping, and only sprint at 85% to avoid pulling anything. After an initial session or two, up the intensity to 95%, then to 100%, and remain there for the duration of the program.

Depending on your conditioning levels, do these sprint workouts 1-3x a week as a part of the plyometrics and footspeed drills (below). Start with once a week, as over-training can occur if you do too much too early.

Too many fighters focus on their upper body to build power, when our lower body is where our power originates. Take a look at a guy like Rocky Marciano; he had tree trunks for legs and a relatively skinny upper body. He ended his career 49-0 with an 88% knockout percentage, and the heavyweight championship around his waist.

Footwork and agility are also very important in all combat sports. It’s often the guy with the best footwork, who can create the best angles and get his opponent off balance, who wins the fight by decision or knockout.

In the following video I’ll show you plyometric exercises that are great for developing explosive power. To improve agility and footspeed, I’ll also show you some “ladder” drills.

What’s great about the following workout is that you can do all the exercises outside. Do the workout 3-4 times a week:

Perform each exercise seen in the video for one set, there and back on a 15-20-foot line (they’re usually done with a ladder, something that most of us don’t have, so we’ll use a line instead). Take no rest between each exercise. Only rest after completing all 5 exercises for 60 seconds.

Start with 4 sets, and then add 1 set to the workout every week.

Note: Stretching is very important with training. Be sure to stretch your hip flexors, groin, gluteus, hamstrings, and calves after a workout like we’ve just done. Here’s a quick tip with stretching:

Perform each stretch in 3, 15-second increments. Stretch for 15 seconds, relax the muscle for a 2 second count, and then get back into the stretch. We experience more positives from stretching in the first 15-20 seconds of a stretch. By stretching in 15-second increments, we’ll experience these benefits more than we would in a static 45-second hold. 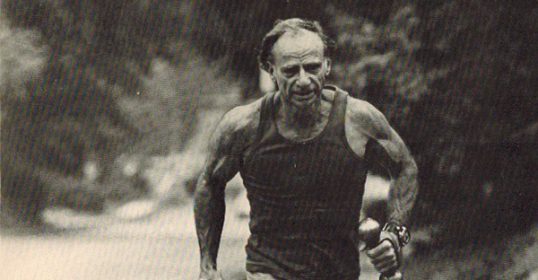 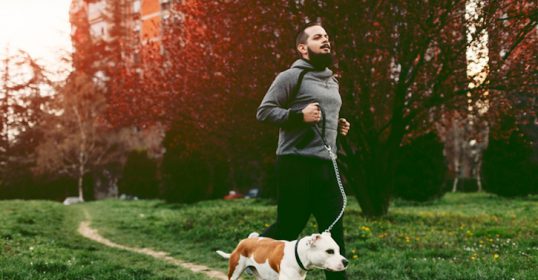