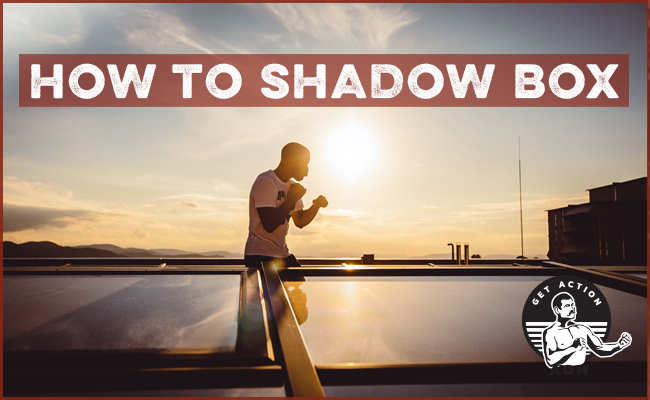 Shadow boxing is a fundamental boxing skill. It provides an opportunity for boxers to fine-tune their technique and mentally prepare for a workout or fight.

For non-boxers, shadow boxing can be an excellent warm-up for a workout or even a workout in and of itself — you’ll be amazed at how quickly it revs up your heart rate. This low-impact cardio can be done pretty much anywhere —the gym, your garage, a hotel room. You can even shadow box in the dark after you’ve rambled in the park. (Only real ones know that reference).

To get the lowdown on how to shadow box like a champ, I talked to boxing coach Aaron Sloan, owner of The Engine Room — a boxing gym here in Tulsa, OK.

How to Shadow Box 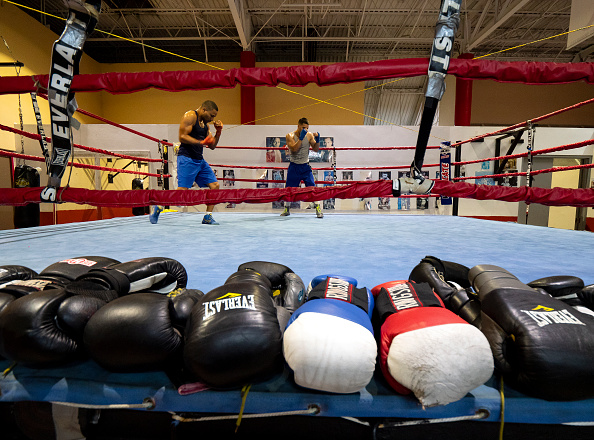 To get set for a shadow boxing session, get in a proper boxing stance, with your hands up. You don’t need to wear gloves, but you may want your hands wrapped if you’re going to be moving right from a shadow-boxing warm-up to doing something like hitting the speed bag.

So the first tip for effective shadow boxing is to stay mentally focused during your entire session.

Only use a mirror if you’re a beginner working on technique.

Despite its name, when you’re shadow boxing, you’re not really going to be sparring with a shadow on a wall. Aaron doesn’t like to use mirrors for shadow-boxing work either. He wants his boxers to feel a correct punch being thrown, not just see it. With that said, he’ll sometimes have his beginning boxers stand in front of a mirror while shadow boxing to help them fine-tune their technique.

Vividly visualize a boxer in front of you.

Even when you’re not using a mirror, you should be sparring with an opponent in your mind. Visualize him: How far is he from you? Where is his body relative to you? At what height is his head? “I have my fighters imagine a boxer in front of them in the middle of the ring, but it has to be vivid. It requires mental focus,” Aaron says. “To make sure my fighters have a vivid imaginary boxer in front of them, I’ll ask them, ‘What color are his shorts?’ If they can’t answer right away, it means they’re not focused on the practice, and they need to get their head back in the game.”

You don’t want to throw full punches while you’re shadow boxing. “You’ll just give yourself tennis elbow,” Aaron says. Go hard, but don’t extend your arm all the way when throwing straight punches.

As a warm-up before a workout or fight, Aaron likes to have all of his boxers do four 3-minute shadow-boxing rounds, with a 1-minute rest in between them. Here’s what he has his fighters do in each round:

Round 1: Warm-up. Light mix of various punches, mixed with bobbing and weaving. Practice moving and pivoting. Really no rhyme or reason as to what you do. The goal is just to get the blood flowing.

Round 2: Technique work. In the second round, Aaron has his boxers do various punch combos. With each punch, they’re focused on fine-tuning their technique. Aaron gives this example: “If they’re noticing their foot isn’t turning the way it should on a hook, they’ll keep throwing that hook until they get everything perfect.”

During this second, technique-focused round, you’re still not going too hard. Keep it relatively light.

If you’re a beginner, you might do this in front of a mirror so you can refine your technique even more.

For a refresher on how to throw various punches, make sure to check out these AoM guides:

Rounds 3 and 4: Simulate the fight experience. In the last two rounds, Aaron has his boxers simulate a real bout as much as possible: “I have them work through scenarios they’ve had before in a fight and shadow box the ideal response to that scenario. Or if they’re prepping a fight, I have them imagine that they’re fighting their upcoming opponent and respond to combos their opponent is likely to throw at them.” In these last two rounds, you’re going hard. You should be throwing combos, rolling punches, bobbing and weaving, everything. You should work up a sweat and be breathing pretty heavily after these final two rounds.

If you’re looking for combos you can throw during your shadow-boxing sessions, check out this guide:

Ding-ding. That’s it for this round of instruction. Take a breather, and then use what you’ve learned to get in the fight. Keep punching.

Thanks to Aaron for his tips; be sure to check out my podcast with him about the program he started that uses boxing to help people suffering from Parkinson’s disease.