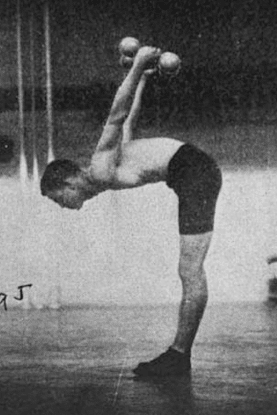 In 1883, physical culture enthusiast William Blaikie wrote a book entitled “How to Get Strong, and How to Stay So.” In it, he gives a primer on strength training. One of my favorite sections is a sample physical fitness routine for young men. What I like about the routine Blaikie proposes is its simplicity. The only thing needed is a set of dumbbells. That’s it.

While this workout won’t get you washboard abs or huge delts, it will help a man develop the strength and stamina they need to carry out their day with vim and vigor.

1. On rising, let him stand erect, brace his chest firmly out, and, breathing deeply, curl dumb-bells (each of about one-fifteenth of his own weight) fifty times without stopping. This is biceps work enough for the early morning.

2. Then, placing the bells on the floor at his feet, and bending his knees a little, and his arms none at all, rise to an upright position with them fifty times. The loins and back have had their turn now.

3. After another minute’s rest, standing erect, let him lift the bells fifty times as far up and out behind him as he can, keeping elbows straight, and taking care, when the bells reach the highest point behind, to -hold them still there a moment. Now the under side of his arms, and about the whole of the upper back, have had their work.

4. Next, starting with the bells at the shoulders, push them up high over the head, and lower fifty times continuously. Now the outer part of the upper arms, the corners of the shoulders, and the waist have all had active duty.

5. Finally, after another minute’s rest, start with the bells high over the head, and lower slowly until the arms are about the position they would be on a cross, the elbows being always kept unbent, liaise the bells to height again, then lower, and so continue until you have done ten, care being taken to hold the head six or more inches back of the perpendicular, and to steadily face the ceiling directly overhead, while the chest is swelled out- to its uttermost, Rest half a minute after doing ten, then do ten more, and so on till you have accomplished fifty. This last exercise is one of the best-known chest-expanders.

Now that these five sorts of work are over, few muscles above the waist have not had vigorous and ample work, the lungs themselves have had a splendid stretch, and you have not spent over fifteen minutes on the whole operation. If you want to add a little hand and fore-arm work, catch a broomstick or stout cane at or near the middle, and, holding it at arm’s-length, twist it rapidly from side to side a hundred times with one hand, and then with the other. 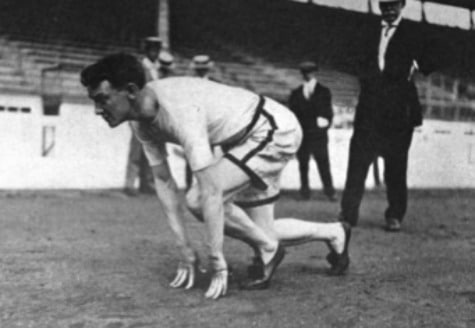 In the late afternoon a five-mile walk on the road, at a four-mile pace, with the step inclined to be short, the knees bent but little, and the foot pushing harder than usual as it leaves the ground—this will be found to bring the leafs and loins no inconsiderable exercise; all, in fact, that they will probably need. If, shortly before bedtime each evening, the youth, after he has been working as above, say for a month, will, in light clothes and any old and easy shoes, run a mile in about seven minutes and a half, and, a little later, under the seven minutes, or, three nights a week, make the distance two miles each night, there will soon be a life and vigor in his legs which used to be unknown; and if six months of this work brings a whole inch more on thigh and calf, it is only what might have been expected. 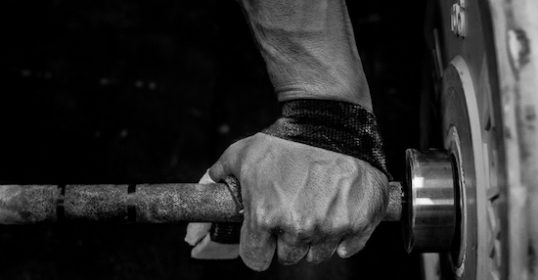 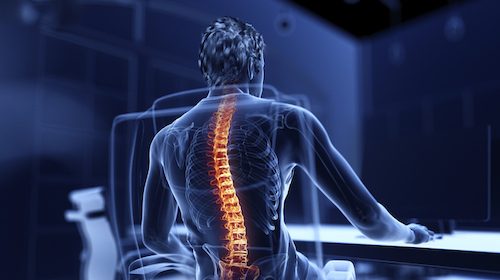 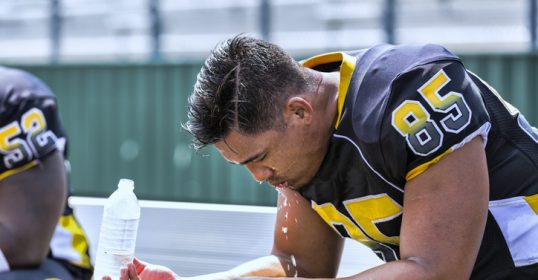 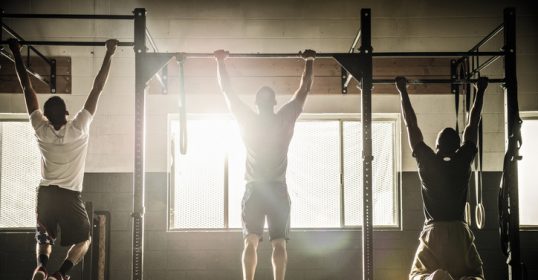