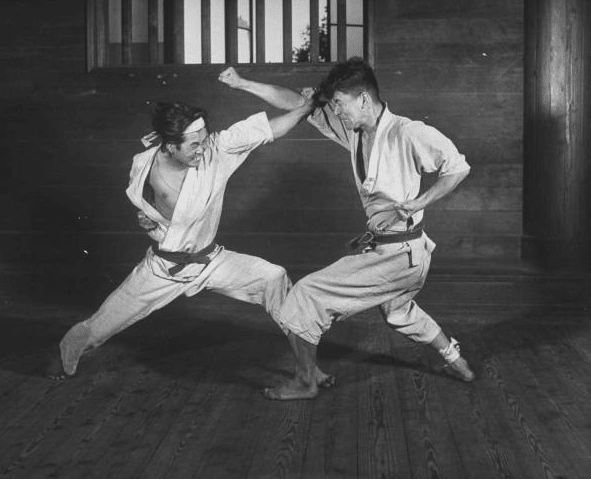 Editor’s note: This is a guest post from Charlie Kondek.

Whatever your experience in physical fitness, if you’re considering martial arts as your next undertaking, I’ve got good news and… not bad news, more like some challenges for you to consider. The good news is the martial arts are very accessible. The challenges? The martial arts are very accessible. Finding the right one for you can be tough because there are so many to choose from and, if you’re inexperienced, you don’t know what to expect. I hope this article can provide some encouragement and direction.

Let’s tackle the first item you’ll likely encounter and knock it out of the way. If you’re wondering if you have the right motive for getting involved, rest assured, there is no necessary motive. Your motive can be very specific, like, “I’ve always wanted to learn to defend myself.” It can seem silly, such as, “I’ve always loved kung fu movies.” It’s probably a combination of these things – just admit them! The simple truth is most martial arts are physical fitness regimens that come from warrior traditions of various cultural backgrounds, and the benefits of them are, besides the building of a sound body and a set of self-defense skills that you may, God willing, never use, a sound mind and the development of your character as a person. Some martial arts articulate this, some don’t, but most share these basic qualities.

It’s also true that your motive for continuing in the martial arts may be quite different than the motive you started with. You may start martial arts because you really want to build up your confidence; you may continue because it becomes your way of life.

By the way, if you think you’re too old to start such-and-such art, most likely that’s bosh. Almost all arts are equipped to allow entry by people of any age and with any physical challenge. Don’t let age or a disability keep you from trying.

Now to start narrowing down which martial art you’ll pursue. Most of them exist on a spectrum. At one end of the spectrum are those arts structured around controlled exercises, whether solo or with a partner. Picture a kung fu stylist that spends most of his training time perfecting a series of choreographed movements, or a pair of aikido practitioners drilling in set patterns of attacks, take downs and spectacular falls.

At the other end of the spectrum is free play or competition. In these arts, sparring and possibly competing is the emphasis. Picture kickboxers engaged in free fisticuffs (and footsticuffs) or judo fighters trying to slam each other to the mat.

Because this is a spectrum and not an either/or, many martial arts will have qualities of both, and it will be up to you to determine the right balance. You may, for example, be quite happy with a style of karate that employees the pursuit of kata (forms) as well as kumite (sparring).

Now, you may be asking the author at this point, “Hang on. I get these first two parts but what I really want to know is – how will I learn to kick ass? It’s MMA right? What about MMA? Where’s the spectrum in that?”

I’ll come back to that. The short answer is: yes! MMA – mixed martial arts or “cage fighting” – might be what you should pursue. Bear with me.

Asia is a big place! But it’s not the only place.

So China gave us kung fu, Japan gave us kendo and judo, Korea gave us Tae Kwon Do, and muay thai comes from Thailand. There are so many arts from all over Asia, how do you narrow down which one to study? This, honestly, is the hard part, and the only solution is to actually invest some time in learning about each of these arts through reading, watching videos, asking questions and observing classes. Fortunately, the internet is a wonderful resource. Frankly, there are no shortcuts here.

Some words of advice, if I may. In the first place, go with your gut. If you’ve always wanted to practice kung fu, seek out a kung fu instructor. That touches a place in your heart and you should nourish it – martial arts are as much about your dreams as they are about other considerations. Second, a reminder: Asia isn’t the only part of the world that has martial arts. By now everyone’s heard of styles of fighting nourished in Brazil-Brazilian Jiu-Jitsu and capoeria. Consider also the oft overlooked martial arts of Europe and America – good old boxing and wrestling, French savate, Russian sambo, or others. If weapons like swordplay are your forte, consider short-listing fencing as well as kendo. And of course modern amalgamations like MMA, shootfighting, close quarter military combatives, and Israel’s krav maga provide even more choices. There’s also been a resurgence of interest in historically researched western martial arts. Keep your options open.

The Problem of Legitimacy

Whatever you decide, find an instructor or coach that is legitimate. Each art you investigate will most likely have a governing body or a set of recommendations or certifications for instructors. Find out what they are and make the best choice. You’ll often run into contention, splits within the art, and differing opinions on what passes for legitimacy within an art. Get as much feedback as you can and make an informed decision.

Have a Plan B

One problem you may run into quite quickly is that of location. Not all arts are available in all parts of the world. You may want to study Brazilian jiu-jitsu but quickly find that only judo is offered within your area. Consider studying judo or wrestling until as such time as BJJ instruction reveals itself, comes to your area, or you relocate. Also, refer again to the problem of legitimacy. Don’t sign up with an instructor because he or she is the only game in town. There are a lot of quacks out there. Better to pass up the quack and settle for another art than to study with someone not qualified to instruct. Anyone in the martial arts who’s legit will be forthright with their credentials or lineage.

Also, you may get involved in the art and learn by experiencing it that it wasn’t what you were expecting. Don’t be ashamed to pull out and try something else. So despite pressure to do so, resist signing a year long contract when you sign up. Paying month to month, even if more expensive, is often a better deal than deciding after several weeks that it isn’t the right style/place for you and yet having to pony up every month for the rest of the year.

So, seriously, what about kicking ass?

All right, I said we would come back to this. “Just tell me what I have to do to kick ass. Do I have to move to China and study for ten years? Do I have to work in a logging camp, pit fighting on weekends for beer money? Tell me the answer.”

That topic is one for another article or a good thread in the Art of Manliness Community. There is no one answer. Candidly, I admire MMA greatly and have even trained in that setting – never, mind you, actually stepping into “the cage.” MMA has effectively shown that hand to hand combat involves skills of two general groups, the striking group and the grappling group. A complete combatant should have skills in both groups. This may involve pursuing more than one art – the proverbial “one from column A, one from column B.” Or you may find a good MMA club that can train you in both, and you may even consider competing. If this appeals to you, why not try it? MMA is a terrific martial art and a terrific modern combative sport in its earliest days.

On the other hand, as I’m sure Art of Manliness regulars could tell you, there’s probably legions of “ass kicking” men out there for whom this question is absolutely irrelevant. The movies are not reality and violence outside of the sporting arena is often a horrible thing to be avoided except when absolutely necessary, as in opposing evil or defending someone. I’m sure there are cops, soldiers, and athletes who are the epitome of ass kickocity but don’t in the least trust the world to give them a fair fight, who go to every confrontation thinking it could turn into an ambush, a stabbing or a gun fight. Anyone can get their ass kicked on any given day. It doesn’t matter to these people as much as survival does.

Maybe that’s enough of an answer for you, or maybe you need to find that out for yourself through the investment of fear and sweat in a gym somewhere. In any case, I salute you and hope you will consider getting involved in the martial arts.

Listen to our podcast on how BJJ can make you a better man:

Charlie Kondek blogs about the 1970s TV show “Kung Fu,” is a founder of and contributor to dad blog Every Other Thursday, and practices, coaches and writes about kendo.