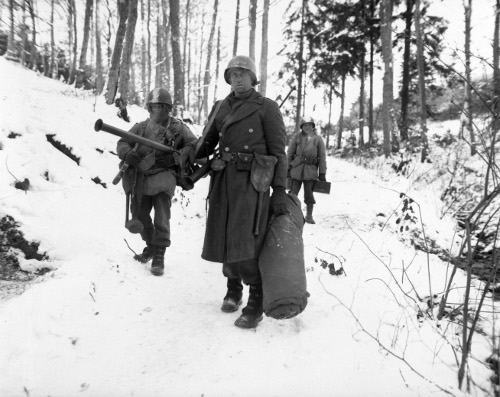 Last Monday I crapped in a plastic bag.

There is no nice way to say that. No genteel or sanitized way to describe the experience.

I’d just started taking a new medicine to combat a spastic colon, which I’ve battled on and off for ten years. The medicine promised to do remarkable things.

Instead, it made my condition worse.

En route to an appointment, I was gripped with a sudden, urgent, and uncontrollable need to use the can. There were no exits from the freeway on that stretch of road, no public restrooms or gas stations for miles in any direction. I wasn’t going to make it. So I did the only thing I could think of. I pulled onto the shoulder, set my hazard lights, and did what needed to be done.

I tell that story for a reason.

In this day and age of Facebook personalities, it’s easy to start believing another person’s life is as problem-free as described in an online bio. In my case, I’m a New York Times bestselling author. I’ve got a master’s degree. I’ve got a great wife and family and have travelled all over the world. If you know me only by my bio, then I’m an enviable man.

But here’s the fuller version of the truth. There’s one tiny area of life—in my case, a medical weakness—that I can’t seem to conquer no matter how hard I try.

I bet that you, in your most honest moments, could say something similar about yourself. You’re a capable and confident man. Still, there’s one area of your life where you’re hurting or weak, where you lack control, or can’t seem to overcome. Even Superman had his kryptonite. Achilles had his heel.

Maybe it’s a broken relationship. Or an incident of grief or illness or financial trouble. Maybe you’re grappling with anger or meaninglessness or hopelessness or you’re suffering from an addiction or you’re depressed or tired or you can’t get a job, or you work too hard and get paid far less than you’re worth. Maybe you’re simply stressed out and need a break.

Here’s hope. When I pulled off the road last Monday, I was genuinely miserable. I was sweating and cursing, and feeling embarrassed, and worried that a motorcycle cop was going to come along and ask me what I was doing. I was hating my life.

But in that moment, one word flashed through my mind. It’s a word weighted with determination, and it reminded me not to give up, no matter what life threw at me.

Here’s the story behind the word.

In late November 1944, Allied soldiers were charged with holding the line at a small Belgian town called Bastogne. Word flew in that Hitler was pushing hard and fast, making a last-ditch effort to swing the tide of the war back in his favor. Bastogne proved strategic due to seven crossroads that snaked through the town, roads vital in the transport of troops and ammunition.

The Allied soldiers were rushed up to Bastogne in trucks. They hiked out into the forest in the mud and freezing rain, made a perimeter around the town, dug foxholes, and waited. Food, winter clothing, medical supplies, and ammunition were scarce. Some men didn’t even have boots. They wrapped their feet in burlap bags to stay warm.

The enemy made a larger ring around the Allied troops, dug in, and also waited. Snow began to fall. The temperature plummeted. It became Belgium’s coldest winter in 30 years. The Allied soldiers guarding Bastogne were surrounded.

Then the shelling began. Blood ran. Men on both sides took bullets, lost limbs, and died. 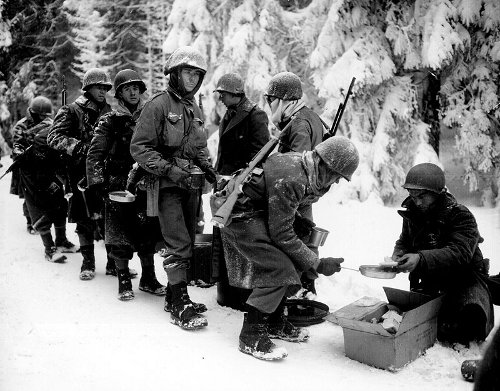 Weeks wore on with little progress. Christmas neared. The two armies were positioned so closely to each other that at night Allied troops could hear their enemies across the line—they were huddled in their foxholes singing Silent Night in German.

On Christmas Eve, 1944, General Anthony McAuliffe, commander of the 101st Airborne Division, issued a flier to his men. It was headlined “Merry Christmas,” and the general wrote, “What’s merry about all this, you ask? We’re fighting. It’s cold. We aren’t home.” He went on to praise Allied troops for stopping flat everything the enemy was throwing at them. Then he described a story that happened two days earlier.

On December 22, the commander of the German army had sent word to McAuliffe. The enemy commander had painted a bleak picture of the Allied position, and insisted there was only one option to save the Allied troops from total annihilation.

When McAuliffe read the demands, he fumed, then sent back to the German commander a reply of only one word.

When the messenger asked for further explanation, he was told, “It’s the equivalent of saying, ‘Go to hell.’” 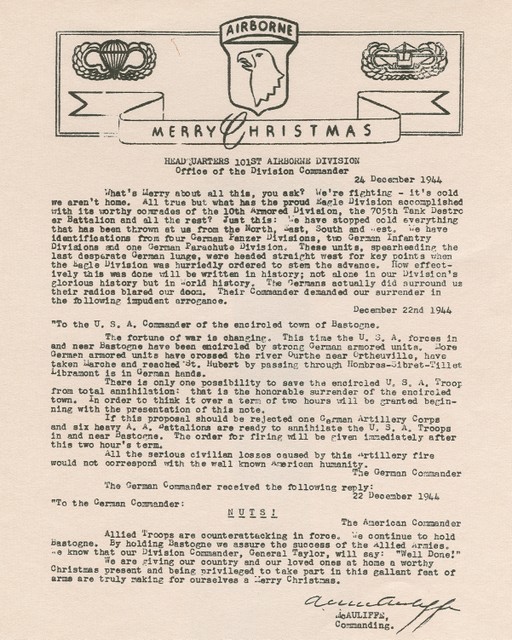 So, how does remembering Christmas 1944 change your life?

Yesterday evening I went to the mall with my family to do some Christmas shopping. We went into The Gap, and I noticed on the wall a recently-released poster of Michael J. Fox and his wife Tracy Pollan. They were doing a promotional piece to advertise the store.

Michael and Tracy were poised in a warm embrace. Tracy’s face was turned away from the camera, but Michael was staring straight into the lens. There were lines underneath his eyes. Some lines from age. Some from laughter. Some from experience. Some from fighting.

And I stared at that poster.

I stared at it a long time.

Michael J. Fox, like Muhammad Ali, has been battling Parkinson’s disease for years. At present, it’s still an unwinnable disease, and its symptoms have only increased in Michael over time.

But here was Michael on a poster in The Gap.

No matter what weakness or problem you’re battling, a dark option always exists to crumble under life’s hardships. When you feel miserable, you’re tempted to quit under the weight of the difficulty.

That’s why remembering Christmas 1944 can change your life. It reminds you that even when life hits you hard, even if you’re fighting in a frozen forest, even if you have Parkinson’s, even if you’re crapping in a bag by the side of the freeway, you keep on going.

You refuse to surrender.

When faced with a difficulty, what ways have you found to persevere through?