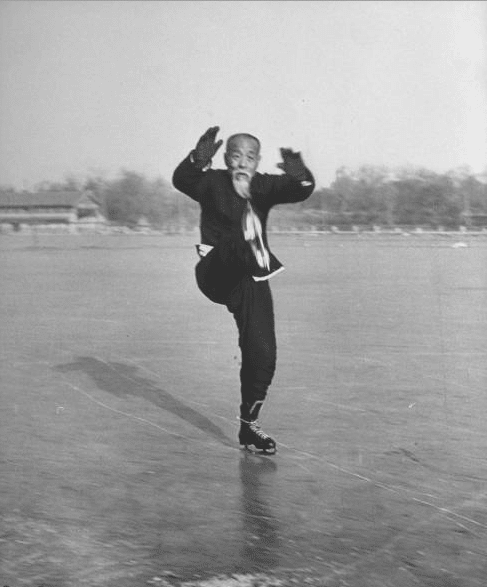 When famed War Correspondent Col. Frederick Palmer called on Douglas MacArthur at his Manila Headquarters, his most vivid memory of the meeting was that of the three frames hanging over the General’s desk. On the left, a portrait of Washington. On the right, a portrait of Lincoln. And between them, a framed version of a poem called “Youth” by Samuel Ullman. He also hung it in his office in Tokyo when he took over as Supreme Allied commander of Japan, and would continue to quote it in the many speeches he gave his “old” age. Because of his influence in Japan, the poem became very popular among the Japanese, and it is still more well known and beloved there than in the West.

Youth is not a time of life; it is a state of mind; it is not a matter of rosy cheeks, red lips and supple knees; it is a matter of the will, a quality of the imagination, a vigor of the emotions; it is the freshness of the deep springs of life.

Youth means a temperamental predominance of courage over timidity of the appetite, for adventure over the love of ease. This often exists in a man of sixty more than a boy of twenty. Nobody grows old merely by a number of years. We grow old by deserting our ideals.

Years may wrinkle the skin, but to give up enthusiasm wrinkles the soul. Worry, fear, self-distrust bows the heart and turns the spirit back to dust.

Whether sixty or sixteen, there is in every human being’s heart the lure of wonder, the unfailing child-like appetite of what’s next, and the joy of the game of living. In the center of your heart and my heart there is a wireless station; so long as it receives messages of beauty, hope, cheer, courage and power from men and from the infinite, so long are you young.

When the aerials are down, and your spirit is covered with snows of cynicism and the ice of pessimism, then you are grown old, even at twenty, but as long as your aerials are up, to catch the waves of optimism, there is hope you may die young at eighty.