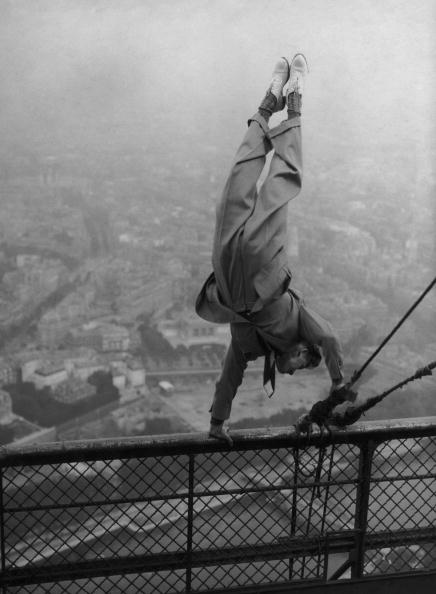 From The Business of Life
By Frank Crane
Published 1916

It is perhaps the primal human interest. Homer reeks with it. The Old Testament, the Eddas, and the Nibelungenlied are compact of it. Death, the supreme Danger, is particularly fascinating.

Digby Bell once said to me that he liked the kind of novel in which there was a murder in the first chapter, and the story “worked from that on up.” Men do not shrink from danger. They love it. They flee clubdom, luxurious leather chairs, highballs, and pussy-footed servants, to go hunt tigers in the wild, climb the dizzy Matterhorn, freeze in the Arctic ice-fields, where they get the scurvy and “spit out their teeth like stone,” or burn with fever in the tropic jungle.

Even the child is not deterred by danger. He loves to experiment with his safety, his health, and his life. Tell him a thing is perilous, and he longs to do it.

It’s the thrill he wants. And only danger can give it. He loves the swimming-hole so deep he may drown, and the loaded gun, and the green apples that may give him the colic.

The gambler does not want money. Give him a million dollars, and he will put it all on the next turn of a card. It is the excitement of that moment of peril he craves.

The essence of interest in every Game is Danger, if not of life and limb, at least the presence of sufficient uncertainty to make it a “sporting proposition.” The English and the Americans are gluttons for danger, and hence they are confirmed sports.

They conceive of everything as a game of chance. A lawsuit is not primarily to discover the facts and award justice, but one lawyer is pitted against another, and the public watches the contest with very much the same sensations it enjoys a prize-fight.

We cannot elect officials without making a game of it. So we speedily scrapped the decorous machinery our fathers devised for elections, organized opposing political parties, and proceeded to make it a game.

Crimes are alluring, and detective stories are fascinating, not because they are immoral, but because they appeal to our danger appetite. Criminals play with the highest stakes, liberty and life; and those of us too cautious for personal piracy like to read about it in “Treasure Island.” The greatest plays are tragedies and end in death, for death is the greatest of all dangers.

From the gentle old lady who “loves her murders” in the morning newspaper, to the sophisticated theatregoer who is best pleased when the curtain falls on plenty of gore, we are all human.

You have observed a curious thing: When this nation was about to enter the late war the country was consumed with enthusiasm, there was entire unanimity of spirit; our two million young men sailed blithely away and the rest of us cheered; but when the war was over and it came to making peace, immediately we fell apart and began quarreling: the Senate snarled; the soldiers complained; everybody seemed out of humor. As one wit expressed it, the Americans said, “Now the war is over, let’s go home and fight.” War, the first and greatest danger, appealed to us. Peace did not. Peace never did appeal to the human race. What it wants is Adventure.

And so long as peace is merely a negation, the stoppage of war, it will be the subject of infinite dissension, even as war produces the greatest social cohesion. Peace can never hope to have the popularity of war until it shall be made equally adventurous.

The human race is eternally young. Youth will have its way. The young man does not want to be safe. He wants to take a chance. He wants to play the game. And war is the most smashing, horrible, and grandiose game ever invented. We must stop it, but we must find a substitute.

It is for this reason the American people do not take kindly to Socialism, or any other system which proposes to make a man secure in his employment. If you were to offer the thousand workmen in your factory a guarantee that each of them could hold his job for the rest of his life, with few exceptions they would reject your proposition. For no American expects to stay in his present position. He is going to advance.

Every laborer feels he is a possible manager, owner, millionaire. One reason why America has been so free from the atmosphere of militarism is that the ways of opportunity are all open. The soul has not been denied the danger-food it craves. When social conditions are fixed, as they are in the old world, and men are held down in the ruts of class, by and by there is an explosion. As a Western friend of mine expressed it, “Everybody just naturally wants to bust loose once in a while.” Peace cannot hope to cope with war until it also supplies opportunities for the people to “bust loose.”