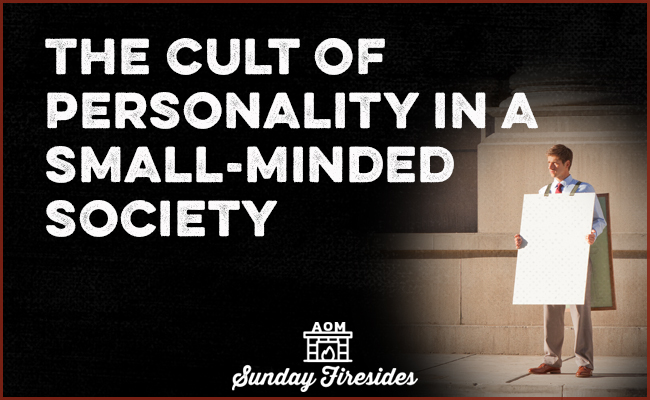 We have moved from living in an information age, to living in a personality age. There is so much information available and on high blast, that people filter which bits to pay attention to based on how compelling/likeable/resonant they find the persona of its source.

As both a cause of this shift and a result of it, every modern individual is encouraged to cultivate their personal brand. The social media feeds of writers, artists, and influencers of every stripe thus showcase their work alongside intimate, behind-the-scenes looks at their creative process, family life, and breakfast choices. Shared thoughts are invariably accompanied by the author’s own face, and every other podcast thumbnail features someone’s smiling or ever-so-serious-looking mug.

There are downsides to this private-mingled-with-public dynamic. For one thing, those with a winning demeanor may not espouse sound principles, while those who do have something worthy to say may lack the ability or the willingness to sell themselves along with their ideas. Socrates wasn’t traditionally likeable; Kierkeegard was compared to a creepy spider; Nietzsche’s sickly nature belied his strenuous maxims. Such still-revered figures would likely have struggled to strike artfully arranged poses on Instagram or attract followers on TikTok.

More pernicious still, is the way the personalization of ideas leads to their shallowing out. While the teachings of philosophers have always been inextricably tied up with their personas, they attracted the attention of others, in order to point beyond themselves — towards principles broader, deeper, and bigger than can be contained within any individual. Today, our focus gets fixated on the gesturing hand itself, and the three fingers which point back to the gesturer.