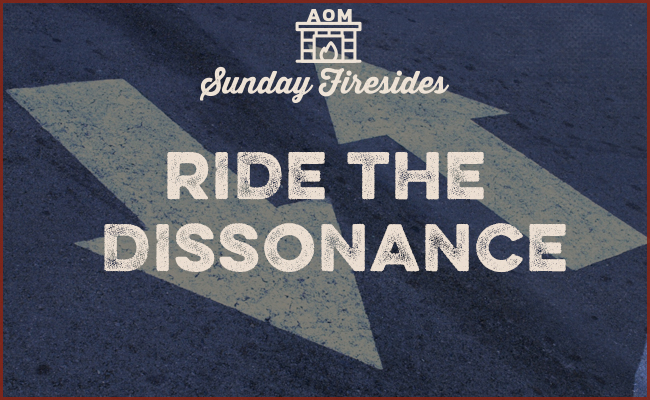 Cognitive dissonance happens when you’re trying to hold two contradictory ideas. It can manifest in making a difficult decision — when you think you want to take one path, but also see good in another.

Cognitive dissonance is a stressful, uncomfortable feeling, and consequently, one your mind tries to rid itself of; to resolve the contradiction — the internal inconsistency — the justification for one option is strengthened, while the positives of the other are denigrated.

“Our relationship was never really happy. We just stayed together out of convenience.”

“I never had any spiritual experiences. Those were just emotions.”

Often this still isn’t enough to keep the niggles of regret and uncertainty at bay; the rejected option must not only be stripped of any inherent good, but turned into an outright evil.

“She was always a cold harpy who never appreciated me.”

“Faith is a mindless delusion of the weak and ignorant.”

Deeper and deeper the antagonism must go to push away any feelings of dissonance. This is how a divorcing couple arrives in a place where they hate each other so much, they find it almost impossible to remember the depth and authenticity of their former romance.

While ridding oneself of cognitive dissonance is surely soothing, it isn’t true to lived experience, creates unnecessary acrimony, and leads to throwing out the baby with the bathwater. It’s harder, but braver, to say: “It was love. There was good. That was real, and I have to live with that, and make sense of it, even as I go another way.”