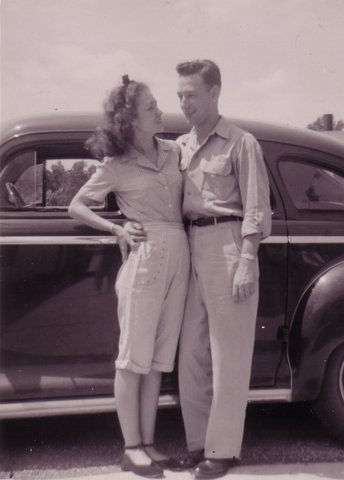 Oftentimes, when a man sees yet another bombshell on the arm of a dude who from all appearances is a complete d-bag, he is compelled to shake his fist at the sky and wonder if there is any justice in the world. “What does she see in him?” he asks in exasperation.

The poser of this question is often a self-proclaimed “nice guy” who doesn’t understand why men of his breed so often seem to finish last while the moronic tools of the world get the girl. To him it seems that his niceness is at the root of the problem, somehow repelling women who inexplicably prefer to date jerks. But the problem is not that this man is a nice guy, but that he’s allowed niceness to travel down the slippery slope into weinerdom.

Too many men use their niceness as a cover for the fact that they’re in fact insecure. It’s this lack of confidence and swagger that kills their chances with the ladies, not their well-mannered ways. Men often set up a false dichotomy. You can either be an arrogant jack ass or a demure nice guy. But there is a middle a ground, the combination women are truly looking for: the extremely confident gentlemen.

While men and women are outwardly quite civilized these days, imprinted on their genes are thousands of years of evolutionary experience, hard wiring from our nomadic hunter/gatherer days. Such wiring leads our genders to prefer certain things in the other. Men seek out young, big breasted, wide hipped women not simply because they’re shallow, but because a man’s inner caveman looks to these characteristics as signs that a woman can produce numerous and healthy progeny. And women look to big, strong, confident men because somewhere deep inside they seek the protection and security those characteristic once provided in primitive society.

So where does that leave the scrawny guy? Banging his head against the cave wall? Must he labor to become a beefcake to attract the ladies? For him, happily not. The need to be physically strong, while still very desirable to many women, is definitely not the deal-breaker it was for our ancient ancestors. Yet the female desire for strength has not dissipated; instead, it has largely shifted to a man’s inner appeal. You don’t have to be a man gorilla to win a woman’s heart, but you do have to be one supremely confident dude. And fortunately, this is within the reach of any man.

Be a leader and a decision maker-not a push-over. Yes, couples are equal partners in our modern society. Yes, men should absolutely respect a woman’s viewpoint and a couple should strive to make decisions together. But for a lot of men, female empowerment means shirking responsibility and decision making all together. A man doesn’t want to seem like a sexist pig, so he goes to the other extreme and constantly defers everything to his girlfriend. No matter how liberated she is, no woman wants to wear the pants all the time. She doesn’t want to be the one who takes care of every single thing. She wants you to take charge sometimes. The reason women sometimes go for total jerks is that they’re usually take charge kind of guys.

Be ambitious. Primitive women wanted to land the tribe’s alpha male, as these men were more likely to be the best providers for their young. You may no longer need to prove to your lady that you can spear a wooly mammoth, but you still need to show her that you’re an alpha male, or at least you’re working towards that goal. If you’re an insurance salesman, be a top notch salesman. If you’re a corporate guy, show her that you’re working your way up to the corner office.

Some men think women are vain and are simply interested in a man’s prestige because it translates into more money coming in. But the heart of this attraction is not the number of shoes she can buy, but the feeling of security a nice salary can bring. Every woman, at some level, wants to feel taken care of.

Have a cool man skill or hobby. Men often have a single-minded fixation on a hobby or interest, and these man passions are really attractive and intriguing to women. I’m not talking about being passionate about collecting Star Wars action figures. I’m talking about being really into music and being able to turn your girlfriend on to new bands and burn her CD’s you think she’ll love. I’m talking about woodworking, and showing your lady your workshop where you make oak tables and chairs.

Whether it’s being really into playing a sport, being able to cook well, being passionate about your volunteer work, or being an excellent photographer, all of these things are attractive to women. Not only does it make you seem interesting and unique, women also like bragging to their friends about it. “Ted made me that chair you’re sitting in.” “Wait until you try Brad’s eggplant parmesan.” Remember, women want to feel like they’ve found a good catch, a man respected by men and envied by women. Napoleon Dynamite was right. Girls like guys with skills.

Be supremely confident about your relationship. A woman wants to feel like you could have had your pick of any woman in the room and you chose her. Thus, she doesn’t want to feel like you are awestruck by the fact that she actually went out with you. Never act dumbfounded when she says yes to things like a second date or a kiss. Don’t ramble on about how women like her never say yes to you, and how you weren’t going to even approach her because you thought she was out of your league. Don’t constantly express your worry that you might lose her.

It’s okay to tell her what a really lucky guy you are and that you feel blessed that you met her, for this simply signals that you are grateful that your paths crossed, not that you’re freakin’ amazed she was interested in you. Always act like you knew she would say yes and you knew she would fall in love with you from the beginning. There’s was never any doubt in your mind. Because you’re the man, and why wouldn’t she fall for you? It’s not about being arrogant, it’s about being completely confident in what you have to offer a woman.

Be supremely confident and comfortable in your own skin. A supreme confidence in yourself can cover a multitude of sins. Even if you haven’t attained alpha male status anywhere in your life, simply being secure with yourself will endear you to women. If you’re a little homely, never let on that you think so. If you’re a little quirky, act like those quirks make you the coolest man in the room. Witness the curious case of the strange and unattractive starving artist. He doesn’t have the looks, the brawn, or the money. But women flock to him because a) he’s got a cool man skill, b) he’s mysterious, and c) he’s completely comfortable in his skin and couldn’t give a rat’s behind what people think about him. Radiate the fact that you are wholly and completely your own man. Being aloof from criticism or insecurities is an essential and attractive man quality to cultivate.

Listen to our podcast on being a nice guy: