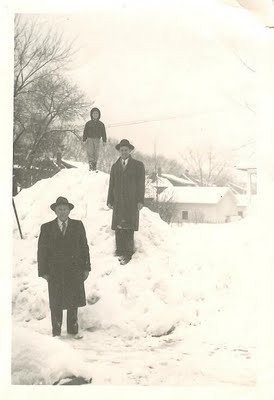 Last week Daniel started an interesting discussion in the AoM Community on what progress men have made in the last 50 years. He was inspired to pose this question by my podcast interview with Walker Lamond, and more specifically, Walker’s comments about how we threw the baby out with the bathwater as it concerns having rules that govern a man’s life.
The Art of Manliness clearly looks to the past for inspiration. But we’re not naive enough to believe that the past was an unmitigated good. So both the podcast and the discussion got me thinking about this question: When it comes to manliness today, what parts of the tradition of manliness should we seek to keep and preserve and what parts should we be happy to assign to the dustbin of history? In other words, what’s the baby and what’s the bathwater? Here’s my humble opinion.

The oppression of women. For most of human history being a man meant being the superior half of the population. Men did honor women, but they also put them on a pedestal, considering them too good or pure to be sullied by the pursuits of men. This barred women from sports, academia, careers, the military, politics and so on.

Some men feel nostalgic for a simpler time where men and women had clearer roles, and think that putting women back in “their place” will return society to the way it was in the “good old days.” Personally, I think the liberation of women has been largely a good thing for both men and women. I’m glad that I could marry a woman who’s my intellectual equal and who has a mind of her own- a woman who’s not dependent on me for her whole identity. I’m glad women can follow their passions and be themselves. Has the feminist movement had some negative effects on women? Sure. But a  man should prize freedom, not just for himself, but for everyone. Women folk included.

A man should suppress his emotions. Decades ago the standard for manliness was the motion picture cowboy. Taciturn and reserved, this man was stoic in both good times and bad. Crying was for sissies. Such reticence may have worked well in the Old West, but as husbands and fathers, such an approach left wives and children emotionally wanting. Many a Baby Boomer man grew up in a home where hearing their dad say “I love you” was a bi-annual occurrence. And where a wife would seek comfort or understanding from her husband, only to be met with stony silence. Men today are free to cry when it’s appropriate, openly show love to their family and friends, and acknowledge their feelings and passions. Some men have taken this emotional openness too far, and let their emotions completely control them instead of the other way around. But when a man can acknowledge and express his emotions in a mature fashion, while keeping them under control, this is an incredibly healthy thing.

There’s only one way to be a man. While it’s easy to be nostalgic for the days of gray flannel suits, 3 martini lunches, and cars with fins, it was also a time of rigid conformity. Being a successful man was narrowly defined-you had “made it” if you had a secure corporate job, a pretty wife who stayed home with your 3 kids, and a split-level house in the suburbs. Men who had a different vision of how to lead a satisfying life either suppressed these dreams or embraced a different path and suffered the snub of society.

While we often think of the feminist movement in terms of giving women a greater number of options, it helped liberate men from the idea that there was only one way to be a man, too. These days a man should still be a provider, but now he can provide by working and bringing in money or by being a stay-at-home dad and raising his kids. A man in an apron cooking in the kitchen is no longer the set-up of a sitcom joke but a legitimate interest. If a man wants to be a nurse, or an elementary school teacher, or an artist, then he’s now more likely to be greeted with a pat on the back than a snicker.

Dads don’t need to be too hands on in the child rearing department. Even the men in my father’s generation weren’t expected to change diapers. Men used to be able to get away with coming home, patting the kids on the head, and then settling in front of the television with a beer. Today men are expected to be just as hands on with the kids as moms. Attending their kids’ sports games, going on father/son outings and daddy/daughter dates, burping and feeding the baby, etc.

While this has certainly added more to a man’s plate, and made it harder to enjoy things that grandpa did, like membership in a fraternal lodge, most dads find it rewarding to play a bigger role in their kids’ lives, and children have benefited from seeing more of dad. 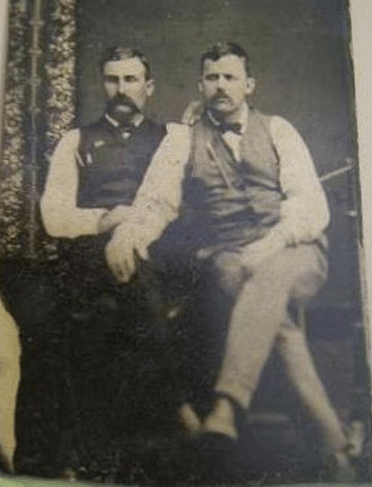 Homophobia. As we wrote about in our article on the history of male friendship, men used to enjoy much closer bonds with each other than they do today. In the 19th century, men felt completely free show their buddies physical affection and tell their friends just how much they meant to them without any fear of being called a “fag.” It was only in the first half of the 20th century, when homosexuality started being analyzed, written about, and denounced, that men started to feel self-conscious about whether or not their actions might be construed as being “gay.” Some modern men still can’t get emotionally or physically close to other men because they don’t want others to think they’re a “homo.”

No matter your stance on the morality of homosexuality, men today should feel secure enough in their sexuality not to care if they come off as “gay” to others.

Leadership. In reading Tom Brokaw’s book, The Greatest Generation, I was struck by the way the men of the past embraced, nay, relished leadership roles. They prized the chance to take on responsibility and guide something towards a lofty goal. Today young men hide from leadership positions, hoping no one will notice them so they can just hang out in the background without any work to do.

From politics, to business, to family, the world needs men of leadership, men who are willing to take on the responsibility of making things right.

Initiative and ambition. Today, women outnumber men at colleges, universities, graduate schools, and some law and medical schools as well. Women also get better grades and are more likely to graduate than men. The feminist movement lit a fire under women’s bums, and it seems a lot of men became content to let them surge ahead while they pulled up a chair and had a beer. But men have always thrived on competition, on the desire to be the alpha male, on the will to be their very best. Not enough has been expected of men in our modern age, and it’s become a self-fulfilling prophecy.

It seems to me that young people today are awakening from the Eunuch Era and embracing the fact that they like to feel like men and women. And that they want there to be some differences in how we treat and interact with each other.

Chivalry and courtship. Our grandfathers held women in such high esteem that they deemed it worthwhile to put in some effort to woo them and treat them with class. They didn’t just hang out with them, they asked them on real dates. Physical intimacy was a sign of commitment in a relationship, not a recreational activity born out of boredom.

Some people think chivalry is sexist; but they’re missing the point. It’s a code of behavior to remind us that men and women are different, which is why it gives both sexes a good feeling.  It’s simply a sign of mutual respect-men and women both do symbolic things for each other to show their affection. Some of the things that men do happen to have been codified into a set of more specific rules.

Manners and rules. Somewhere along the way, being virtuous and well-mannered became associated with being sissy, so that the cultured, polite man began to be seen as effeminate, while the uncouth, disheveled slob became the symbol of the “man’s man.” But the men of yesteryear understood that respect for others was one of the fundamental principles of manliness. And that manners were not baseless outward forms, but important ways to communicate that respect. Instead of stifling us, rules can be liberating. In Walker Lamond’s book, Rules for My Unborn Son, he said:

“Somewhere along the way, rules got a bad name. People wanted freedom. Authority was questioned, rules were broken, dress codes banished! Rules were seen as antiquated obstacles to individualism and progress. Barbers were ignored, ties packed away. And the game of life suddenly got a bit sloppier, more uncertain, and even a bit less fun. My father….understood that a man of strong character, who took pride his appearance and behavior, was given the most liberty to have fun. And so he had rules.”

And one of the rules that men lived by was: 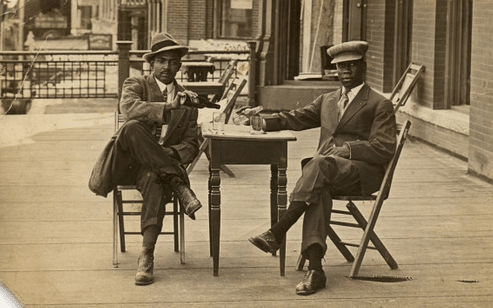 Dressing and grooming well. It seems like every time we post an article on dressing or grooming on the site, we get an angry complaint from a reader who wants to know what haircuts or suits have to do with manliness. These men have forgotten something that their grandfathers knew very well.

The core of manliness will always be your character, your internal values. But those internal values on the inside should correlate with how you present yourself on the outside. If you are a man who is powerful, organized, disciplined, and confident, then that should be projected in your appearance. Your inside and outside are not two separate and unrelated things; there should be a clear correlation between the two.

It’s all fine and dandy to say that in theory a man should wear whatever he likes and if he wants to walk around in sweatpants and a t-shirt  then that f-you attitude really epitomizes manliness. But that’s a completely modern idea of manliness, a clear marker of the disappearance of our civility. For centuries men understood that a person’s clothes show respect for others and respect for an occasion. Yes, you can “be your own man” and show up to a wedding in jeans, but in choosing to detract from instead add to the ambiance, you show a true disrespect for the solemnity of the occasion.

The 9 manly virtues. How well a man lived the manly virtues was the ultimate test of manliness for our grandfathers. These were the values a true man strove to build his life around. Some of them we have written about already; the others we will cover in the months and years to come. They are the timeless benchmarks of manliness and no matter how much the world changes, they should be fervently embraced by each generation of men and taught to the next generation of men.

Alright, that’s what I think, but it’s just one man’s opinion. What progress do you think men have made in the past 100 years? What trappings of manliness should we leave in the dustbin of history? What values of the past should we preserve? Share your thoughts in the comments. And please, remember to show the class, civility, and intelligent discussion that we’re accustomed to here on AoM.