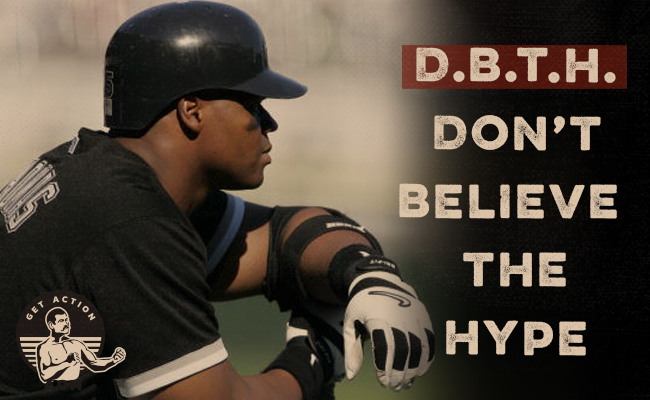 Growing up, Frank Thomas, “The Big Hurt,” was far and away my favorite baseball player. As a member of the Chicago White Sox, he was a beast at the plate and seemed like a stand-up guy off the field too.

I tried to do everything like Thomas. I emulated his stance and swing, I played first base, and if #35 was available, I was #35.

One fact about Thomas that got particularly seared into my mind as a kid was that he affixed a piece of white tape to the door of his clubhouse locker which said “D.B.T.H.” 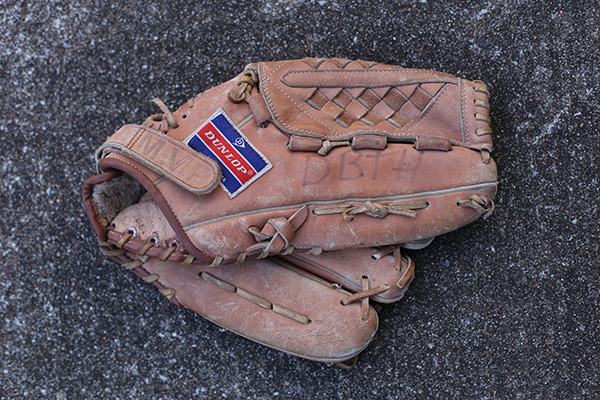 For Thomas, the D.B.T.H. mantra seemed to work on several levels.

First, he didn’t want to let the (justifiably) flattering news coverage of him distract him from the job at hand. In his rookie season, he precociously emerged as a candidate for the Most Valuable Player award, and was already being compared to the legendary Ted Williams. But he didn’t let it go to his head, saying, “I’m not overwhelmed . . . I know what it takes in the way of hard work and concentration. I’m not caught up in the media attention. None of this really fazes me.”

Thomas didn’t see the need to feed into the existent hype by being showy either. He liked getting home runs, and hit plenty of them, but could also be incredibly patient and selective at the plate; he never minded taking a walk. A walk was still productive. He didn’t want to be a flash in the pan, but instead aimed for steadiness and regularity. Said the rookie, “I’m excited about what I’m doing, but the MVP is won a day at a time and that’s how I’m approaching it. I mean, everyone loves to be successful and to read about themselves, but I’m just trying to stay consistent.”

I think for Thomas too, “Don’t Believe the Hype” also meant not getting caught up in trying to compete with those who weren’t playing the game fairly. He called for drug testing of his fellow major leaguers back in the mid-90s and was the only active player to volunteer to be interviewed for the “Mitchell Report” — an independent investigation conducted in 2007 into the use of performance-enhancing drugs in professional baseball. It must have been pretty galling for him to see the hype surrounding sluggers who were knocking out a record number of homers with artificially-enhanced strength. But Thomas never fell into that trap in order to keep up, even as his powers waned with age. When he hit his 500th home run near the end of his career, he could say, “It means a lot to me because I did it the right way.”

Even though I’m a grown man now, I still think of Thomas as my favorite baseball player, and I still think of his “D.B.T.H” motto quite often. It seems like a more important mantra than ever in our spectacularly hype-driven age.

Not many of us have to worry about media coverage giving us a big head, but it’s wise to remember to stay grounded and focused when your parents, or teachers, or friends build you up with flattering praise.

Perhaps even more importantly, it’s wise to recognize that buying into the hype that surrounds other people and products can lead to poor decision making in several ways.

The first is lending “fake news” too much credence. I’m not just talking about outright false stories planted by enemies of the state, but “news” generated by supposedly reputable media outlets. I’ve read far too many stories put out by “prestige” news organizations that merely amount to: “This prominent person tweeted this. These random people responded with these tweets. This person made a meme out of it.” This is literally the entire content of the article. It is paragraphs of text devoid of meaning and significance. Just hype masquerading as journalism. But consume enough of it and it can shape your world view, where you feel like something is happening, but nothing actually is.

Second, there’s of course the hype used in marketing: all the “Greatest,” “Proprietary Blend,” and “One-of-a-Kind” superlatives thrown around. This new diet. That get-rich-quick entrepreneurial course. This new multi-level marketing opportunity that is different than all the rest and definitely not multi-level marketing. Sometimes the slickest advertising campaigns surround the flimsiest, most worthless of products. There’s plenty of sizzle, but no steak. All hat, and no cattle. Unfortunately, you may only realize this once you’ve sunk a sizeable amount of money into an enterprise or purchase.

Finally, and perhaps most salient these days, is the fact that the hype machine can cause you to lend status, and thus credence, to people who don’t deserve it. It’s been said that we’re moving from an information age to a reputation age; there’s so much information out there, that we increasingly rely on gatekeepers to filter it for us. We can’t consume every bit of information, so we hone our sources of it to those that we trust, we base that trust on their seeming influence, and measure that influence on how well-known and seemingly successful they are — their audience size and how many social media followers they have.

The problem here, however, is that much of this status has been bought or manipulated rather than earned. Instagram followers and podcast downloads and Amazon reviews can be purchased like any other commodity; even well-known celebrities do it. A would-be Instagram influencer will follow a bunch of other people in hopes of their following him back; once they do, he’ll then unfollow them all. (It’s a fun exercise to run your favorite Instagram account through this site to see if they’re engaging in this practice.) So much of “influence,” authority, reputation, then, is merely smoke and mirrors. Hype.

These artificially puffed-up people may not be the best ones from which to take advice; and comparing your status to theirs is a losing game, since you’re judging yourself against what is actually a well-crafted illusion. It can lead you to compromise your values in order to compete.

In this landscape of funhouse mirrors, of relentless self-promotion where “attention” is the coin of the realm and getting noticed, no matter what for, is the name of the game, it serves a man well to keep D.B.T.H. at the forefront of his mind. To concentrate on creating real value himself, and sussing out the real value of others. To always be seeking the kernel of truth at the center of a whirlwind of hype.