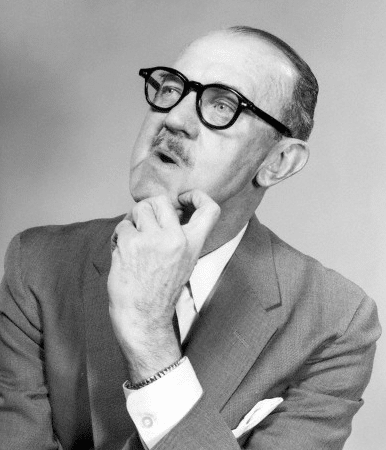 The use of “kind of” and “sort of” to moderate the degree of what comes after (“I was kind of afraid but not really”), or to describe something of a nature that can’t be pinpointed with exactness (“The device was sort of shaped like a sphere”) has been around since the 19th century. But the popularity of these colloquial phrases, especially “sort of,” has grown exponentially over the last few decades.

This is true both of the written and the spoken word. The rise of “kind of/sort of” in the former can be seen when one runs these phrases through Google Ngram – a feature which scans Google’s vast repository of books and charts the frequency with which any word or words appear within it. Here’s how “kind of/sort of” tracks over the last two hundred years:

In writing, using “kind of/sort of,” though informal, can be an appropriate choice when employed to convey “to some extent,” “rather,” “somewhat,” etc. But when used in speech, these phrases just as often serve merely as meaningless filler, akin to “um” and “like.”

To highlight this fact, I pulled a sampling of quotes from recent episodes of the Diane Rehm Show — a call-in radio program that airs on National Public Radio. More specifically, they were culled from the show’s “Friday News Roundup,” a weekly installment in which a panel of journalists discuss current events:

“It’s one of the reasons why Joe Biden is now very publicly starting to mull whether to sort of join the race.”

“And the U.K. media picks one or two kind of really rare examples and blows it up as a ‘look what’s happening to our nation.'”

“I mean, they kind of had — they sort of behaved rather erratically when the stock market was crashing and then rallying.”

“This could be engineered as some sort of attempt to sort of provoke them more and say, look, we’re not just going to take this.”

“So it’s kind of sort of a real kind of visceral gut bellow of unhappiness at the idea that this president and this America seems unable to constrain Iran.”

“And now you’re going to have a whole European community having to define that in sort of real time.”

“It’s not an issue of sort of his political positioning. It’s an issue of emphasis, sort of where do — what’s the prime mover to address what everyone agrees, on that side of the aisle, is a sort of inequality in the country.”

“She could have sort of ripped off the band-aid by turning it over six months ago.”

“You’ve had these huge, kind of boatloads of migrants come in from Libya, trying to get into Europe.”

“He shows up in the court with this sort of graying sort of white hair.”

“The interesting thing is in all three of these attacks, it’s a specific kind of sort of ISIS form of terrorism.”

Unlike “um” or “like,” which emptily fill space, but don’t fundamentally alter the meaning of what someone says, “sort of” and “kind of” can actually render a phrase nonsensical, or at the least, diminish its veracity.

What is a kind of boatload as opposed to just a boatload?

How can a candidate sort of join a political race?

In some cases the use of “kind of/sort of” directly contradicts what comes after. Something can’t be kind of really rare; it’s hard to know what sort of real time constitutes; and a band-aid can’t be sort of ripped off — the very act requires clear and decided action!

Interestingly, while “kind of/sort of” can in some ways dilute and diminish the efficacy of rhetoric more than “like” or “um,” this form of speech filler has encountered far less derision, and seems to be enjoying an unchecked and unremarked upon rise.

It’s undoubtedly been silently observed by many folks, however. Or at least I couldn’t help but notice that over the past few years “kind of’s” and “sort of’s” seemed to be increasingly littering the radio shows and podcasts I listened to.

But this was of course a merely anecdotal observation. So I decided to look into the phenomenon more and see if I could find evidence that “kind of/sort of” is indeed waxing in the speech of Americans.

To conduct my experiment, I set out to see if the frequency of “kind of/sort of” had increased over the years, using Rehm’s “Friday News Roundup” as a test case. (The two-hour program is divided into the domestic and international hour; I focused on the domestic hour.) I chose this show because 1) it’s been on a long time, with pretty much the same format, 2) the show includes a rotating panel of guests, which would somewhat control for the fact that particular individuals say “kind of/sort of” more than others, and 3) the journalists on the panel have similar socioeconomic and education backgrounds (another controlling factor).

Here are the results:

Obviously, this isn’t a super scientific study; one would ideally use more data points to create more accurate averages. But the data does seem to point to a gradual, but steady, increase in the occurrences of “kind of/sort of.”

It would of course be interesting and instructive to chart the data over a longer period of time. But Rehm unfortunately only has transcripts available for shows starting in the 2010s. I wanted to get at least a small peek at the past, however, so I invested some money in having all the News Roundups for August 2005 transcribed, and then again went through the counting/averaging process described above. This additional data point allows us to see the rise of “kind of/sort of” over the last decade, providing a slightly more macro view of the phenomenon:

All in all, it does appear that the use of “kind of/sort of” in our public discourse has been on the rise of late. And so the next logical question, of course, is why?

What’s Behind the Rise of Kind of/Sort of?

Using “kind of/sort of” allows a speaker to moderate their statements and build in some vagueness and wiggle room. It’s a way to hedge one’s bets should someone take offense or question what’s been said.

It’s not surprising then that the journalists who appear on Rehm’s News Roundup often employ the “kind of/sort of” hedge in an attempt to make what might be a more controversial statement, appear less so. Rehm invites both conservative and liberal leaning guests to be part of the panel, but the discussion of the week’s news is supposed to remain at least ostensibly straightforward and balanced. Thus, when one of the guests seeks to make a partisan statement, but wants to make it sound more neutral, they’ll frequently pepper in some “kind of/sort of’s” to soften things up. For example:

“So I thought that was pretty striking, but, of course, the evening’s most, you know, really sort of astonishing back and forth came relatively early on when Megyn Kelly went directly after Donald Trump on the question of his, you know, very long and, you know, sort of hugely documented history of misogyny.”

“Hillary is a secretive character, that she, you know, sort of never apologizes and that she is not being straightforward in this.”

Guests will also employ the “kind of/sort of” hedge when they don’t seem to be an expert on a certain story or region in the world, and don’t want to say anything that might turn out to be inaccurate. For example:

“They assigned a hostage sort of envoy to sort of coordinate the government’s response.”

“You know, one of the sort of under-noticed things about Georgia [the country] is how much it became a sort of economic destination for investment.”

Both these motivations for using “kind of/sort of” point towards what I would hypothesize is the big underlying reason for the increase in these phrases: the hyper-scrutiny placed on what everyone says in the digital age. In modern society, anyone who speaks publicly is under a microscope. Misspeaking, whether in getting your facts wrong or saying something unintentionally offensive, can unleash a torrent of criticism on social media. Rhetoric has thus become a risky proposition, so that speakers feel they must build in ready-made loopholes, through which they can backtrack should they be challenged.

In such an environment, the bold, clear-cut declarative sentence sometimes seems to be, if not dead, then on life-support.

Mean What You Say, Say What You Mean

I’d like to make it clear that I’m not castigating those mealy-mouthed “others” out there who have succumbed to the “kind of/sort of” trend; I struggle with misusing these phrases too, both in my day-to-day conversations and in my own podcast. But ever since I started noticing the overuse of these phrases, I’ve been trying harder to weed them out of my speech. Because I think the forthright declarative sentence is a part of rhetoric worth preserving!

All filler, whether it’s “um,” “like,” or “kind of/sort of” needlessly clogs up one’s speech. This empty padding weighs down your words and stymies the kind of sparse, muscular rhetoric that’s more effective, powerful, and convincing. Meaningless “kind of’s” and “sort of’s” can dilute and even contradict your meaning. They can also make you seem less confident and sure of what you’re saying, and thus less trustworthy.

We should all strive for communication that’s clear and direct. If you’re unsure of the facts about something, it’s better to say nothing than to say something so squiggy as to be devoid of content. And if what you say may cause offense, you may either keep it to yourself, or issue your opinion boldly, content to let the chips fall where they may.

Instead of kind of, sort of speaking your mind, say what you mean, and mean what you say!