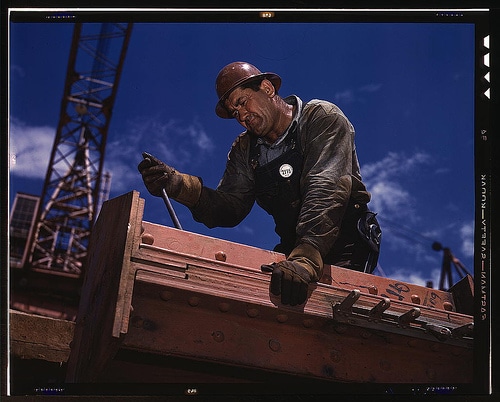 As a member of a Generation Y, I’m always on the look out for articles about people my age. While many sociologists and employers have very positive things to say about my generation, they also make critiques. A common criticism that many employers have about young people entering the workplace is that 20-somethings want all the trappings of a successful career but aren’t willing to put in the work needed to earn them. Young people just don’t want to pay their dues anymore.

Which isn’t surprising. Many members of Generation Y grew up getting trophies and accolades just for trying. In high school and college, many of these young people (and their coddling parents), demanded they receive good grades even if their work was shoddy. Consequently, the idea that you might actually have to earn success through hard work has gotten lost on many “millennials.”

Lifestyle pundits encourage such an attitude by saying that paying your dues is an antiquated idea. That really depends on how you define the phrase. If it means slogging through 80 hour weeks to move up the corporate ladder to a position that pays well but you hate or if it is used to make you jump through pointless hoops for no reason other than your higher-ups had to, then yeah, it’s not a very helpful philosophy. But to me paying your dues means putting in the time and work to attain your dream job.When you’re moving from point A to point B, it doesn’t matter if B is being a CEO or a rock star; you’ve got to pay your dues to get there. Here’s why.

You have to start somewhere. I know a couple of guys my age who are unemployed and living with their parents because they can’t get the job they feel they deserve, and they refuse to work a “menial” job because they think it’s beneath them. They expected to jump into their dream job right out of college. But you have to start on the “bottom” in every job, not only if you’re looking to move up the corporate ladder.

Reading through our “So You Want My Job” interviews, a common theme has emerged. The men who now have their dream jobs often started out working at the “bottom” to get the experience to move into what they really wanted to do. Jason Stoltzfus, started out as a regular roadie, and learned the trade and skills needed to become a guitar tech. Eitan Loewenstein put on sketch shows for an audience of two in a dingy theater above an ice cream shop before getting roles in national commercials. You’ve got to start somewhere and pay your dues to move up in the world.

Success comes from years of hard work. Not only do many millenials expect to land their dream job right away, they also expect to immediately live the same lifestyle they had when they left their parents’ house. They want nice clothes, nice furniture, a brand new car, and a nice house the moment they set out in life. Of course, in order to do this right off the bat, these young people have to take on huge amounts of debt.

I’ll admit that I get to thinking like this sometimes. I would love to have the same lifestyle I had when I lived with my parents. It was nice! But then I remember something my parents told me one day when I was moaning about not having money to buy some frivolous thing, and it put everything in perspective for me.

They said, “Brett, this house, the cars, the nice clothes, and the video games for Christmas we were able to buy for you and your siblings are the result of years of hard work. It didn’t happen overnight. We started out living in a one bedroom house with a metal roof in the middle of the New Mexico desert. But with patience and perseverance, we were able to make a life for our family.”

That shut up my whining.

In the age of seemingly overnight Internet millionaires, it’s easy to forget that success comes from years of hard work. Even the overnight successes weren’t really overnight. Take Facebook for example. Harvard student Mark Zuckerberg started Facebook back in 2004. In just a few years it has become one of the most trafficked sites on the internet and has made Zuckerberg a millionaire.

While it seems Facebook is your typical overnight success, it was actually years in the making.  Zuckerberg started programming back in middle school. While most teenagers were playing video games and watching MTV’s Total Request Live, Zuckerberg was hammering out code. Consequently, when the muses visited Zuckerberg in his dorm room, he was ready with the knowledge and skills to build Facebook. Even after Facebook launched it would take a few years for the site to grow to where it is today.

In Malcolm Gladwell’s book Outliers, he posits that greatness comes through adherence to the “10,000 hour rule.” Pointing to people like the Beatles and Bill Gates, he argues that their success came from practicing their skills for 10,000 hours, not through some inherited genius.

We’d all love to be rich overnight, but unless you win the lottery, it just isn’t going to happen. The path to success is hewed through years of dedicated and relentless hard work. In short, you have to pay your dues before success comes.

Recognize tradeoffs exist when you live by your values. In news articles and blog posts discussing Generation Y, employers gripe that these young people don’t want to work as much, but they still want the high salaries and cushy benefits. As a law student, I heard about this a lot. Senior partners at firms complained that new associates were demanding lower case loads and fewer required billable hours, yet they still wanted the nice six figure salary so they could have the freedom to have a life outside of work.

I understand Generation Y’s desire to work less and have more time. Many from this generation came from homes where their Boomer parents were workaholics and hardly spent anytime with the family. But time is money. If you value your time, expect to earn less. If you value wealth and money, be prepared to put in a lot of hours at work. The key is to figure out what you value and accept the tradeoff.

Some might argue that there are plenty of people out there who make lots of money, but aren’t slaves to work. I’ll concede that such people exist, but would follow up with inquiring on what that person had to do to get to that position in life? More likely than not, they had to hustle their butt off. Exceptions exist, but I’m pretty sure most of these types of people spent years investing all their free time and money with the hope they would have more of it in the future. They had to make a trade-off: less time and money now, for more of it later. In other words, they paid their dues. Which takes us to our next point…

My dad is a good example of this. His goal starting off in life was to be a federal game warden. After he graduated college, he started looking for a job as a state game warden so he could get the experience he needed for the fed job. But no job openings existed for a year. So my dad worked in a liquor store to make ends meet until an opening came up. It’s not the most glamorous job for a college graduate, but my dad was hungry and humble enough to do whatever it took to reach his goal.

Albert Einstein didn’t become a world renowned physicist right after he got his diploma. He graduated college trained to become a professor, but like in my dad’s situation, there weren’t any job openings. Did Einstein whine and complain that because he finished college he was entitled to a job? Nope. Instead he got a job as a clerk in a patent office in order pay his living expenses. In his spare time, Einstein continued his real work as a scientist and developed the special theory of relativity.

If you have a great goal, be willing to make sacrifices for it. If you want to start your own business, you may have to moonlight it a few years until you can quit your day job. Spend all your free time getting the skills and putting in the work to make your dream job a reality. If you want to get out of debt quickly, you may need to take on a second job delivering pizzas or working as a coffee barista. Whatever your goal is, you’re going to have to pay the piper upfront before the dance begins.