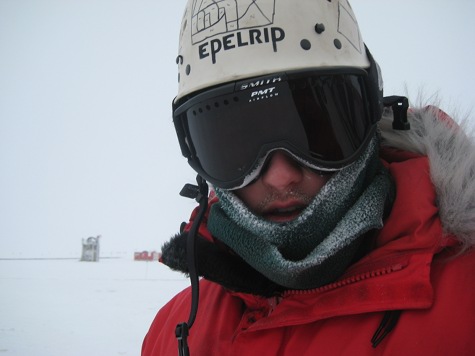 Once again we return to our So You Want My Job series, in which we interview men who are employed in desirable man jobs and ask them about the reality of their work and for advice on how men can live their dream.

Today we feature a man who took a job thousands of miles away from home, and the ordinary. Steve Faulkner spent 5 weeks at the bottom of the world, the South Pole, for one super cool science project. Steve did this interview awhile back, and though he’s home now, he’s surely missing the time when his best friends were penguins and the abominable snowman. You can find of Steve’s musings at his blog, South Pole Steve.

My name is Steve Faulkner.  I am 21, born in Berkeley, California and grew up in Portland, Oregon and Madison, Wisconsin.  I went to school at University of Wisconsin – Madison and graduated in December 2008 with degrees in Engineering Mechanics and Mathematics.  Right now I am working at the South Pole on a research project known as IceCube, sponsored by the National Science Foundation.  I worked for the project for 3 years as a student engineer during college, but this is my first time to Antarctica.  I will only be here for about 5 weeks, but many drillers stay for the whole summer season – 4 months.  During the South Pole winter there are also researchers that stay here.  They are stuck here with no way to leave and no sunlight for over 7 months.

IceCube is a very large particle detector.  It is looking at the light created by neutrino interactions deep in the Antarctic ice sheet.  To observe this light, we drill holes roughly 0.5m in diameter and 2500m deep into the ice sheet and drop strings of photo detectors down the holes.  There are 80 holes to drill, with 44 done in previous years.  Each year we are able to complete between 16 and 20.

I work as an operator for the drill system. To call it a “drill” is actually a misnomer, no cutting of the ice takes place.  We are using extremely high pressure hot water to melt the holes in the ice.  The entire system consist of several different buildings devoted to melting ice, storing water, heating water, pressurizing water, and sending it down the hole.  A driller’s job consists mostly of maintaining and operating these systems for maximum drill speed and thermal efficiency.  The entire system is run 24 hours a day by a team of 3 shifts.

2. Why did you want to become an Antarctic driller/researcher? When did you know that it was what you wanted to do?

I first became interested in working at the South Pole about 3 years ago, soon after I started working for IceCube.  Originally I didn’t know much about the project and the thought of spending several months at the South Pole seemed daunting.  I quickly learned more about the work being done at the Pole and became very excited.  I arranged my schedule to graduate a semester early just so that I could come to Antarctica for the second half of the season.

3. If man wants to become an Antarctic driller/researcher, how should he best prepare? What’s the best route into the job?

First off, graduate college with an engineering or science degree.  If possible try and get a graduate degree.  Almost all of the projects are related to fields such as Physics, Meteorology, Biology, Geology, etc.  The support staff for many of these projects is almost entirely engineers.

After that, you need to get experience in the Polar Regions, or work for a project doing research there.  Even at the South Pole there are maintenance staff, fuel techs, cooks, etc.  Raytheon Polar Services staffs most of these positions.  They often post job openings on their website.  Experience with Raytheon will be a huge step in getting hired to work for a research project.

4. How competitive is it to get a job as an Antarctic driller/researcher?

Competition is quite variable.  Some years they have many applicants, some years it is slim.  Living at the South Pole isn’t for everyone.

Experience is definitely the most important quality.  Many of the other researchers and drillers have been to Antarctica for other projects or to work as support staff. 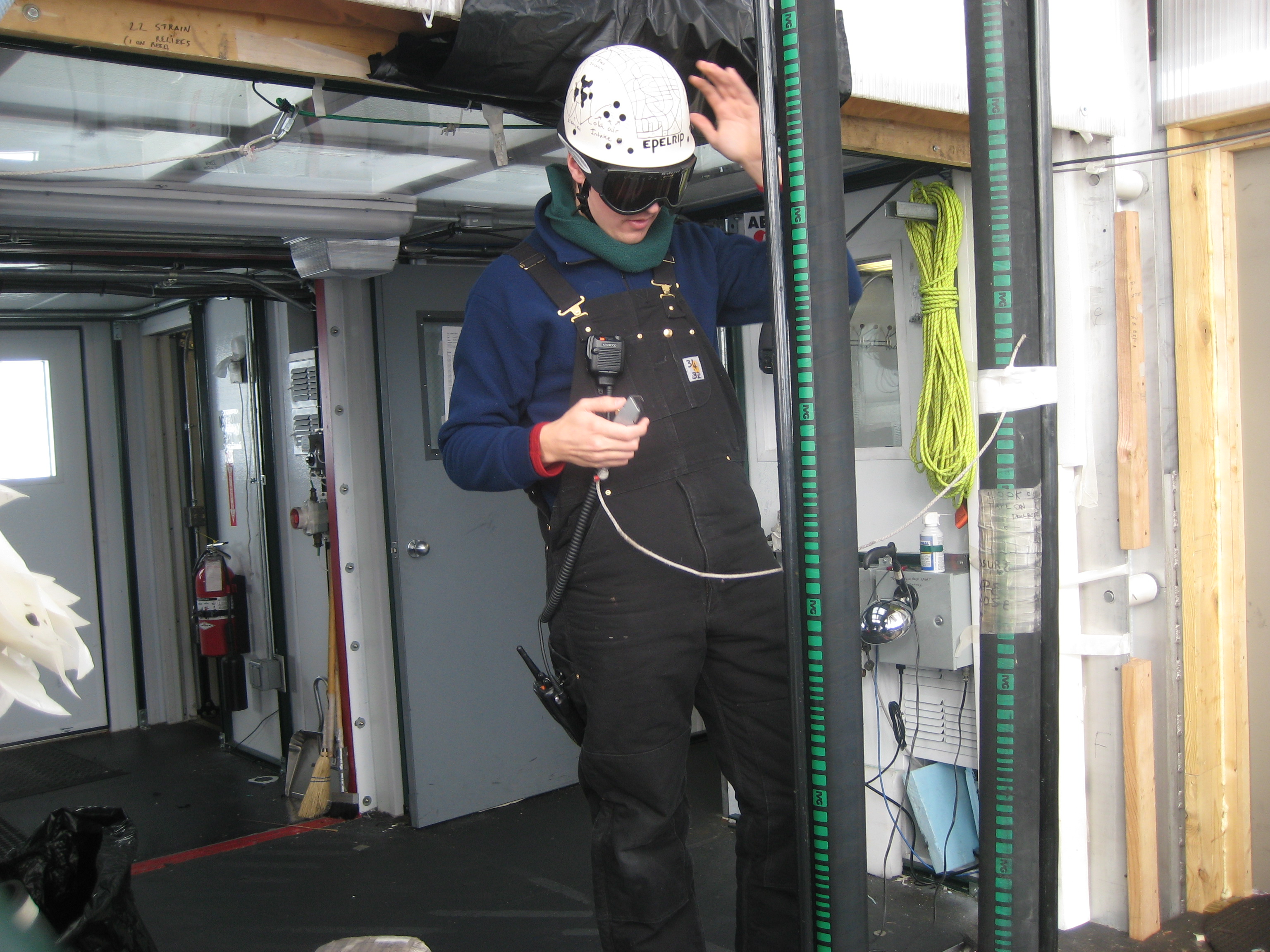 The best part is being able to work on exciting and cutting edge projects.  The project I work for, IceCube, is promising to be one of the greatest physics experiments in recent history.  It will hopefully open up an entire new realm of astronomy. Also, being able to say you have been to the South Pole is pretty cool.

Living at the South Pole can be tough.  The effective altitude is around 10,000 ft which takes several weeks to get used to.   The air is very dry and cold which makes it difficult to breathe.  There is also sunlight 24 hours a day.  This tends to mess with your body’s internal clock.  In addition, most of the sun reflects off of the ground.  This means if you don’t wear sunglasses you can go snow-blind in a matter of minutes.

It changes based on your job and how long you spend down here.  Most people are only here for a few months at a time.  During that period, work is heavily emphasized and it is only possible to contact your family for about 9 hour window each day.  For many people this window is in the middle of the night.  I sometimes wake up a couple hours before my shift to make phone calls home.   During “off ice” time it is very easy to take time off and spend it with your family.  Some of the people down here, this is their only job and the other 9 months of the year they are free to do what they want.

Yes, there are managers and shift leads down here.  Experience is the key to getting one of those jobs.  The higher ups always have several seasons on the ice and usually have worked on a project for quite some time.