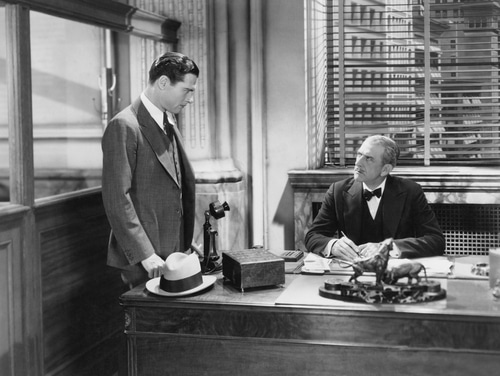 Every boss will say that one of the worst parts of their job is having to fire people. Even when you’re letting someone go purely for financial reasons rather than performance, it’s an unenviable task, as it obviously drastically changes the former employee’s life and is among the most stressful events he or she can experience. And yet it’s a necessary part of business, especially when you’re in a supervisory role. Firing an employee will be awkward and uncomfortable no matter what, but there are a few things you can keep in mind to make it a little less painful for everyone involved. You also want to protect your legal and financial interests, which can easily be forgotten in this process. Below you’ll find tips gleaned from seasoned executives, as well as logistics to think about, that will help guide you through the process.

Do You Give Advanced Warning?

In some cases, it’s necessary (perhaps because of company policies) and/or desirable to let someone know well in advance that the writing’s on the wall and that they’ll be terminated if they don’t make needed improvements. Unless the performance/behavior at issue is especially egregious — sexual harassment, for instance, is grounds for immediate termination — sometimes the employee can realize the error of their ways and turn things around.

You can set up an initial meeting to lay out the fact that things aren’t looking good for them, and to let them know the situation can be turned around with some measurable goals being met within a certain timeframe, generally 30-90 days. There is a standard action plan for this called a Performance Improvement Plan (PIP). Once the “probation” period is up, if the employee still isn’t up to snuff, they know what’s coming, and are fired. This also gives the employee the chance to resign and exit gracefully themselves within that timeframe should they choose to. When this type of performance plan is put in place, it’s common for that to happen.

If the layoff is related to finances versus performance, it’s best to carry out the termination without any warning. Announcing to the office that someone(s) will be let go if the business’ profits don’t improve will only cause stress, fear, and intense competition — not things that make for a good work environment.

Protecting yourself legally has become ever more important in today’s litigation-happy society. You need to document any infractions or performance problems well in advance of any action being taken. Keep digital (and physical) folders of emails sent, write-ups given, PIPs, etc. You want any communication in writing, so even if your conversations were face-to-face you’ll want to send summary emails. Don’t let any communication or reprimanding happen prior to the firing without documentation.

After you’ve documented what needs to happen, you need to act quickly. While bosses and corporations often have a reputation for being ruthless robots without an iota of human sensitivity, the reality often tells a different story. Multiple people I spoke with mentioned the need to act quickly once a decision is made to terminate someone, as all too often a supervisor will put off the firing because of how uncomfortable and sometimes heart-wrenching it can be.

While business often becomes personal, the bottom line never does. One exec I talked to ensures that his relationship with coworkers isn’t very close because you just never know when hard business decisions will need to be made.

The phrase “I should have fired them a long time ago” should not be uttered from your lips. Rip off the band-aid as soon as a decision has been made, and don’t let those decisions be influenced by personal relationships or uncomfortable feelings on your end.

So you’ve set in place a PIP to no avail, and you’ve documented the employee’s need to be let go — what do you do next? Before you go about even setting up a meeting with the to-be-terminated employee, make sure you’ve planned ahead about the logistics of firing someone. Besides just physically getting them out of the office, you need to think about the following aspects:

Is the Employee a Danger?

While not common, it’s important to know if security and/or local police will be needed should the employee become belligerent. If there’s even a hint that an employee could pose a threat to themselves or others, you should notify security and/or police. And frankly, it’s not a bad idea to let security know to be on call, even if you don’t perceive a possible threat; it’s impossible to know who could have a short fuse, and even just the presence of security could keep someone from lashing out. Always better to be safe than sorry!

Have Someone With You in the Room

It’s good to have backup in the room if possible. This person — often from HR in larger companies — acts as a witness to what is said, and what happens after the deed is done. If legal actions are taken, this backup can verify details as a third-party so that things don’t get personal or devolve into a match of he-said/she-said.

Keep the Meeting Short and to the Point

This isn’t a time for idle chitchat. Get right down to business, and keep the meeting short and informative. Explanations are okay, but not necessary. This isn‘t a time to justify or to assuage your guilty feelings. It can be as simple as “We’re letting you go effective immediately. Your last paycheck will be deposited _____. Do you have any questions?” It seems cold and impersonal, but frankly, it needs to be.

This also isn’t a time for discussion. You should only be doing this if the decision is final anyway, so if the employee tries to talk themselves back into their job, calmly say something like, “This decision is final, and you need to pack up your things.”

Be prepared for any number of reactions — upset, confused, angry. Mentally walk through how you’ll handle each of these emotions. Also be sure to have a clear way of ending the meeting if it seems to be dragging on a bit. A good way of doing so is to stand and offer a handshake (if they accept that handshake is up to them — a gentleman always offers though!).

Leave Emotion Out of It

You are likely going to feel bad terminating someone. That’s human nature. Unfortunately, you can’t really let that show. Apologizing only weakens your position, and could hurt you legally. It may also lead the employee to think you don’t really want them gone, which can make them try to argue for their job (see above). The old cliché that “it’s not personal, it’s business” needs to ring true when firing someone. Having said that, you need to learn to walk the fine line between impersonal and callous…

Treat Them With Civility

No matter what, strive to treat the terminated employee with civility. Even if the termination is of their own doing, it’s most often a humiliating and shameful experience. The last thing you want to do is pile on and add to that. Let there be no demeaning language, keep your voice calm and level, and under no circumstances should you fight back — with words or fists! — should they become angry and resort to yelling or name-calling. Be both magnanimous and stoic.

Another aspect of this is simply giving the employee space to process what’s just happened. Hearing the words “We’re letting you go” is a surreal experience. Having gone through this myself once, I can say that it does take a few minutes for the reality of the situation to actually sink in. You sort of go into asking questions and muttering incoherences without even realizing it. As a boss, you can give them that space to just sit and process for a little bit. If they ask questions, it’s up to you whether to answer or not, but generally it’s safer not to (for legal reasons), unless it’s about logistics regarding the end of their work with you (see above about planning ahead).

Which Day of the Week Should I Fire Someone?

There are various schools of thought when it comes to which day of the week is best for firing someone. You’ll find proponents for Mondays, Fridays, and also mid-week. I’ll briefly break down those arguments, and let you come to your own informed decision on the matter.

Monday: If you let someone go early in the week, the idea is that they then have the rest of the workweek to immediately take action to find new work. They can communicate with their network, send out resumes, apply for unemployment — all while the week is still young. That thinking means a little less these days in our largely digital world in which you can do all these things from a computer. But, people are still more likely to be reachable early in the week versus later, especially in summer months.

Friday: A firing at the end of the workweek theoretically leads to less commotion in the office. It’s more likely that not everyone will be in the cubes, and it’s even possible to arrange a late meeting and ensure that the termination happens after most people have gone home. This also gives both the fired employee and the rest of the office team (if they’re present when it happens) the chance to absorb the news and decompress from any angry feelings over the weekend. This is also risky, though, as it’s possible the employee feels used for having worked the whole week when it’s likely that the superiors knew at least a few days prior.

Any other day: Many HR reps and supervisors will say that you should let someone go as soon as the decision has been finalized, no matter which day it falls on. Dawdling doesn’t help anyone: it makes the employee work longer than necessary, and protracts your brooding over the task to come.

Does Time of Day Matter?

Just as there are differing ideas on which day of the week to let someone go, so too there are varying theories for time of day. Doing it in the morning gets it out of the way rather than having to think about it all day, and also keeps the employee from putting in a full workday. This can be tricky because it’s also when the office is filling up and people are getting coffee and saying hi to each other — it may cause more commotion than at other times. It’s also possible that it sets up a poor day of productivity for the whole office; will folks just be thinking about whether their own job is on the line?

The end of the day can ensure that people are filtering out of the office, and after it’s done, the employee can clean out their things with some privacy. If other employees are still present, it can give them the evening to process what’s happened rather than doing so during working hours. One negative of this may be that the employee doesn’t get a chance to say goodbye to coworkers. In my own experience, I was let go at the end of the day, but was able to say goodbye outside the office because we had developed true friendships.

Firing someone is an unpleasant experience. There’s no way around it. In spite of that, you can work to make the experience as smooth as possible, protect your company, and treat your ex-employee with courtesy on the way out. Remember, it’s not personal, it’s business.