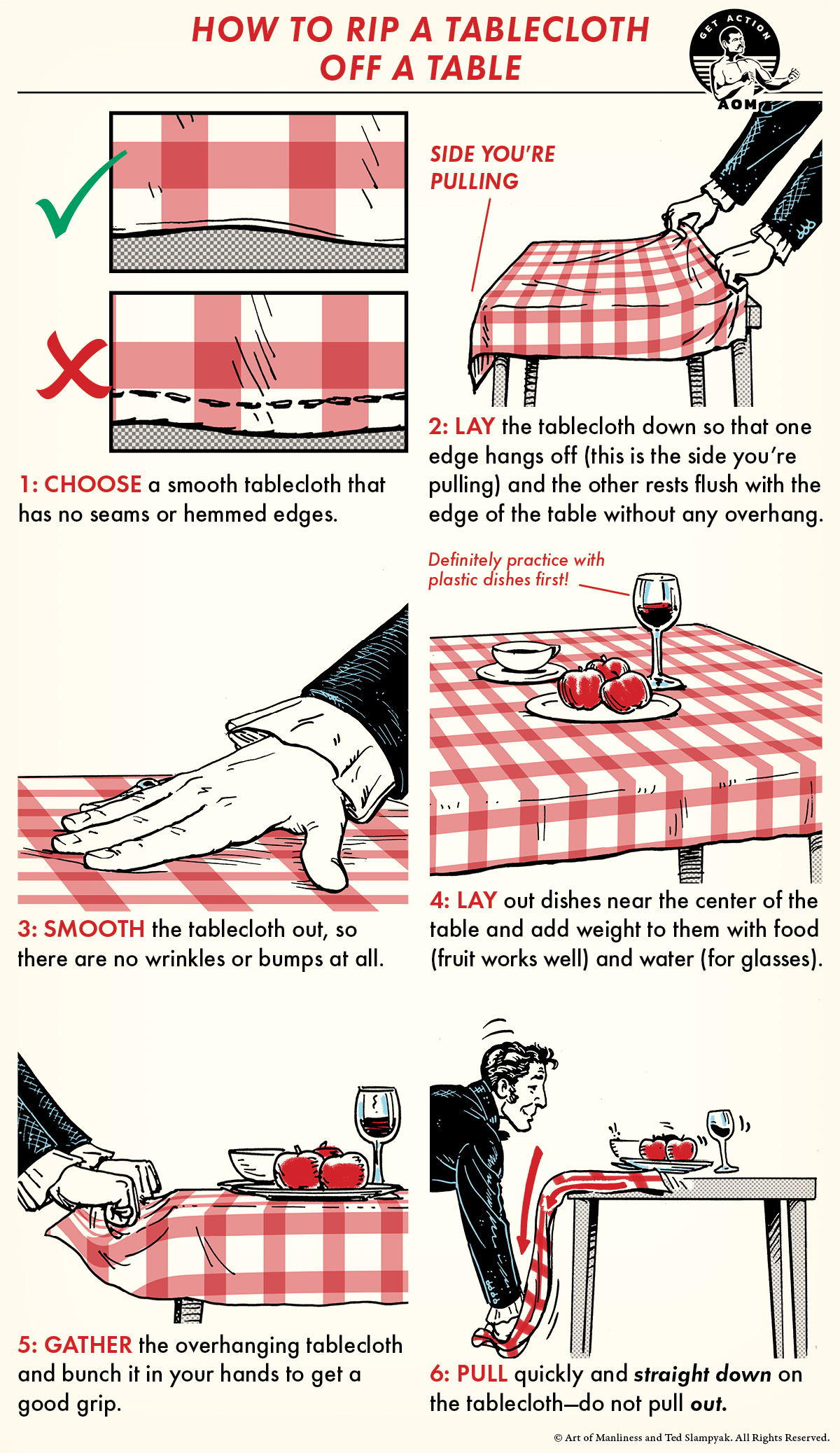 Few tricks are as classically cool as ripping a tablecloth out from under an array of dishes, wine glasses, and table settings. The potential for disaster is enormous, but that only makes the reward of doing it successfully that much sweeter. You’ve probably seen the trick performed dozens of times in movies, or even done in person by a magician. But you don’t need a degree in sorcery to pull off this move. At its core, it’s a simple application of Newton’s First Law of Motion: “Every object persists in its state of rest . . . unless it is compelled to change that state by forces impressed on it.” When you pull a tablecloth quickly, the resulting force of friction on the bottom of the dishes and glasses isn’t enough to overcome their state of rest. That is, of course, if it’s done right; while the cinematic version of this stunt is often performed spontaneously, a good chance for success actually requires a bit of practice and preparation, including in the kind of tablecloth you use and how you place it. 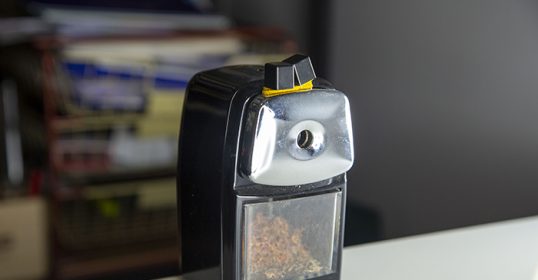 6 Ways to Sharpen Your Pencils