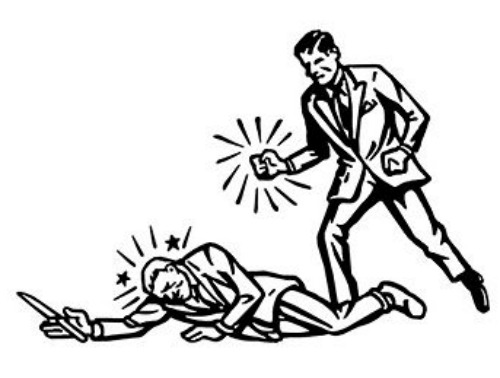 I think we’ve all thought about it at one time or another. What would you do if you saw someone commit a crime? Would you call the police and let them handle it or would you try to be a hero, chase down that purse snatcher, and make a citizen’s arrest? If you’re like me, you’ve probably dreamt about choosing the latter option. Imagine how badass you’d feel after capturing some no good hooligans and tying them up for delivery to local authorities. You’d be the leading story on the 10 o’clock news, the mayor would present you a key to the city, and women would swoon when they saw you in the self-checkout lane at the grocery store.

But before you deputize yourself neighborhood sheriff, there are a few things you need to know about making a citizen’s arrest. If done properly, you can indeed become the local hero. If done improperly, you can be at the receiving end of an expensive lawsuit or even criminal charges.

Or you could just end up looking like a Gomer Pyle:

Unfortunately, the reality of making a citizen’s arrest is a lot more complicated and a lot less romantic than you probably thought.

But it’s still worth learning about. So let’s get started.

(Note: A few things. Because I’m an American and the majority of our readers are American, I’ll be focusing on citizen’s arrest law in the U.S. Also, while I went to law school, I’m not a lawyer. It should go without saying, but this article shouldn’t be taken as legal advice. It’s strictly for information and entertainment.)

When Can You Make a Citizen’s Arrest?

The power to perform citizens’ arrests dates back to medieval England. To help keep the peace, sheriffs encouraged villagers in their jurisdiction to arrest criminals and hold them in custody until a sheriff with proper authority could arrive and hand down the punishment. The tradition of the citizen’s arrest carried over into English common law, and because the American legal system is based on English common law, we inherited the practice.

In the early part of America’s history, common law governed the power to make citizens’ arrests. Today, that power is governed by state statute. Every state in the U.S., except for a few states like North Carolina and Washington, have statutes granting private citizens the power to make arrests.

While most states allow for citizens’ arrests, every state has different laws governing when a private citizen can make an arrest.

Citizen’s arrest for felonies.  Most states only allow you to make a citizen’s arrest if someone commits a felony in your presence. You can also arrest someone even if you didn’t see them commit the crime as long as you reasonably believe a person has committed a felony. Oh, and the person you’re putting under arrest needs to actually have committed the felony. If you mistakenly thought you saw the person you arrested commit a felony, but he actually didn’t do it, you could be in trouble. More on that later.

So the commission of a felony is required in most states before you can place a person under citizen’s arrest. Okay, what sort of crimes constitute felonies? Well, it depends on your state. Generally, serious offenses like murder, rape, and armed robbery are considered felonies. Crimes like theft, arson, and battery could be considered felonies if certain conditions are met. For example, theft in Oklahoma becomes a felony if the value of the item(s) stolen is more than $500.

What’s a breach of the peace? Well, it depends.

Because the definition of a breach of the peace is different in every state, we’ll keep it general. Typically, things like brawling and fighting in public, public intoxication that disrupts order, and prostitution are considered breaches of the peace. In Oklahoma, even using language that would incite a reasonable person to violence could be a breach of the peace.

Check your state’s statutes to determine when you can make a citizen’s arrest. Most states publish their statutes online.

How Do You Make a Citizen’s Arrest?

You’ve seen a person commit a felony and you’ve decided to make a citizen’s arrest. What do you have to do? Do have to say anything special?

In most states, to make a citizen’s arrest, you just need to sufficiently convey, through words or action, that you intend to put the person under arrest. So a simple, “Hey, knucklehead, I’m placing you under citizen’s arrest until the cops get here,” will do.

After you’ve conveyed your intent to arrest somebody, you may use force that is reasonable under the circumstances to restrain and confine the arrestee. We’ll talk a bit more about what constitutes reasonable force below.

You don’t have to read the crook his rights. That’s the police’s job.

As soon as you detain a person, call the police so you can give them custody of the bad guy. While the bad guy is in your custody, he’s your responsibility. Make sure you keep him in a place where he won’t get injured.

How Much Force Can You Use?

Generally, when making a citizen’s arrest, you’re granted power to use a reasonable amount of force to detain the evildoer until the police arrive. What’s considered reasonable? Again, it depends (for a non-lawyer, I’m giving a lot of lawyer-ly answers here, I know).

If you see a bad guy commit a felony, but he’s unarmed and isn’t fleeing, reasonable force would probably be grabbing his arm and saying, “I’m putting you under a citizen’s arrest until the police get here.”

Doing a flying jump kick to his sternum and then putting him in a sleeper hold while whispering “shhhh…go to sleep my sweet little evil one” would probably be considered excessive force, and you could be liable for any injuries you may have caused the bad guy.

But let’s change the scenario up. Let’s say you see this same guy committing a felony, but he’s running away. Chasing and tackling him to the ground could be considered reasonable force. If he starts to wrestle away, you can use enough force to protect yourself and ensure that he stays put until the cops get there. So a punch in the ribs and a well-placed arm lock might be in order. If the bad guy was injured during your scuffle, you wouldn’t be liable for any injuries so long as the amount of force you used was reasonable.

What about deadly force? Can you ever use force that could kill a person (like shooting them with a gun) to make a citizen’s arrest? Every state has different statutes governing the use of deadly force in a citizen’s arrest. Most states prohibit the use of deadly force except in circumstances where the person making the arrest (or an immediate third party) is faced with the immediate threat of serious bodily injury or death. So if Mr. Bad Guy has a gun and is pointing it at you or bystanders while you’re trying to detain him, you could shoot him, throw a knife at him, or even tomahawk him in the back a la Mel Gibson in The Patriot, depending on the weapon you had at hand.

Some states allow private citizens to use deadly force to stop a fleeing arrestee even if the threat of serious bodily harm or death does not exist. For example, under South Carolina law, certain circumstances allow a citizen to arrest “a person in the nighttime by efficient means as the darkness and the probability of escape render necessary, even if the life of the person should be taken.”

In other words, as long as it’s nighttime and a felon is escaping, you can use deadly force when making a citizen’s arrest in SC.

In other states that allow deadly force during a citizen’s arrest, you’re usually required to first try and detain fleeing felons with more reasonable and less lethal means before you start going all Dirty Harry on them.

Can You Get Sued and/or Arrested for Making a Citizen’s Arrest?

I’m sure we’ve all heard stories of some Good Guy Greg who makes a citizen’s arrest only to find himself cuffed in the backseat of a police car or slapped with a lawsuit by Mr. Bad Guy. These sorts of stories offend our sense of justice. Why should a person be punished for trying to do the right thing?

Here’s the rub with citizens’ arrests: private citizens are held strictly liable when they attempt to arrest someone.  That means if your arrest fails to meet just one of the conditions discussed above, you could face both civil and criminal charges. Your good intentions aren’t worth a lick, I’m afraid.

For example, let’s look at the felony requirement. You’re out running and see some guy using a coat hanger to jimmy open a lock on a car door.

“That’s grand theft auto! Felony! I can arrest this guy!”

You quietly sneak up behind him and grab him.

“I’m placing you under citizen’s arrest!” you triumphantly proclaim.

Remember, most states require that a felony actually have been committed before you place someone under a citizen’s arrest. There’s no allowance for reasonable mistakes. The guy you just wrongly arrested could charge you with battery and assault, and he could sue you for a whole host of things like battery and false arrest. Lesson: Make sure the person has actually committed a crime before you arrest them.

The area that gets a lot of people in trouble with citizens’ arrests is the reasonable force requirement. Remember, you’re only allowed to use a degree of force that is reasonable under the circumstances to detain a person. If you beat the crap out of a guy while making your arrest, when simply holding him down would have sufficed, the police could charge you with criminal assault and battery, and the bad guy could sue you for any injuries you may have caused him during the arrest.

Even if you meet all the requirements of a lawful citizen’s arrest to avoid criminal charges, there’s nothing stopping Mr. Bad Guy from leveling a civil suit against you. Sure, you’ll be able to defend yourself in court, but you’ll have to spend a considerable amount of time and money to do so.

So with all that said, should you even bother making a citizen’s arrest?

It depends (you knew it was coming).

In addition to the legal consequences, you’re also putting your own personal safety at risk. Every man will need to weigh the risks and rewards and decide when he thinks it’s worth it to take justice into his own hands. 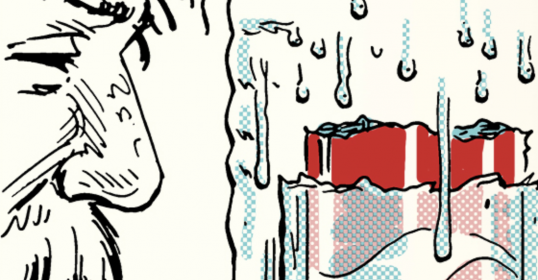 How to Use a Plastic Bottle to Make Seawater Drinkable 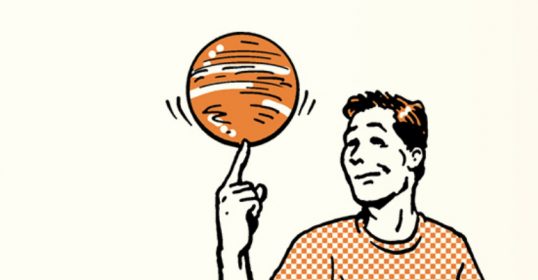