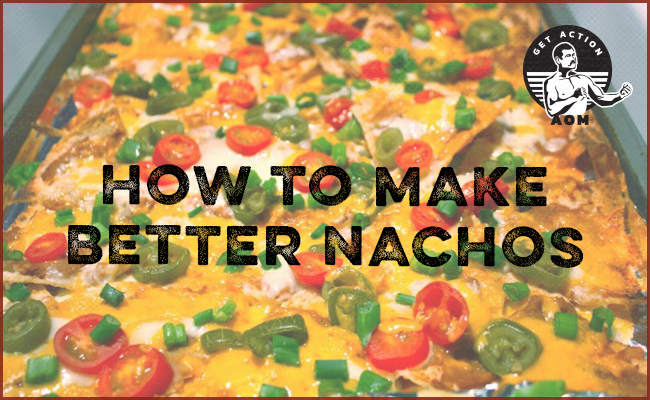 Born and raised in Wisconsin, my wife was predestined to obsess over all things cheese and sour cream. It runs in her genes, as it does for most of those from the Midwest.

While we were dating, we’d often “share” one of our favorite guilty pleasures on our favorite game days and outings: a spread of nachos, wings, and domestic light beers.

That’s when I first uncovered my wife’s poor nacho etiquette. You see, when nachos are constructed in the common, poorly-considered set-up in which all toppings sit atop a pile of chips (more on this later), my wife was the one to immediately take from the top — ensuring the majority of the cheese, sour cream, and all the other toppings were enjoyed by her and her alone. I was left to pillage an array of broken chips and green onions that cascaded down the pile.

One puts up with such moves when dating; overreacting to someone’s nacho eating during the dating phase is likely a red flag, so I played it cool. But, shortly after saying our “I do’s” — actually the next morning as we gathered to watch Sunday football — I made my move.

I would never again “split” a plate of nachos with her until she learned to share in the goodness. Some progress was made as we ventured south to Mexico to our actual honeymoon, solidifying our newly minted vows and nacho commitment.

But all the blame is not to be placed on my wife.

Much of the mire of this situation lies in the typically poor preparation of this dish. As I mentioned earlier, there’s nothing more frustrating than a big pile of chips where the outer surface alone is covered with an array of paltry toppings. In this scenario, you get a few bites of glory, while the rest of the mess looks like the shattered shards of a tortilla chip window.

There is a better way. A couple, actually.

Take the restaurant Chili’s, for example. While I do not often sing the praises of chain institutions, Chili’s got one thing right when it came to their “perfect bite nachos” (as I call them). You see, each chip is slathered with refried beans, cheese, jalapeños, and other toppings to order, and served one-by-one for an even eating experience. There’s no dredging your chip through inconsistent piles of toppings, nor any waste. Each bite is a perfect bite — with plenty of sour cream or guac on the side to allocate properly. For a type A guy like me, this is a winning scenario, and one you can readily replicate at home.

That being said, there is just a “cool” factor to having a big ol’ pile of a gastronomic adventure placed before you, and if breaking from tradition isn’t your style, the classic “mountain of nachos” method is happily still salvageable — if you approach it from another, better designed angle.

Below, I lay out both methods of nacho construction, each of which has their respective merits.

Keep in mind that making nachos is a “choose your own adventure” scenario — different toppings, from vegetarian to wild game to seafood, can all make their way into the mix. I’ve laid out some basic templates, recipes, and techniques below — which you can then tweak and transform to make them your own. Have fun, and remember to share. 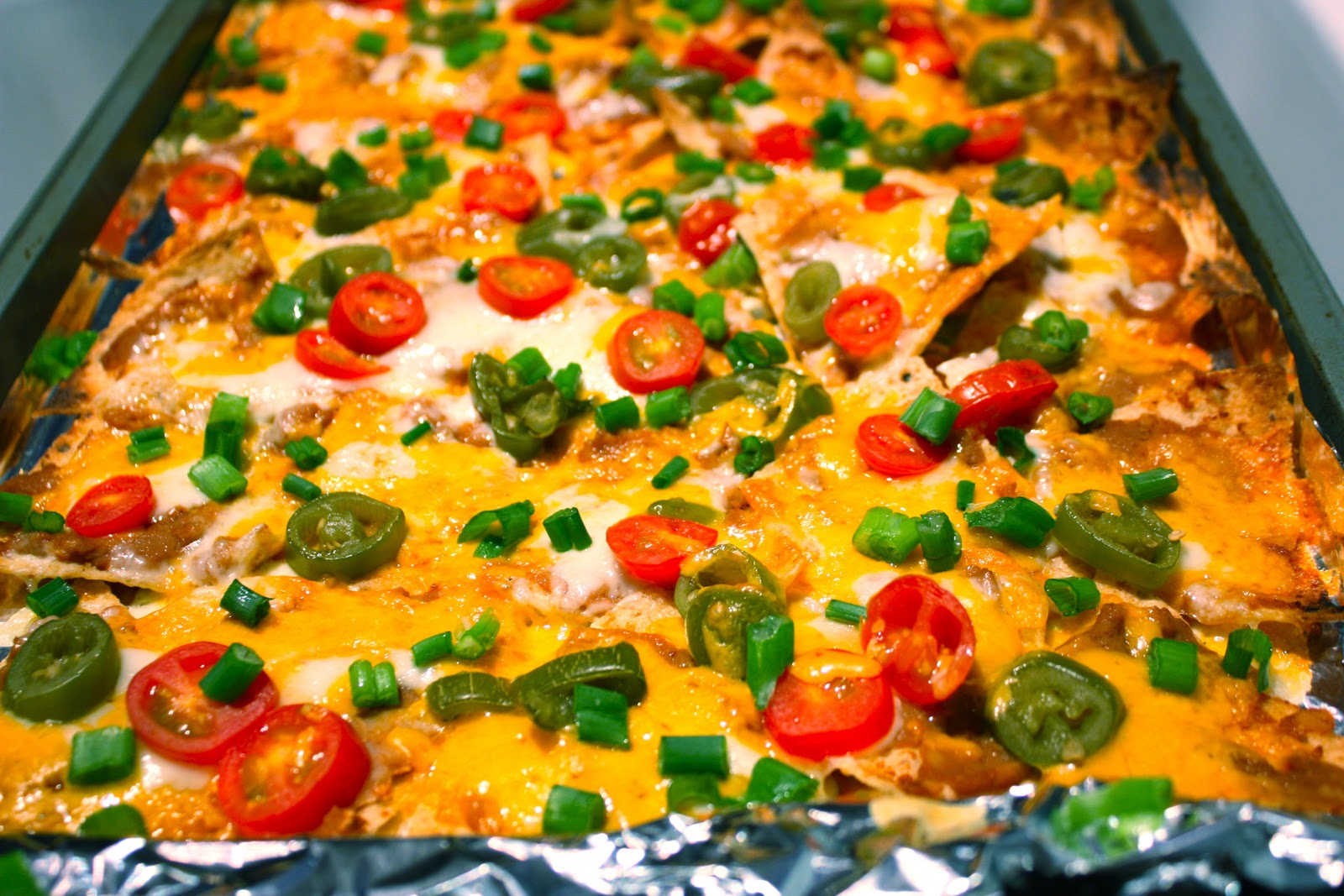 This method takes a little more time and care than throwing chips on a baking sheet and then sprinkling toppings willy-nilly over the top, but in return you get a much more even distribution of said toppings, where every chip is just as tasty and desirable as every other. 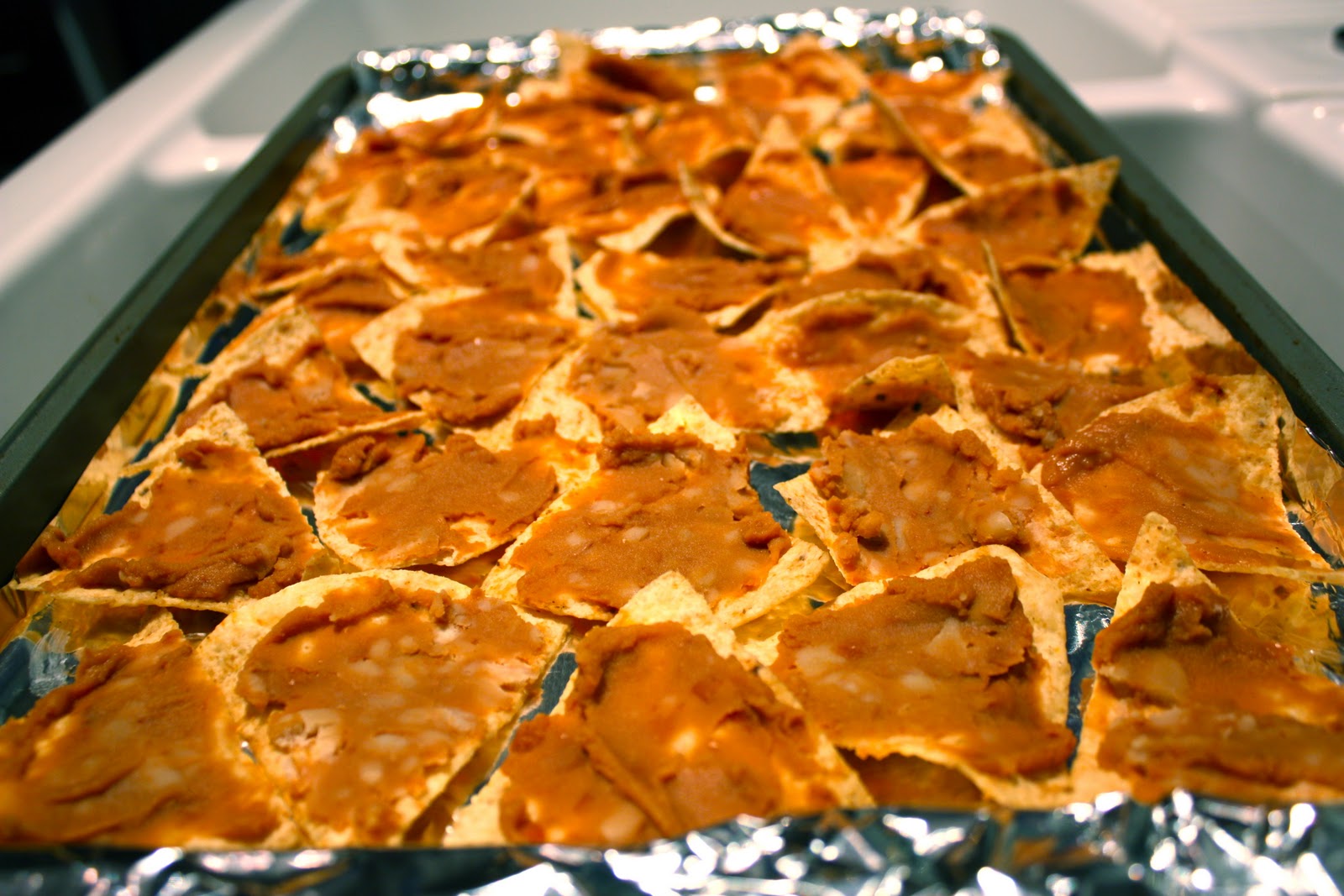 Preheat oven to broil setting. Spread a thin layer of refried beans on each chip and place onto a baking sheet lined with foil. 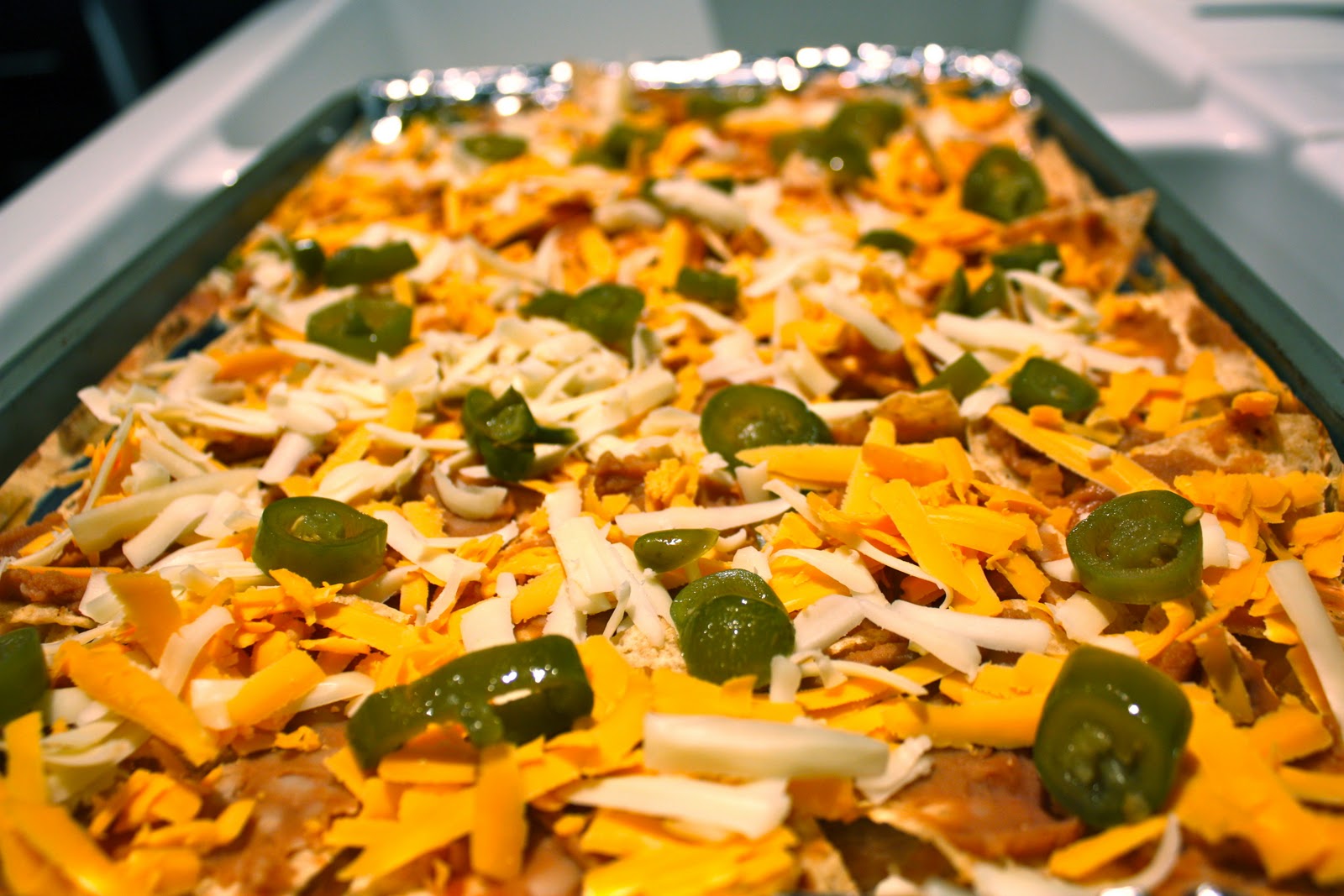 Sprinkle generously with cheese, and top each chip with a sliced jalapeño. Place on the middle rack of the oven and broil until edges are slightly browned and cheese is bubbly, about 1-2 minutes. Remove from oven and top with sliced tomatoes and green onions. Serve with salsa and sour cream. 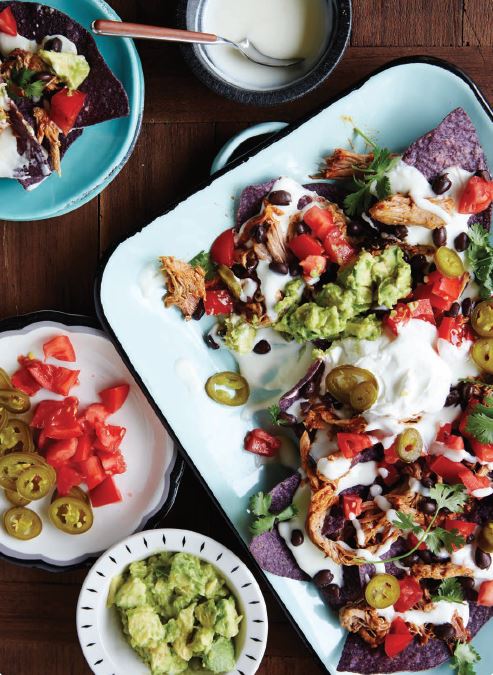 My nacho mountain, like most of my cooking, always starts out in a cast-iron skillet. The skillet serves as a sturdy base for cooking and serving — retaining heat through the eating experience to keep the chips crisp and warm. With this method, two forms of cheese are necessary. Queso is an absolute must and functions as the glue that binds everything together. (And no, I’m not talking about the nuclear orange stuff you find at the ballpark.) I’ve laid out a recipe for queso below that can be used in your nacho making, or just as a simple cheese dip.

One must utilize a layering technique by pouring out whole (not broken) chips to the bottom of the skillet. These are to be quickly topped with queso, and any chili, beans, or other proteins you desire to add. The idea here is to still have plenty of “heft” from the dish at the bottom of the pile. Work in haste, as you don’t want this bottom layer to ever become soggy. From there, you can continue to layer, until you reach the top, at which time a different layer of cheese needs to be formed. 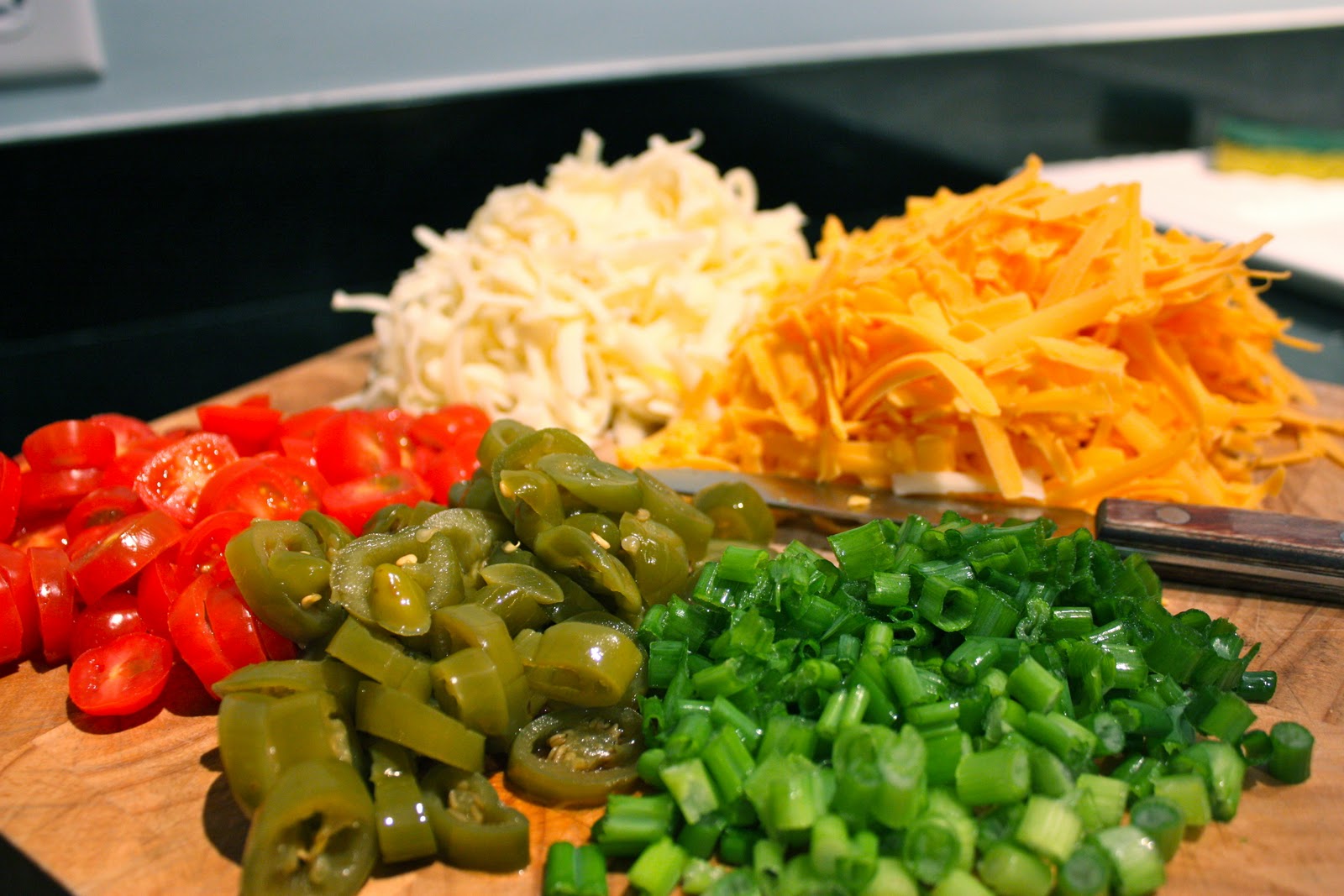 For this top layer of cheese, I like a combo of grated sharp cheddar (for flavor) and Monterey jack (for melted goodness). Placed under the broiler, this crispy cheese layer brings all of your work together. After that, you can pile on tomato, cilantro, green onions, more chili and/or proteins, sour cream, salsa, guacamole, and whatever else you can find in your pantry.

Layering and piling together these items into one magic mountain ensures everyone will be happy, me and my marriage included.

Combine all ingredients into a small saucepan over low heat. Heat mixture, stirring on occasion and careful not to let bubble, until mixture is smooth. Keep warm and serve.

Preheat oven to broil setting. Spread a layer of chips to the bottom of a cast-iron skillet and drizzle with queso, beans, and chicken. Continue in this manner until you’ve built a few layers, working the chips into a pile. Sprinkle the top generously with cheese. Place on the middle rack of the oven and broil until edges are slightly browned and cheese is bubbly, about 1-2 minutes. Remove from oven and top with sliced tomatoes, cilantro, guacamole, salsa, and sour cream. 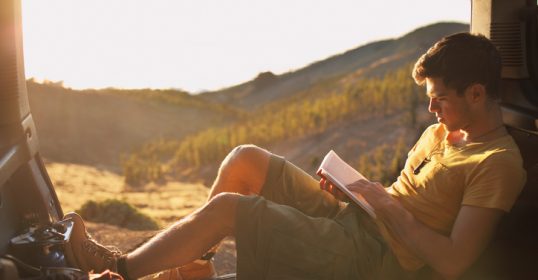 Podcast #587: How to Get More Pleasure and Fulfillment Out of Your Reading 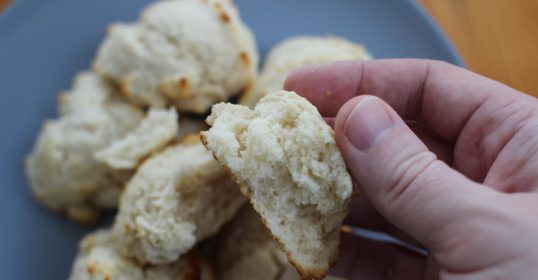 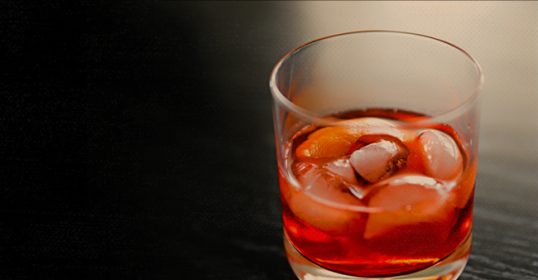