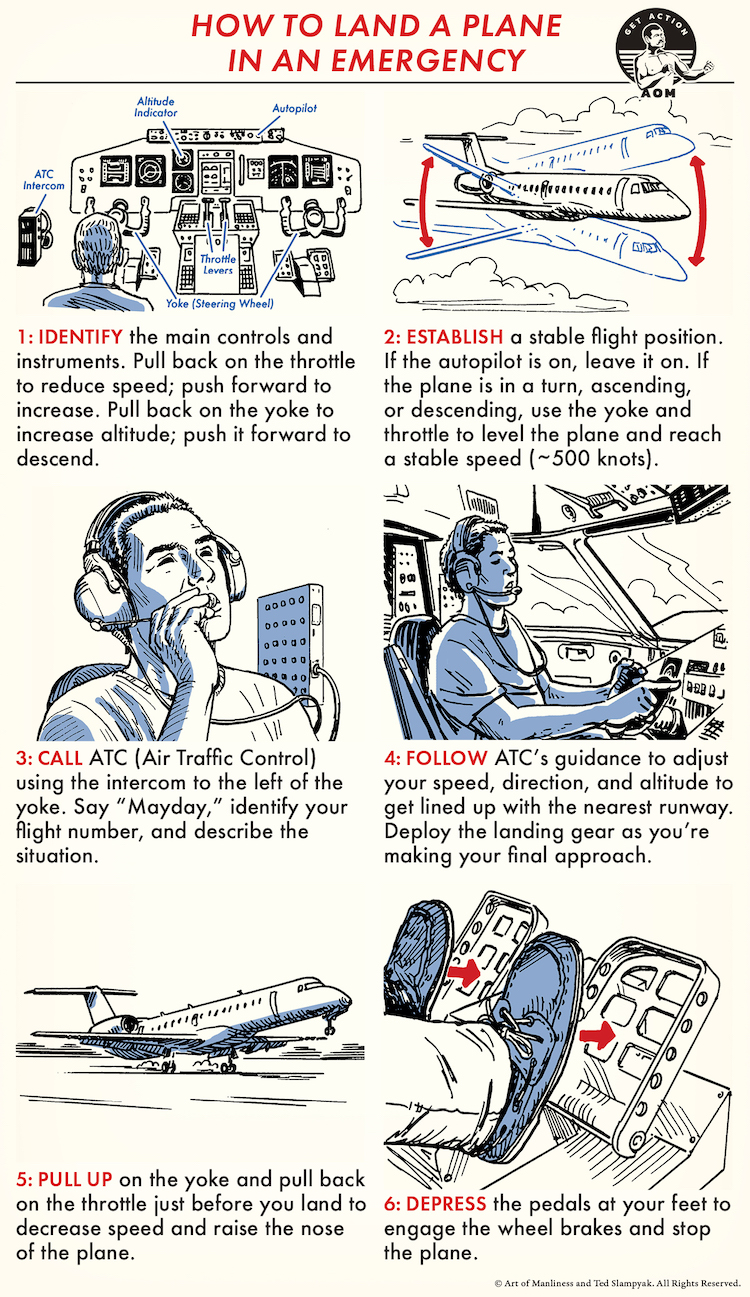 Remember how in the book Hatchet, the pilot who’s flying Brian up to Canada suffers a heart attack and dies, and Brian has to figure out how to land the plane? That scenario may seem as unlikely as having to survive for months in the bush with only a single trusty hand-tool, but it happened just last month to a passenger flying on a Cessna 208 from the Bahamas to Florida. When the pilot passed out, Darren Harrison, who had no prior experience in flying a plane, climbed from his passenger’s seat into the cockpit, moved the unconsciousness pilot aside, and took control of the aircraft, which was plunging into a nosedive. Harrison contacted air traffic control, which guided him on how to safely fly and land the plane. As Harrison recalled, “I was pretty calm and collected the whole time, because I knew it was a life-or-death situation. Either you do what you have to do to control the situation or you’re gonna die. And that’s what I did.”

Whether you’re flying on a small plane on which the pilot has become incapacitated, or you’re a passenger on a commercial airliner and have taken out a terrorist, who took out the pilot, having a rough idea of what to do next will help you have that same calm and confident attitude. While autopilot systems will be able to do a lot of of the work for you, landing a plane still requires a manual touch and a cool head. So keep the above in mind as you take control of the aircraft and seek to bring her safely back to earth.