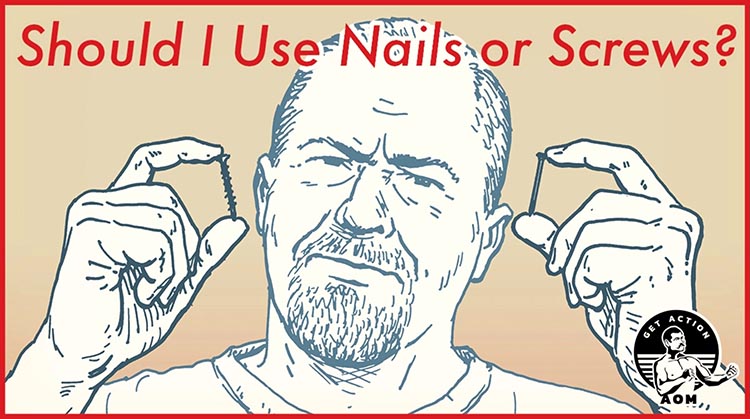 You’ve got a weekend project that involves working with wood. Maybe you’re building a weightlifting platform or a workbench or a dining room table.

Whatever your DIY project, one question is likely to arise: should you use nails or screws to fasten the pieces of wood together?

Like most things in life and craftsmanship, it depends.

Below we lay out the considerations that answer a query that has riddled many a man’s mind while walking the aisles of Home Depot.

To know when to use nails or screws, you first need to understand the difference between grip strength and shear strength. 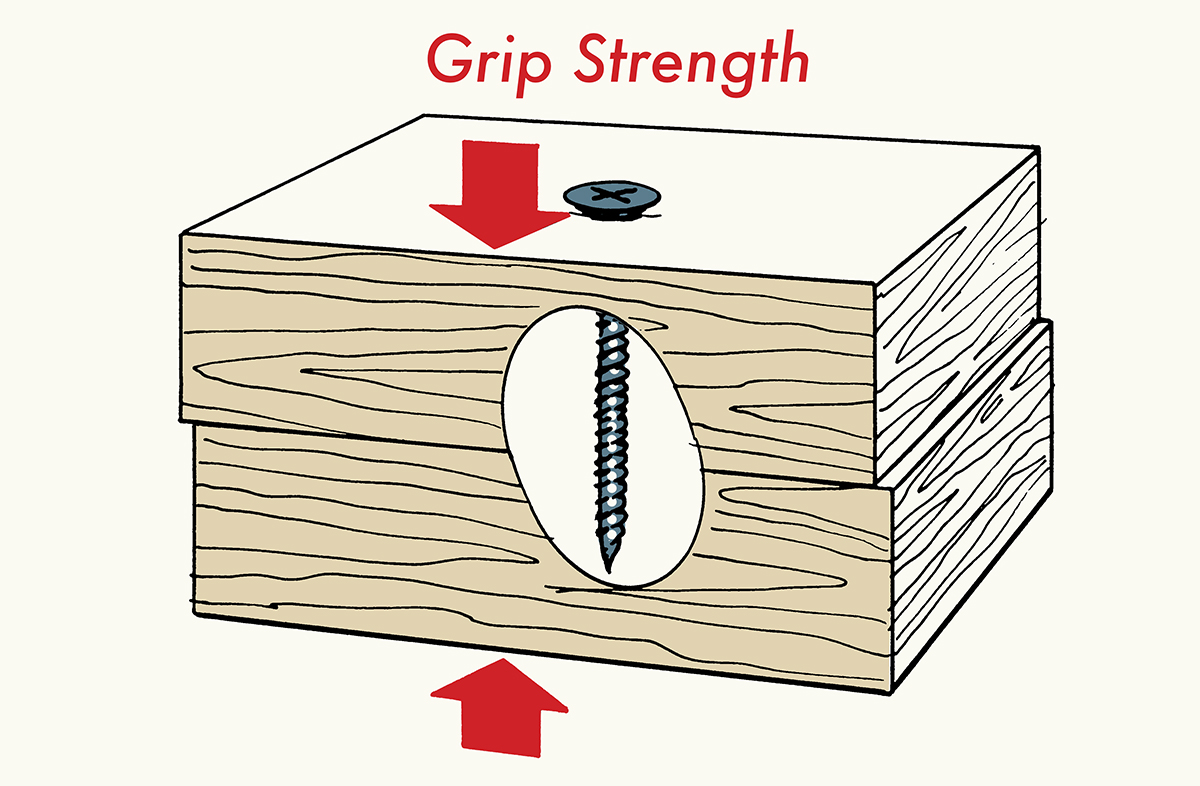 Grip strength is the ability of a fastener to draw wood together. You typically want a lot of grip strength when force is placed vertically on a fastener and the pieces of wood it’s securing together. The best example of this is decking. When you walk on a deck, you’re applying vertical force on the decking planks and joists. You want them drawn tightly together so they don’t come apart. 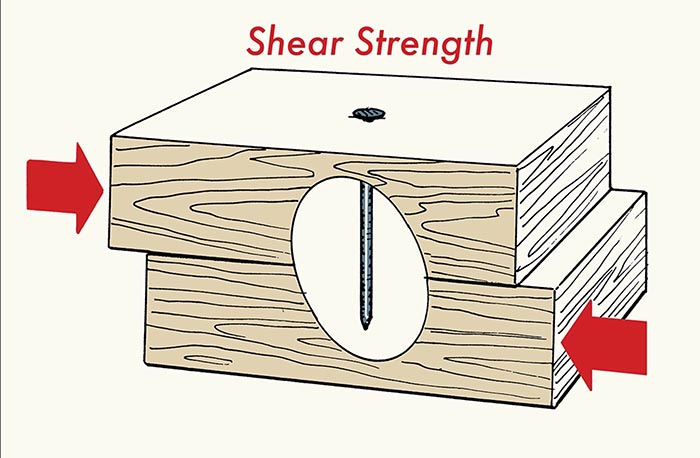 Shear strength is the amount of force a fastener can handle from the sides. Using our deck example, a fastener used to connect the joist to the deck frame would experience shear force, so you’d want to use one with a lot of shear strength.

Screws are actually pretty brittle compared to nails. If you apply enough shear force to the side of a screw, it snaps. You may have seen a screw head pop off while driving one into wood before. So screws don’t have a lot of shear strength.

While screws don’t have a lot of shear strength, they do provide a lot of grip and tensile strength. Screws will keep wood together when faced with vertical force and won’t break down when lots of vertical force is applied to them.

Nails are able to bend under pressure, and rarely snap when subjected to shear force. They’ve got a lot of shear strength. But they don’t have a lot of grip or tensile strength.

So with that in mind, when you’ve got a project where weight or gravity bears down on the fastener, a screw is your best option. This scenario will be the most common in your DIY projects; the weightlifting platform, workbench, and table mentioned above are all examples of times you use screws to fasten the wood together. If the fastener will bear more side-to-side movement, a nail is the better choice. And of course, sometimes you use both; when building a sawhorse, you’d use screws for the I-beam section, and then nails to attach legs to it.

Even seasoned builders will use screws when a nail would have been better simply because it’s easier to remove a screw in case of a mess-up. You just flip your power drill into reverse. Getting a nail out is harder.

Sometimes they’ll use a nail even when a screw would be the best option because of aesthetic reasons. Nails, particularly small nails, don’t leave much of an imprint in wood after you’ve nailed them in.

You have to consider your context, use your phronesis or practical wisdom, and pick the best option. With experience, you’ll learn when it’s best to use nails or screws or when it doesn’t matter so much.