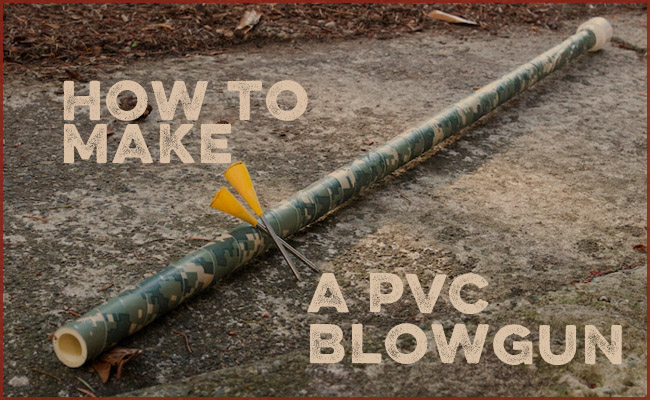 With our archives now 3,500+ articles deep, we’ve decided to republish a classic piece each Sunday to help our newer readers discover some of the best, evergreen gems from the past. This article was originally published in August 2019.

Is there anything you can’t make out of PVC? We’ve already shown you how to make a bow, a potato cannon, and a marshmallow shooter out of PVC, so it’s only natural that we continue adding to your plumbing-sourced arsenal with a PVC blowgun.

Blowguns have been around for thousands of years. Indigenous peoples in South America and Southeast Asia used them primarily for hunting, shooting small seeds, poisoned darts, and handmade clay pellets at birds and other small game.

Modern blowguns may look a little different than their pre-Columbian ancestors, but the way they work is exactly the same. Snug-fitting darts or projectiles are loaded into the tube and propelled by blowing hard into the end of the chamber. The pressurized air sends the projectile hurtling through the barrel until it launches out the other side toward the target.

Making a blowgun out of PVC is very easy, primarily because there are so many adjustments and substitutions you can make and still get a very functional blowgun. Here’s how to make a basic version, but feel free to experiment with different projectile types, PVC lengths and diameters, and mouthpiece adapters. 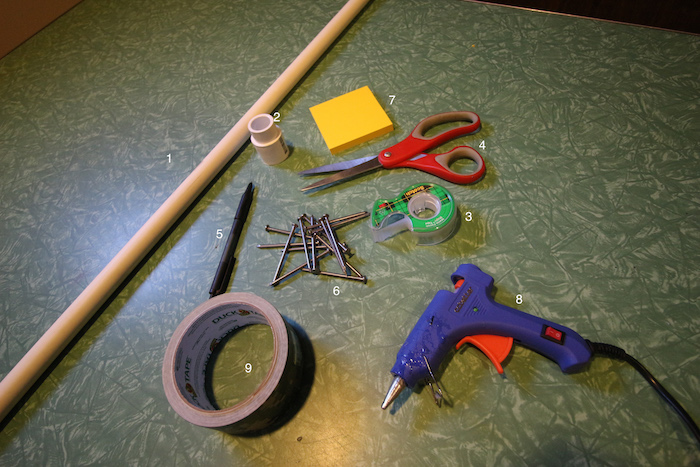 How to Make a PVC Blowgun

Step 1: Get Started On Your Dart(s) 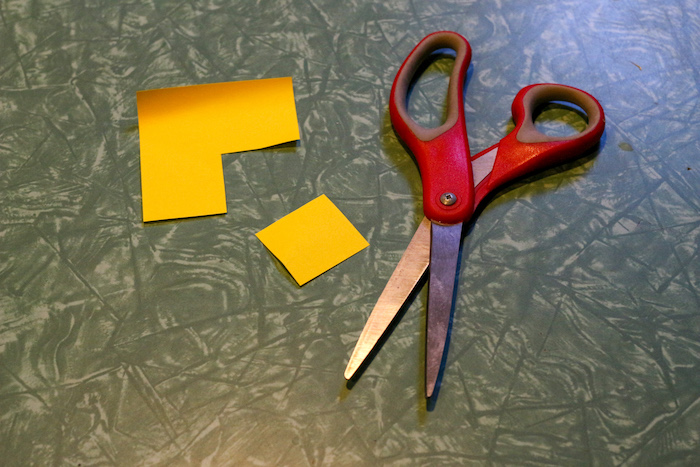 First grab a Post-It note and cut out one quarter of it, discarding the square. 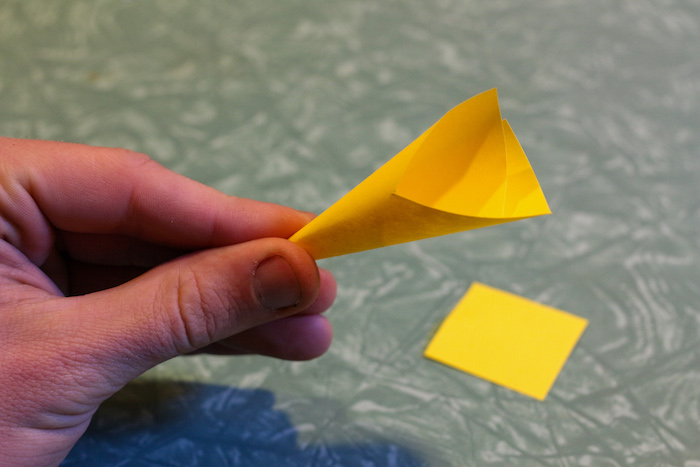 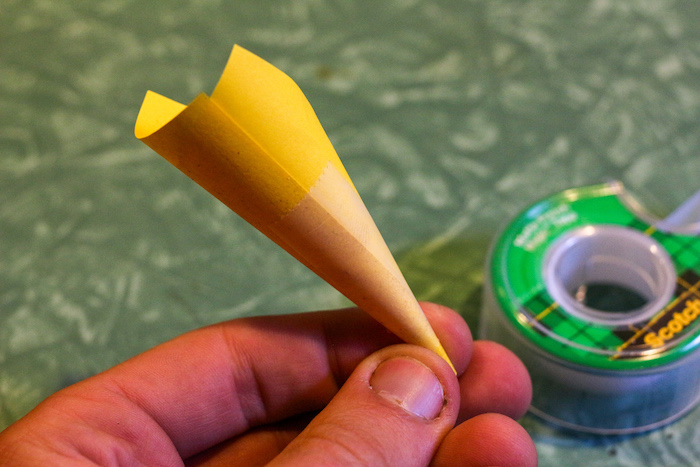 Roll your remaining Post-It note into a cone shape and use a piece of tape to hold it in place. 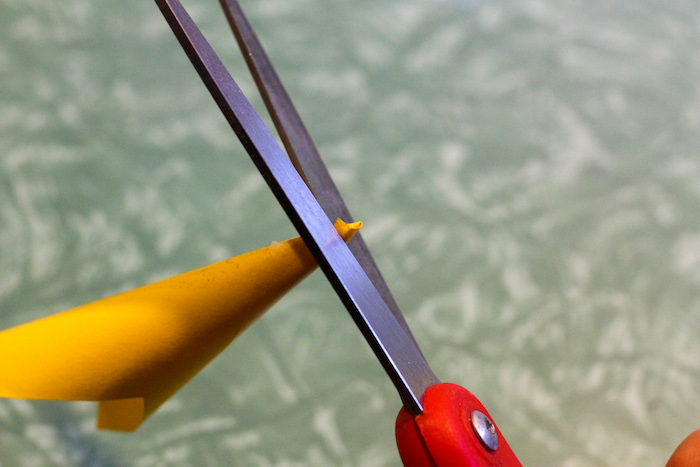 Trim off the tip of your cone so that a nail just barely fits through it. 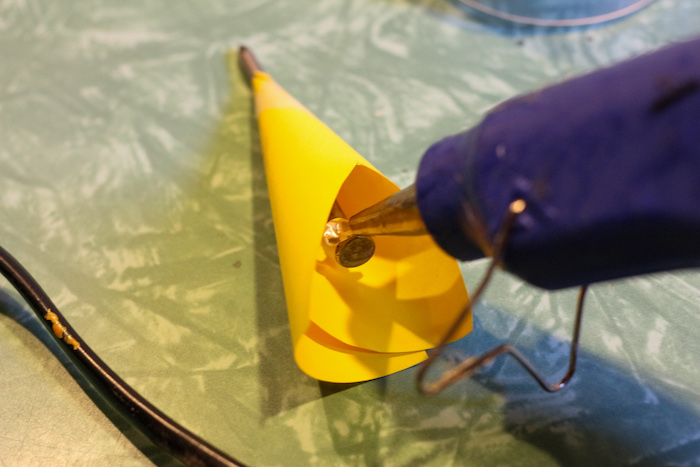 Put a dab of hot glue or super glue on the head of your nail and then pass it through the cone. 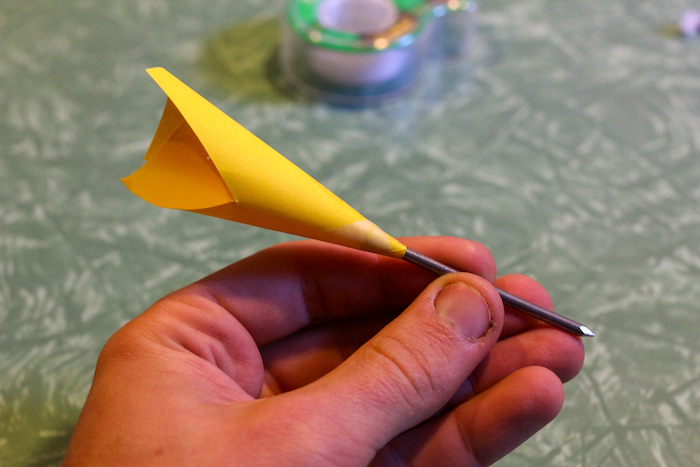 The head of the nail should rest snugly against the bottom of your Post-It cone. 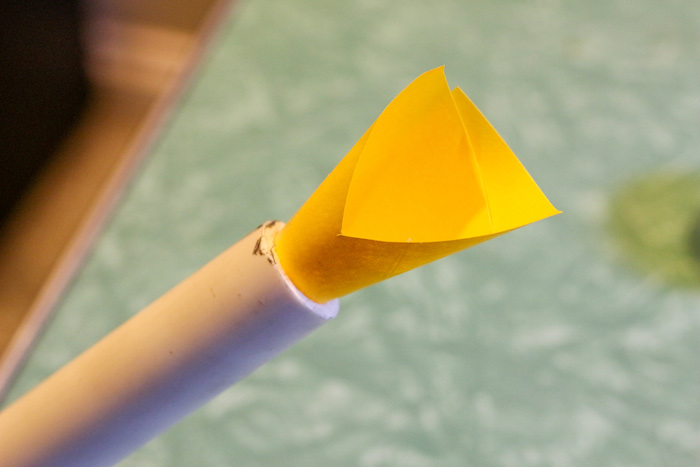 Place the dart in your 1/2-inch PVC pipe and use a pen to trace a line around the cone where they meet. 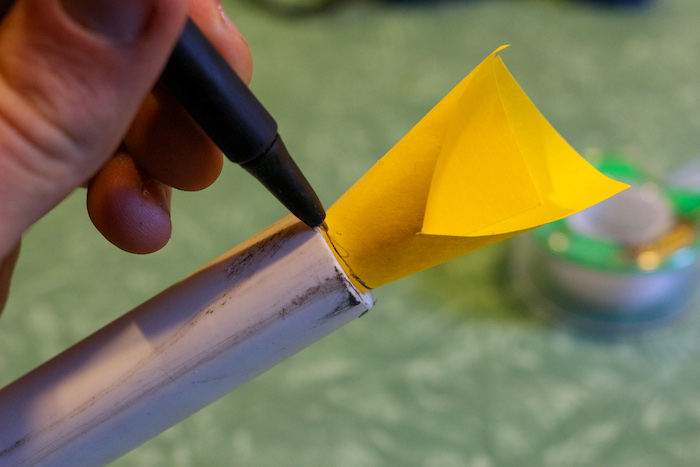 It’s best if the line you trace is just above the lip of the PVC pipe. This will make the cone slightly bigger than the inner diameter of the pipe and give you a tighter-fitting, more effective dart. 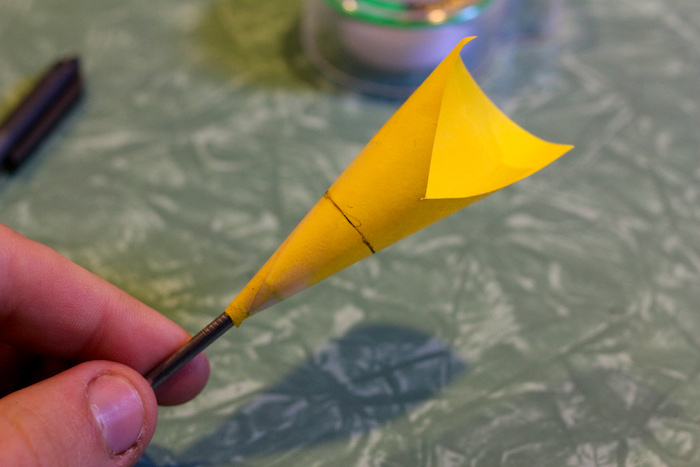 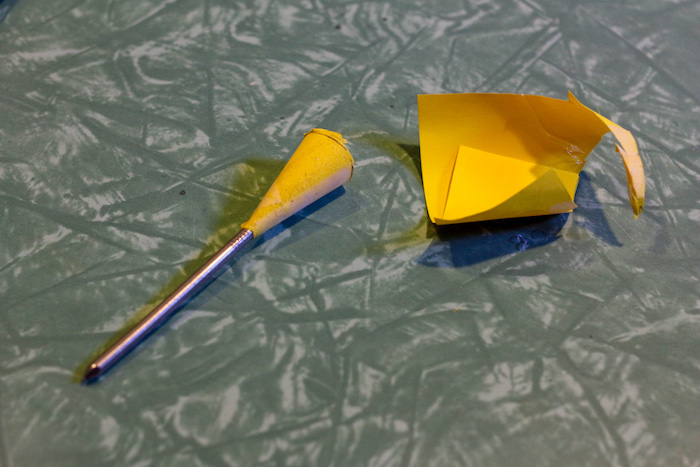 Remove the dart from the PVC and trim the excess paper off above the line you just traced. 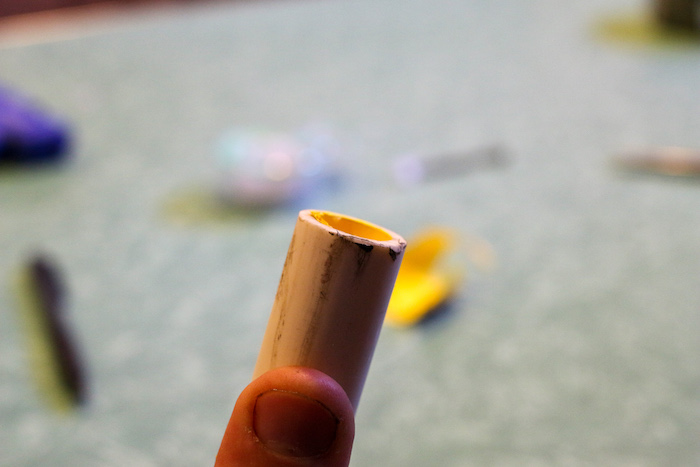 Place the dart into the PVC pipe and use your thumb to push it in until it’s flush with the end of your pipe. If it goes in with just a touch of resistance, you’re good to go. 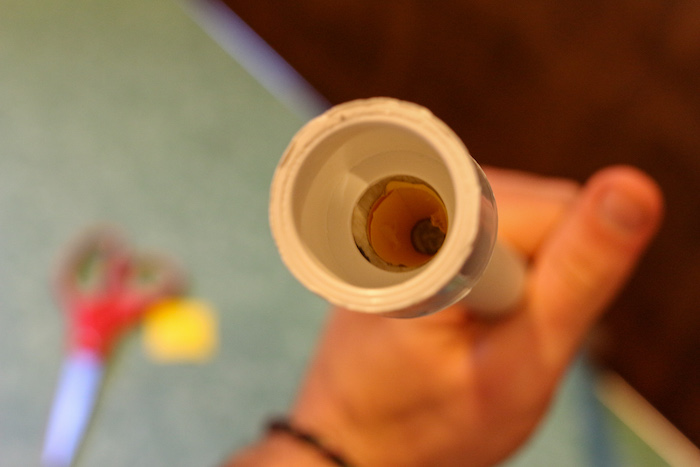 Attach your PVC adapter to the end of the pipe where your dart is. This is entirely optional. My own take: the mouthpiece made it easier and more comfortable to catch your entire breath, but you may lose a bit of power in the transition.

Of course it didn’t stick in the tree this time, but it did later when I shot at the fence.

You’re ready to shoot! Bring the barrel of your blowgun to your mouth, take aim, and blow a sudden burst of air into the barrel to launch your dart. 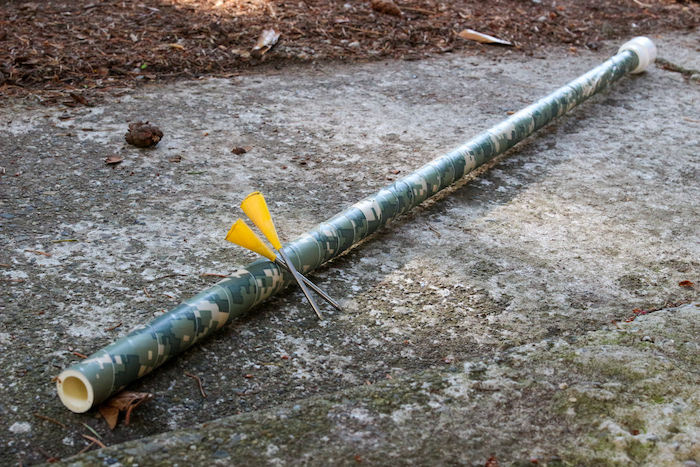 Make more darts, decorate your blowgun by wrapping it in camouflage duct tape, and test your accuracy with homemade targets. Here are a few things to keep in mind as you think about a blowgun customized for your wants/needs: