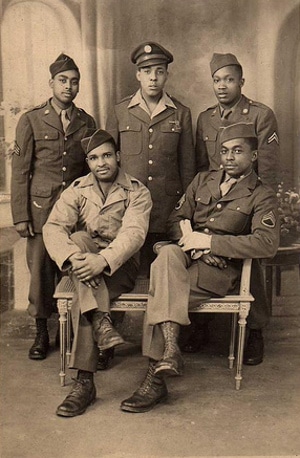 Editor’s note: This is a guest post from Wayne M. Levine of Better Men Coaching.

I lead men’s groups. I’ve seen the obstacles men face in developing trusting relationships with other men. These obstacles come in all shapes and sizes. But what they have in common is their power to keep men stuck…right where they are. The key to getting unstuck, to becoming a better man, father, husband, and leader, is to find a way through these obstacles, and to allow yourself to fully trust the men in your circle.

Why is developing these trusting relationship so important? Well, to become the best men we can be, we need to be in the company of other men. Many men feel far more comfortable in the company of women. That’s to be expected in our feminized culture. Most men of the last couple of generations were raised by their mothers, or other women, while their fathers were barely present. These boys didn’t receive their fair share of masculine modeling, guidance, and nurturing. It stands to reason that these men would feel more comfortable sharing their feelings, time, and trust with women.

So what’s the problem with that? If you’re still young, you may not have bumped up against the issues that will undoubtedly arise as you find yourself facing the challenges of long-term relationships, career choices, child rearing, mid-life, addictions, fidelity, and mortality, to name just a few!

Those of us who are longer in the tooth have had to confront our doubts, fears, and limitations as men who have been taught to rely primarily on women for advice. Women can teach us many things, but they cannot initiate us into manhood. For that, we require other men, fathers, and mentors.

Men who have continued to rely on their female significant others as their sole source of guidance, their only sounding board, or for their psychotherapeutic interventions, have seen their long-term relationships deteriorate. These men are asking too much of the women they love.

Those who have chosen to deal with these challenges alone have, more often than not, found themselves on the losing end of their own counsel. But those of us who have been fortunate enough to be introduced to the benefits of these strong male relationships have received the guidance, butt-kicking, love, and mentoring we’ve needed to navigate the treacherous waters of our lives.

Some of you may have already dismissed this notion of men needing other men. It’s difficult to see the need you may have for something you have never seen, experienced, or valued. How can you be expected to appreciate the benefits of something that our society has relegated to the shadow for generations? But I can assure you, each of us men have so much to gain through our relationships with other good, committed men. More about the benefits in a moment. Let’s get back to the obstacles.

Rocky is a smart guy. He really is. He knows a lot of stuff, and he’s not shy about letting you know it. Though he can be very generous with his time and brilliance, he goes out of his way to correct you, and to be the focus of attention, in his Mensa-like way. Rocky’s problem is that he’s so insecure, his mask of knowledge keeps people at a distance so that he never risks being known for the scared mortal he actually is.

Clyde is a victim. And he’s soooo good at it. Terribly convincing. At least he’s convinced. He’s got this story that he’s sticking to. And no matter what reasonable insight about his “poor me” behavior crosses his path, he has this uncanny ability, despite his intelligence, to thoroughly dismiss it. Though he’d pass a hearing test with flying colors, he actually only hears what he wants to hear and what supports the story between his ears that confirms him as a bona fide, certified, and verified…victim.

Chip disappoints. He really did experience some awful stuff as a kid. Either or both of his parents, or other guardians, scolded him all the time. He couldn’t do anything right, according to the tyrants in his life. The problem is that Chip grew to believe it…all of it. Today, when he hears anything directed towards him he deems critical, all he hears is the bad people yelling at him. He can’t hear the men, he can’t feel the support, he just has to “get outta there, fast!”

Huey is angry. And he has every right to be, just ask him. When you listen to his stories, you find yourself getting angry too, just not with him…AT HIM! He makes such a big deal about nothing. But you better watch out. Like a junk yard dog, this fella just might choke himself to death at the end of his leash while barking at you. But he won’t bite. It’s just how he keeps everyone from seeing how sad and hurt he really is.

Fritz is great, no problems. Life couldn’t be better. Wife, kids, money coming out of his ears. Generous to a fault. Would give you the shirt off his back. And you’d do the same for him. Gosh, what a wonderful guy. Then one day, something curious happens. You learn that Fritz is getting a divorce, arrested for tax fraud, checking into rehab, or worse. It’s such a shame. If only he hadn’t been so self-deluded. If only he’d been honest with himself, you might have been able to help him avert his crisis.

What all of these men have in common is shame. Deep down they’re convinced that something is wrong with them. That’s why they work so hard to hide it from themselves…and from you. All they’re doing, however, is recreating the conditions that brought on the shame. If they didn’t continue to see life their way, their behavior would make no sense to them. You might need to reread that sentence a few times. It’s crazy, circular logic. Unfortunately, many of us, on some level, are guilty of a little to a lot of this sort of thinking. Many of us have at least a little Rocky, Clyde, Biff, Chip, Huey, and Fritz in us. That’s why men’s groups work. We all have so much in common, we’re qualified to spot, say it, and hopefully support one another to fix it.

The Benefits to Trusting Men

Through my work with men over the years, I’ve seen the most unhappy, isolated, and despondent men reconnect with their emotional worlds, connect for the first time with other men, and develop strong relationships that have served them as they’ve continued to make changes in their lives.

By revealing themselves to other men, these courageous men have invited others in. They’ve learned to ask for help to become better fathers and husbands. They’ve owned up to their own fears and doubt, making it safe for others to do the same. And as they’ve come to know each other and help each other, the distance between them has diminished.

Now, rather than feeling all alone when a relationship has hit a speed bump, a business transaction has turned bad, or a child has become impossibly defiant, these men now have somewhere to turn, a man to call, and an opportunity to get the help they need to turn things around, sometimes very quickly. Though it may sound a bit dramatic, this kind of support is literally life changing.

How can you go about developing trusting relationships with the men in your life, or with men you’d like to include in your inner circle? Here’s a short list:

We don’t live in society that honors relationships between men. In fact, our current culture doesn’t care too much about its males at all. But that doesn’t mean you can’t take care of yourself and develop trusting relationships with a few good men. It’ll be worth every bit of your effort.

Wayne M. Levine is a life coach, founder of BetterMen, and author of “Hold On to Your N.U.T.s—The Relationship Manual for Men.”