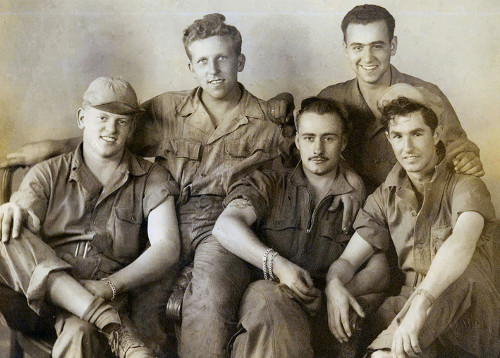 Evolutionary biologist and author Robin Dunbar argues that the average human can sustain about 150 stable social relationships. Now, that term is used quite loosely to “refer to those people with whom you have a personalized relationship, one that is reciprocal and based around general obligations of trust and reciprocity.” A “personalized relationship” can mean many things — from your neighbor, to your regular bus driver, to your spouse.

Within that 150, there are circles of more intimate relationships. The furthest it breaks down is to the category of an “inner circle of intimate friends.” And that number? Five. The average human has (or should have) five close friends with whom he can connect with on a regular basis. It can vary by one or two, but five seems to be that sweet spot. This is especially true if your various friends fulfill different roles in your life.

Friends make life easier for each other. Their strengths and talents balance your weaknesses and gaps in ability. And you do the same for them. For this reason, a well-rounded group of friends, with different kinds of guys in it, can truly enrich your life. If you have good buddies of any sort, count yourself lucky. If your posse includes the following five archetypes, consider yourself especially fortunate. 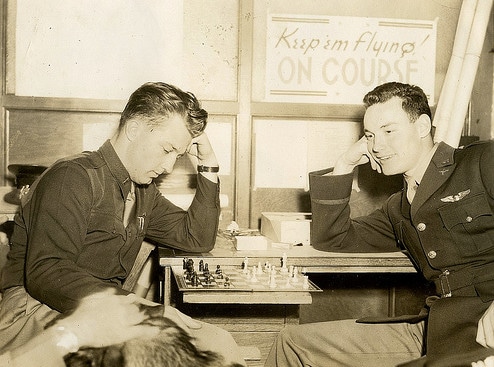 There comes a time (probably many times) in a man’s life where he just needs to talk to another guy and get some advice. Whether he’s a peer who’s beyond his years in wisdom, or an older gentleman you met at church, you need someone you can turn to when the goin’ gets tough.

Our spouse or significant other often takes on this role, but what happens when it’s our relationship that’s causing some trouble? Or when it’s specifically a dude issue? There are things in life that only guys experience, and times in life that only another fella can speak to.

Besides doling out advice when needed, the mentor is also someone who can give you constructive criticism when he sees something not going so well in your life. Perhaps you’ve gained a bit of hubris with your new promotion, or he catches you flirting with the barista who is very much not your girlfriend. Many a man will shrink from confrontation, but the mentor brings it up, because he ultimately wants you to be a better man.

The mentor may not always be your favorite fellow in the world, but he’s as necessary, if not more so, than anyone else on this list. He can be a guiding hand through the crazy and often confusing world we live in. 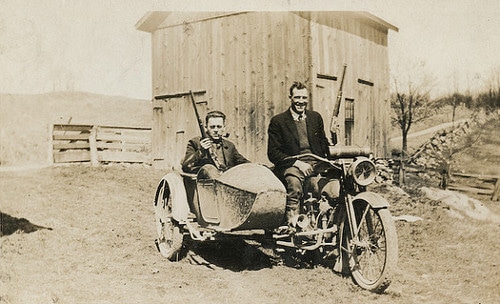 This friend is one who serves different purposes, depending on your stage in life.

When you’re single, this is the friend who acts as your “wingman.” Not necessarily in the way the label is often used in popular culture – as the guy who distracts a woman’s friend so you can make a move on her. Rather here we’re defining the wingman more broadly as the buddy who gives you confidence when interacting with the opposite sex. Two is always better than one, especially in social settings, and the wingman is adept at making any outing go smoother and feel less stressful. Often gregarious and charismatic, the wingman takes the pressure off of you to strike up conversations, as he is able to draw people over and put them at ease. In group settings, he makes you feel comfortable and lets others know about your positive traits, so you don’t have to mention them yourself and risk coming off as smug. When you want to break off to go talk to a cute girl, he’s the one who pumps you up to do it. The wingman is also the guy who restores your lost confidence after a breakup and gives you the kick in the rear you need in order to get off the couch and back into the dating scene.

Then, when you get hitched, this is the buddy who remains the perennial bachelor – the guy who stays away from the altar longer than anyone else in your group of friends. In this role, he’s the one who doesn’t let you forget about the interests and friends you had before you got married. It can be hard to get that much-needed guy time in once you’ve settled down. It’s even harder when all your friends also have significant others, and even kids; things need to be planned out weeks in advance and childcare needs to be arranged…it can end up being a major headache. So when you need someone at the drop of a dime to just hang out with and watch the football game, the bachelor is your go-to. He’s the one who convinces you to do a mud run with him or take a little road trip to see your favorite band. He provides a needed shot of undomesticated masculine energy to your life.

Where to find the single guy/wingman: college, work, the local watering hole. 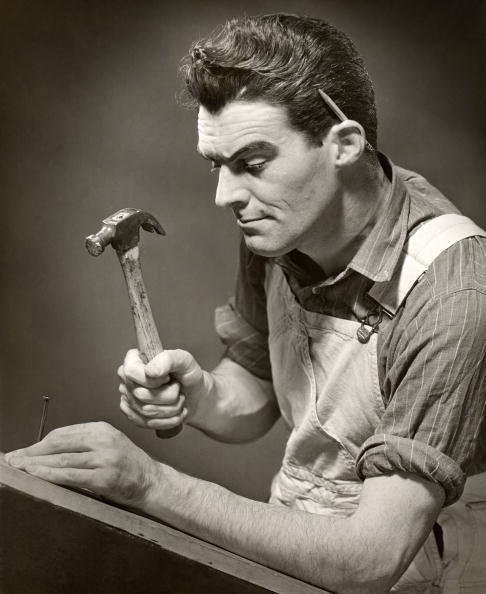 I’m using the relatively narrow term of handyman here to convey the guy in your life who just seems to know everything about everything. He can help you with home improvement projects, he can tell you how to grill the perfect steak, and he can even give you tips for negotiating on that car you’re looking at buying. He’s similar to the mentor, but instead of waxing philosophical, the handyman gives you practical tips that can be implemented right now.

Beyond just helping you with projects, the real benefit of the handyman is that he can teach you all these things he knows. Instead of letting him re-tile the bathroom floor, insist that you do it with his guidance, so that you can be a handyman friend in the future.

This is perhaps one of the more valuable types of friends there are. Be careful to not take advantage of the handyman, as he can easily end up just doing work with you and for you, instead of having some casual hang out times as well. Also, if he does do some work for you, or even just helps out, make sure you thank him somehow. Feed him dinner or take him out for some beers as a way to say, “I really appreciate your help, and it’s important to me that I don’t take advantage of all that you’re doing for me.” A manly thank you note could also be a nice touch.

Where to find the handyman: your neighborhood, a hardware store, hacker spaces 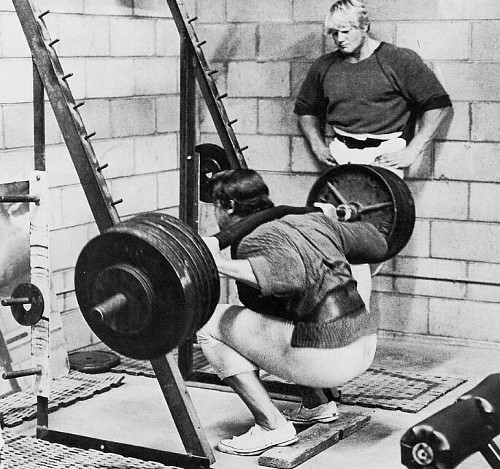 The fitness buff may be our least favorite of friends. He can run marathons with ease. He can bike a hundred miles without breaking a sweat. He trains for Ironman triathlons like it’s his job, and he even enjoys it. The worst part of it all? He loves to invite you along. And he won’t stop inviting you until you say yes.

The fitness buff’s entreaties to come on a marathon bike ride with him may sometimes annoy when we’re feeling lazy. But he also provides a much needed dose of inspiration in our lives. He’s the guy who makes sure we get off the couch. Even if we constantly refuse his insistent invitations, his example motivates us to hit the gym on our own, if for nothing else than so we can join him with a modicum of confidence.

At some point, you do need to say yes to your fitness friend. If not for yourself, than at least for the sake of your friendship. Besides, what’s a man who says no to an opportunity to better himself? Your friend will (hopefully) understand your potentially lesser abilities and slow down to meet your pace, whatever that may be. If not, you’ll need to speak up, contrary to what your competitive spirit may be trying to tell you. Pushing yourself too hard is sometimes just as bad as not doing anything.

You may not like him, but at some point you’ll thank your fitness friend for challenging you to get out and do something physical when you wanted to sit on your bean bag chair and eat chips.

Where to find the fitness buff: the gym, intramural leagues, races, the streets and trails (look for the guy in running shorts who isn’t sweating) 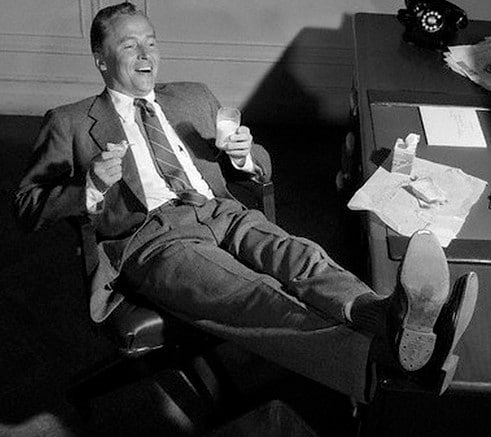 Most men spend at least 40 hours at the office each week, and it’s often more when you factor in lunch, overtime, and all those times you show up early because you’re a man who wants to get things done. That ends up being almost half of your waking hours in a week, and sometimes more. To that end, you need a pal at the office you can shoot the breeze with. You don’t want to eat every lunch alone every day.

The beauty about the work pal is that you can lower your expectations a little bit. This isn’t to sound harsh, but he doesn’t need to be your best friend for the rest of your life, he just needs to help you get through the week. And if you happen to hit if off, you can always take the friendship out of the office.

This type of friendship can be tricky to navigate because it’s very dependent on your job. You may have solitary environs, or perhaps work for a company in which you don’t really like anybody (in which case, should you really be there?). Navigating the hierarchy of the business world can be thorny as well; you can’t often really be friends with your boss in an office setting. They give performance reviews, may have to discipline you, decide on your raises/promotions, etc.; in my opinion, it’s best to not really try and be buddy-buddy with your boss, and stick to the hierarchy that’s in place.

Try to find someone who’s in a similar position as you, or if they’re higher up, hopefully in a different department. You don’t have to be best friends, but finding someone for those water cooler chats makes the work week go by much more enjoyably, especially if you don’t particularly love your job.

Where to find the work pal: the office, a co-op and/or your local coffee shop if you work from home or are self-employed.

Do you have a few or all of these types of friends in you life? Do you have a friend who embodies several of them? Tell us about your buddies in the comments!