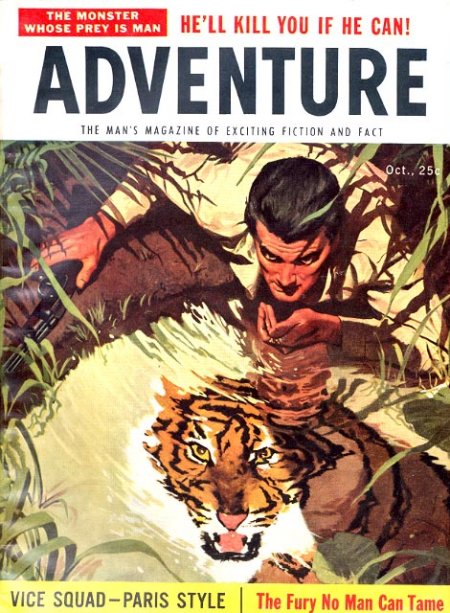 Take a moment to imagine yourself here:

Across the bow of your raft stands your friend; he’s masked by the darkness and your headlamp only sees the more important details. His face is covered in mud, and his hands are crimson from the blood of the Cayman dead at his feet, its neck severed by the swift smash of an axe just after you drug it on board. The river, along with your spears, nets and rifles, have supplied you with everything you could possibly need. And though it has only been about three weeks, you’ve practically gone tribal out here on your jungle trip. You have furs from monkeys curing on the makeshift clothesline and you’re working the skin from a python you caught two days ago into a satchel to carry whatever treasures you may find. You haven’t seen anyone in seven days and the next village you’ll see may not be coming for another several weeks…

Now ask yourself: How would you feel in a situation like this? If the question raises the hair on your skin while simultaneously spreading a smile across your face, perhaps it’s time to start planning an expedition of your own.

Mankind has always sought to explore remote regions of the world, to discover rumored and sometimes mythological locations and in general to seek adventure even at the risk of great peril. It seems that today this form of travel is in desperate need of revitalization, or perhaps a modified definition that will encourage the travelers of this generation to go beyond the confines of society and delve into the outer fringes of the world.

Broaden the Term to Suit Your Interests

The dictionary definition of “expedition” is as follows: an excursion, journey, or voyage made for some specific purpose, as of war or exploration.

While I believe that this traditional definition of the word is both apt and inspiring, I have one caveat: that rather than the definition being specific to movement or covering ground as it suggests, it should also represent any activity for a specific explorative purpose–regardless of whether it takes place in one particular locale or over the course of many miles.

Modern day exploration–in my opinion–can be defined as any action that requires planning, is both mentally and physically challenging, and incorporates a goal that pushes an individual to his limits and makes him a better man for having done it. It means seeking self-discovery through extreme circumstances even if the region one intends to explore has already been “discovered” or the goal one desires to accomplish has already been “done” by others.

Of course, there are dozens of ways to travel. There are the weekend getaways to resorts, the occasional two-week vacations to beach locations with sparkling blue waters, the backpacking trips that start off as short jaunts and up extending for years. All of these are excellent opportunities to relax, to explore new cultures, cuisines, languages, etc… However, expedition-focused or goal-oriented travel is an art that seems somewhat lost. Despite brilliant films such as Planet Earth, we have a tendency to believe that the world has already been discovered, that the expeditions of old have covered all grounds and therefore there must be nothing new to explore.

Except that we can still discover ourselves, our abilities and our limits.

Say for example that you like to hike. Maybe it’s time to try hiking the Pacific Crest Trail which spans approximately 2,500 miles. Beginning at the border of Mexico, the trail traverses deserts, forests and High Sierra granite to ultimately culminate at the border of Canada. Yes, it’s been done. Would it still be a personal journey? Can it be considered an arduous and exciting expedition? Absolutely.

If you are into kickboxing and interested in travel, go to Thailand to train and fight at a Muay Thai camp where the training consists of two, three-hour sessions per day and are so grueling that exhaustion becomes your sole companion. You would have to prepare and commit to putting yourself through intense physical hardship and stepping into a ring with another man intent on breaking you. Can you grow from this experience? I would imagine so.

The Men Who Paved the Road

For inspiration we can look to men from history who plunged themselves into uncharted territory for the thrill of discovery and adventure. Think Francisco de Orellana, the Spanish conquistador who led the first successful descent of the Amazon River, along with various other expeditions in search of the fabled “El Dorado” (the city said to be made of gold). Then of course, there is Charles Darwin, whose travels and observations while aboard the HMS Beagle provided the basis for what later became On the Origin of Species. There was Lewis and Clark, pioneering the path west and Sir Edmund Hillary, tackling and besting the tallest mountain in the world: Everest.

These men could not be restrained by the confines of common life; rather, they sought to construct their own destinies through a series of harrowing life adventures.

There is no reason for travel of this sort to die simply because others have already trod the path before us. We all still have the drive to find something new and accomplish something noteworthy. Whether or not anyone else takes notice–as far as I’m concerned–is unimportant.

And Those Who Exist on the Fringes of Society Today 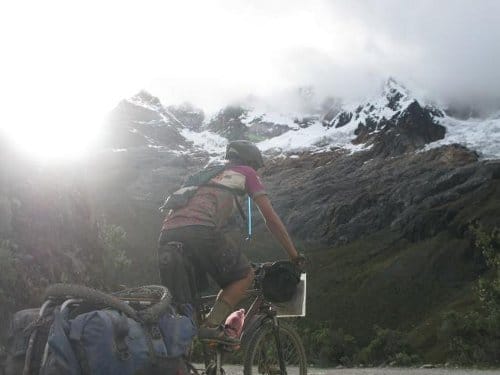 In regards to the benefits of expedition-focused travel, my friend and fellow adventurer, Travis Anderson, once wrote me this via e-mail correspondence:

“Just as steel is forged from softer metals in intense heat, so too can men be formed through personal hardship.”

This comes from a man who has been chased up trees by grizzly bears, their murderous claws swatting at his legs. He has been plunged into the northern Pacific as his fishing boat sank beneath his feet in a storm. He has globe-trotted all over the world, constantly seeking to challenge himself, to find what I’ll call his “grit.” I agree with the sentiment of his statement; while there are many ways to grow as an man, it is my belief that being thrown into an unfamiliar world with challenges to both mind and body can stretch you like few other things can.

To draw attention to a group of modern-day explorers, I’d like to highlight an expedition that was completed in January of 2010; one that few may ever hear of yet is still remarkable nonetheless. In July of 2006, a group of friends thought about three things: their bikes, a map of the Americas, and the greatest trip they could conjure up in these times.

They came up with this:

Avoiding paved roads as often as possible, their fingers outlined a route on the map that began at the northern-most point of Alaska, following the entire continental divide (the longest continual mountain range in the world) all the way down through the United States. They continued on past Central America where, in order to cross the Panama Canal and the Dorian Gap, they found a way to strap their bikes and equipment to kayaks and proceeded to paddle to South America. Once they landed, they returned to their bikes for countless ascents through the Andes mountain range. The trip finally ended at the tip of Patagonia in Ushuaia, Argentina. Their journey was aptly titled “Riding the Spine” and can be further read about here. 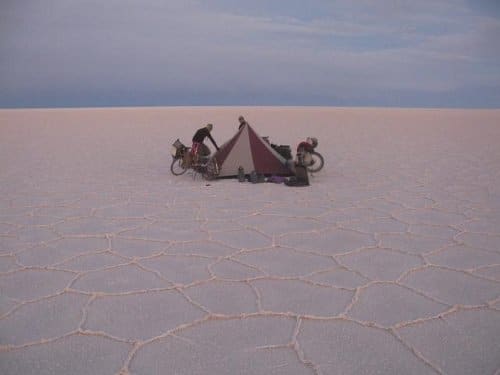 Within the first four days of the trip one of the members had been chased by a rabid wolf. They had to ride through snow, endure frostbite and severe weather, carry their bikes out of deep canyons and triumph over mountain ascents of thousands of feet. It took them approximately three and a half years to complete their journey. How’s that for challenging?

I also just recently came across the story of Ed Stafford, who, refusing to believe that every explorative feat had already been accomplished, set out to become the first person to walk the entire length of the Amazon River. He understood how to combine adventure and philanthropy, and dedicated his journey to raising awareness of the Amazon region. It took him 859 days of dodging piranhas, jaguars, and exhaustion, but he reached the Atlantic Ocean a couple of weeks ago. Finding an adventure these days isn’t impossible-it just takes a little imagination and a lot of guts.

A Brief Guide for Planning Your Own Expedition

There are very few of us who can dedicate years of our lives to far flung expeditions, but they don’t necessarily require that either. The first thing to do is to outline some time that you can devote to accomplishing a goal that you have always dreamed of doing, whatever that time period may be.

Decide on the activity and a place. This could be anything from a caving trip in a neighboring county to scaling the tallest peaks halfway around the world. The point is that it should push your boundaries.

Do your research. It can be easy to get in over your head, to get caught in a situation that can be severely detrimental to your health and safety. So know exactly what you are getting into before heading out.

Develop the necessary skills. Let’s say you’re an avid equestrian and you decide you want to ride your horse across Mongolia to visit nomadic families, drink fermented camel milk and gaze upon an endless horizon; make sure you know your stuff when it comes to navigation, horse care, the availability of food and the treatment of water.

Outline a plan and a goal. Where do you want to start and where will your journey end? Under what circumstances will you view the goal as accomplished?

Plan for the worst and have a back-up plan. What are you going to do if you accidentally take the wrong tributary on a raft trip? What if your horse dies? What if your expedition requires weapons to survive and they break? Figure out the answers to those questions before leaving.

Buy a plane ticket, a train pass, a bike, a canoe, or whatever else it is you need in order to see the journey through. With the proper equipment, the necessary skills and some serious bravado, you are likely to come out the other side triumphant…or at least, alive. And remember that staying calm and using common sense when things go wrong saves lives when in the wilderness.