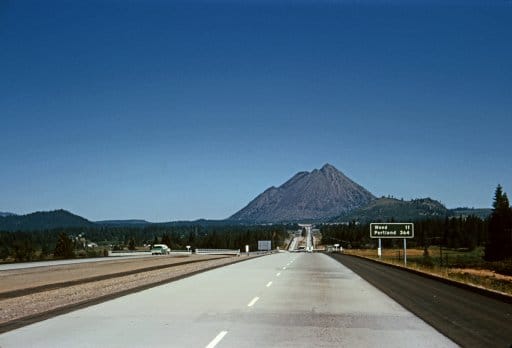 Editor’s note: This is a guest post from Marcus Brotherton, best-selling author or co-author of more than 25 books. Follow his blog at: www.marcusbrotherton.com

We were rumbling along highway 2 in Washington State between the two flyspeck towns of Davenport and Reardan, when Paul’s old Ford station wagon broke down.

There was no warning sputter. No parts spewed on the road behind us. The car simply stopped breathing and we coasted to the shoulder and braked.

Those were the days before cell phones.

We opened the hood and hemmed and hawed. We kicked the tires. All around us was wheat country, field after field of shushing yellow waves.

I climbed a nearby hill and searched for the closest farmhouse. From the hilltop I could see Paul under the hood making engine sounds with his lips.

It was a silent landscape when there was no traffic, which was most of the time. It was just my friend and me on the road trip together, and we were quite alone.

I climbed down the hill. Paul sighed, and we began to walk along the highway in search of help.

Hours later, back at the car, Mick the mechanic, from Mick’s Tire and Auto Repair, pulled up in his rusted blue wrecker and towed us to his garage. Perhaps the problem was a fuel pump, Mick was not sure. Whatever parts we needed were available only from a store in another town, so nothing could be done that night.

Paul and I were marooned, yet we were at peace with that mishap. The rigors of college were newly completed, and this trip across America was our graduation present to ourselves. We’d allowed ourselves four late August weeks of nothing except the open road. One of our main objectives was to see the Grand Canyon, and being stranded along the way, we concluded, was an integral part of the adventure.

Mick the mechanic let us pitch our tent in the grassy field behind his shop that evening. With the sun setting, Paul and I walked the length of town, looking for a diner. The walk took 10 minutes, and we covered the entire metropolis.

Our waitress at the Cottonwood Bar & Grill brought us a plate of biscuits along with our burgers. She was at least 75. “These are on the house,” she said, referring to the biscuits. I remember her words exactly. “I don’t like to see young fellars ever goin’ hungry.”

Supper over, Paul and I stayed at the table, stretched back and talked. There was nowhere to go. The rest of the town was long closed. We talked about girls, cars, guitars, God, politics. We talked of what we didn’t know as much as what we did.

Then we were silent. We thumbed through sections of a local newspaper. We looked at the menu again, and each ordered another slice of peach pie. Another two hours went by, and we didn’t speak at all.

I thought about how long it takes before you can be comfortably silent with a friend. When you first meet you don’t want the pressure of dead air. Paul and I had experienced more than four years of friendship by then, and silence was fine.

Mick the mechanic fixed Paul’s Ford that weekend, and Paul and I traveled on.

We saw marshy paint pits at Yellowstone and a sheet-lightening hailstorm near Mt. Rushmore.

We camped beside coyotes in South Dakota, in the wild rains of Colorado, and in the crazy-dry heat of Arizona.

We hummed across ruler-straight interstates in Nebraska, traversed through a flash flood in New Mexico, and wound along the surfy highways of the California coast.

We saw the Harley Davidsons at Sturgis, the Presidio of San Francisco, and the Navaho plains.

Then, somewhere in the middle of that trip, we drove to the rim of the Grand Canyon and looked over the side.

The Grand Canyon, for those who have never visited, is a multi-state river-ripped conduit that pulses with reds, purples, sepias, blacks and greens. All around you is sky, space, land, and water. Earth is brilliant. Words fail.

In that place, Paul and I snapped pictures; we hiked its valleys and drank its majesty. Young men at 22, silent from wonder, monumental in friendship.

That was more than twenty years ago, the first time I set out to drive across America. I confess that Paul and I didn’t reach the other side, but we were okay with that. Four weeks, we discovered, was not nearly long enough on the open road.

Today, this is what I know of taking the journey: Driving across the country you live in, or at least a large section of it, is a rite of passage all young men should be privileged to undertake as soon as life extends the possibility.

If you’re middle-aged or a senior citizen and have never taken the trip, it’s fine to go with your family, or a friend from long ago. But, very simply, the journey must find its way onto your bucket list.

Why is this journey so necessary?

1. You create a new soundtrack to your life. Part of this will come from the music you listen to along the way. But it’s more than that. It’s the music combined with the new sights in your head, the new smells and tastes, the new conversations you have with your travelling companions, and the new thoughts that emerge from the stillness of your mind. Your horizons will be broadened, and you will become a richer you.

2. You develop a new feeling of smallness. And smallness, in this context, is not a bad thing. It’s one thing to hop on a jet plane and arrive at your destination in an hour or two. It’s yet another experience to take a long road trip. Only then do you gain a ground-level sense of distance. You see how big the world is and how small you are in it. That feeling of humbleness goes a long way to creating a richer you. You know your importance fits only into the larger human experience.

3. You will want to thank someone. Particularly if you live in a country where you can drive on a highway for mile after mile, and people are able to live as they want to live, free to make something of their lives.