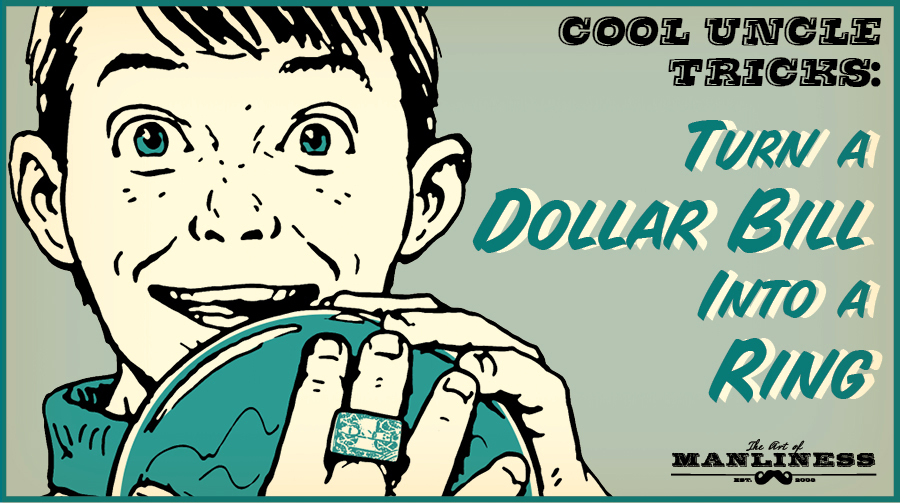 One of the essential skills of a cool uncle is making fun appear out of thin air. Made-up games, hilarious jokes, and great stories are all key components of a cool uncle’s repertoire. Making a ring out of a dollar bill is a perfect example; it turns an everyday object into something unexpectedly new, that can be worn to boot.

When crafting your ring, make sure your early folds are as crisp as possible. Sloppy work in the beginning will only set you up for a ring that doesn’t stay together. The only tool you’ll need is a pen, flathead screwdriver, or other poking implement for the tricky final fold. Otherwise, all you need is a dollar and an audience.

Follow each step closely, paying particular attention to the photos, as those will be almost better descriptors than the captions. 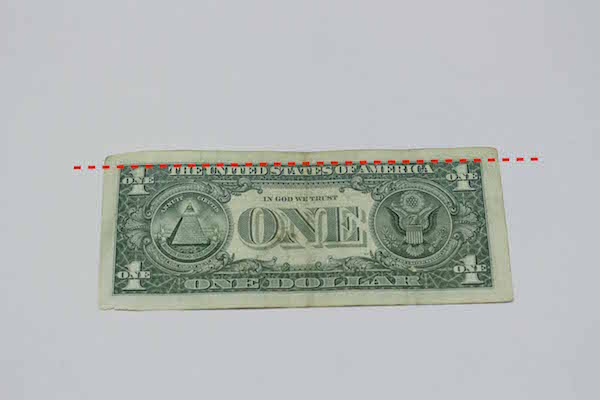 Face the bill backside up, and fold the top edge over, away from you. Make your fold where the green meets the white at the top of the bill. (Even though you’re about to turn the bill over, this step is easier to do from the backside, as you can better see the line; if you fold towards you from the frontside, it’s harder to see that line to fold on.) 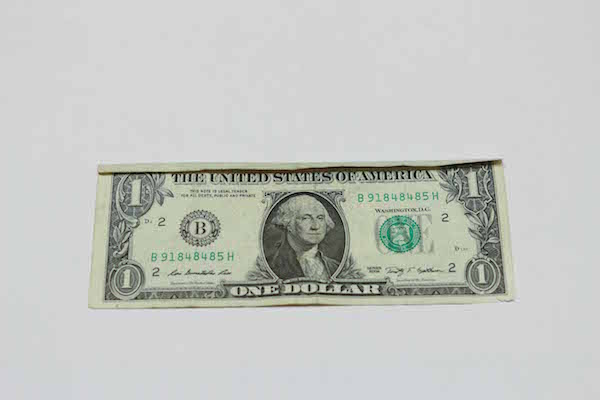 Turn the bill over. 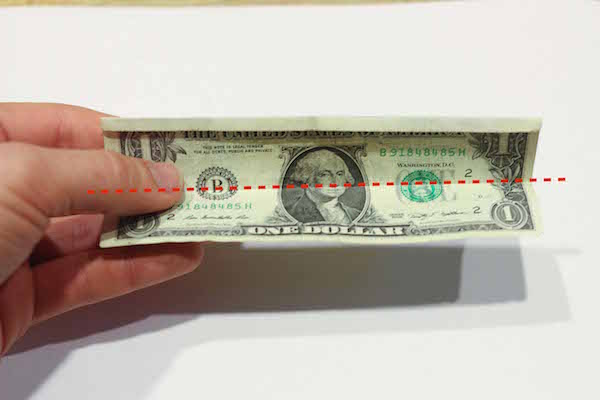 Fold the bill in half lengthwise. 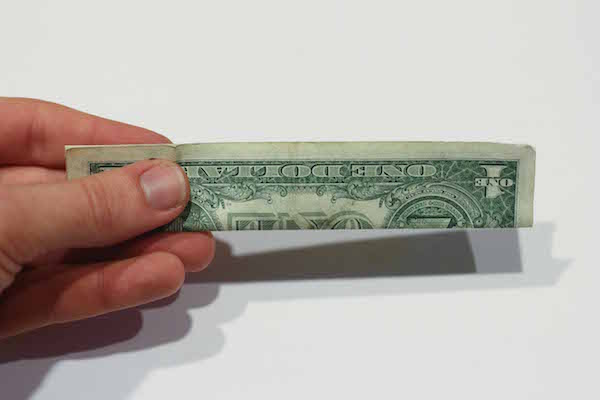 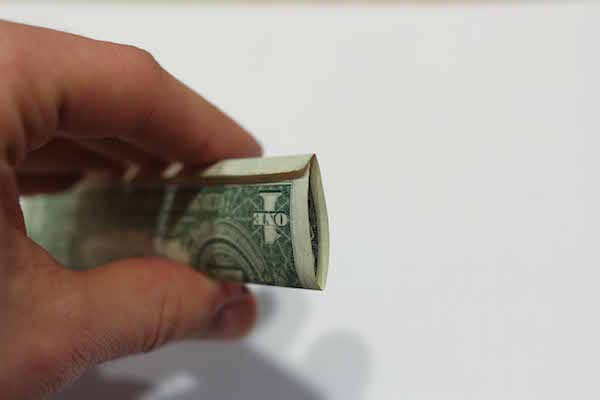 Tuck the edge of the bill underneath your first fold. 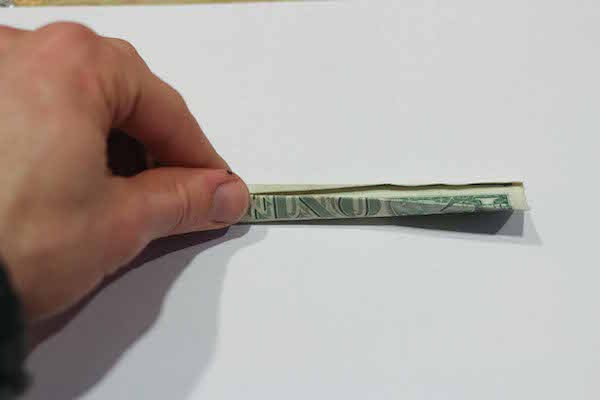 Fold the bill in half lengthwise one more time. 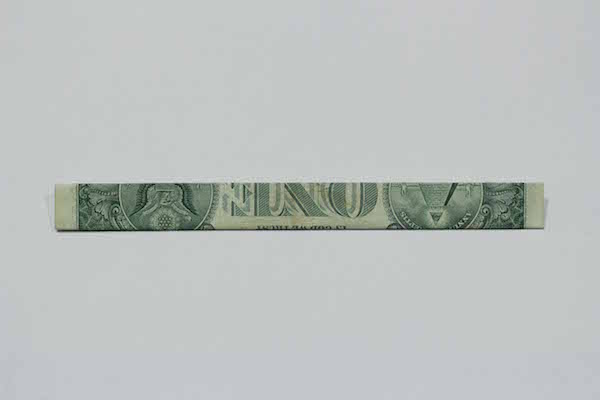 This should be your view after the prior fold. 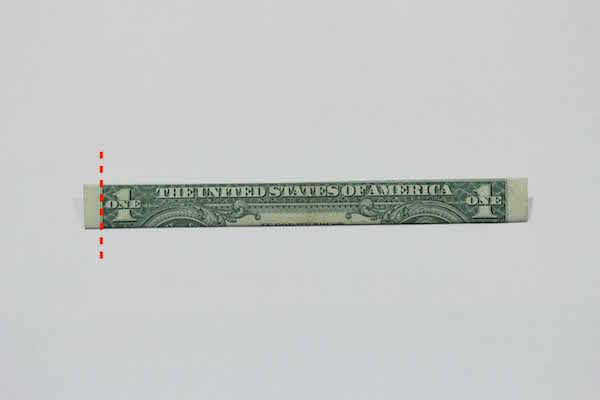 Turn the bill over so the 1’s are facing you. Fold the left edge, where the white meets the green, away from you. 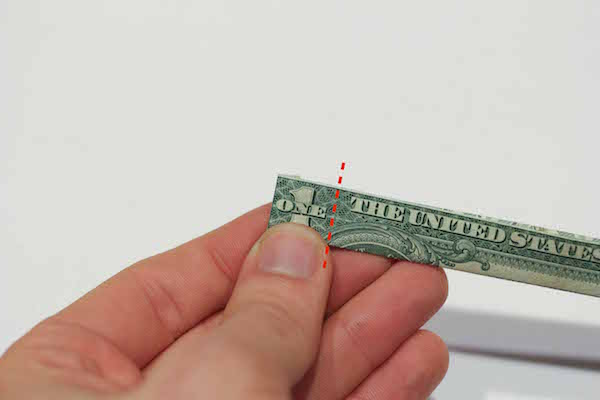 Fold away from you again, starting from just to the right of the 1. 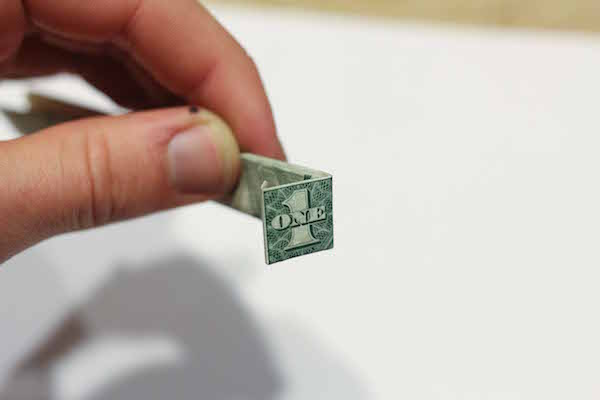 The 1 is now isolated, and will ultimately form the top of the ring. 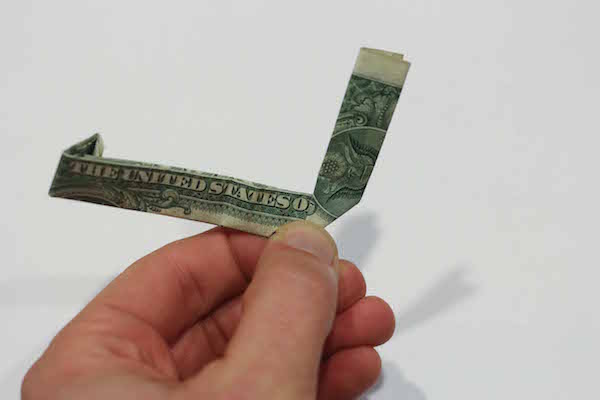 With the 1 folded away from you, take the right side and fold it upward, perpendicular to the rest of the bill. The vertical line of this fold should fall in between the “O” and “F” in the “OF.” 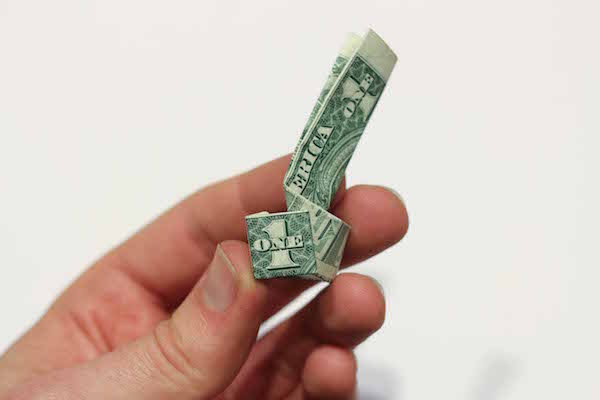 Curl the right side of the bill towards you and into a ring shape, positioning the vertical part of the bill directly behind that isolated 1. (See the next picture for another look.) 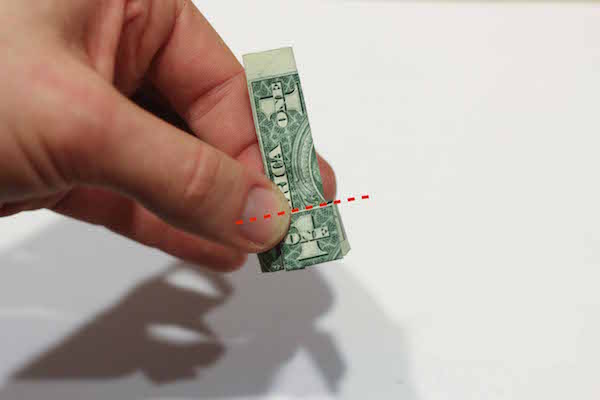 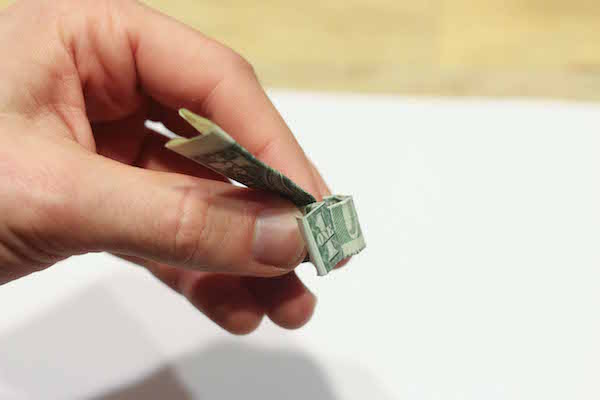 Fold that vertical section down, slipping it behind the flap with the 1. 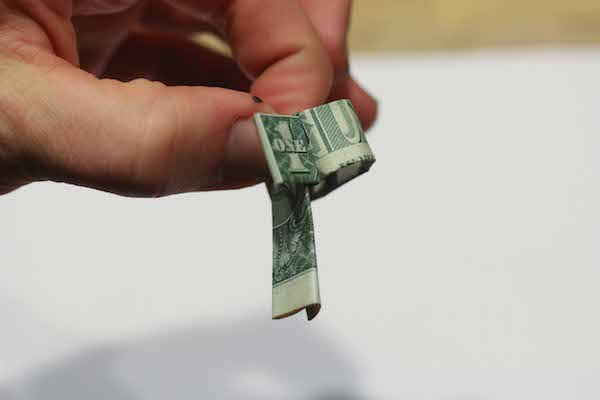 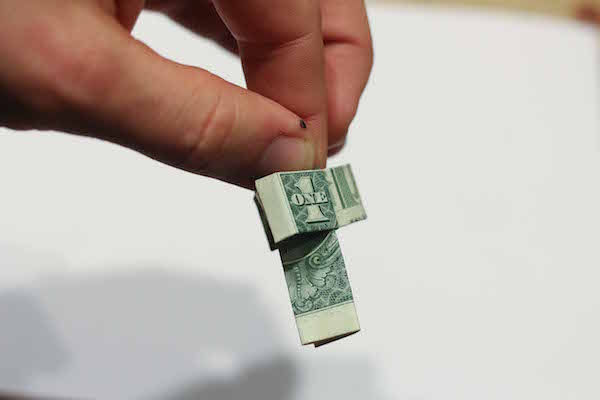 Fold the 1 back down, and slip the white tab underneath the piece you just folded down. 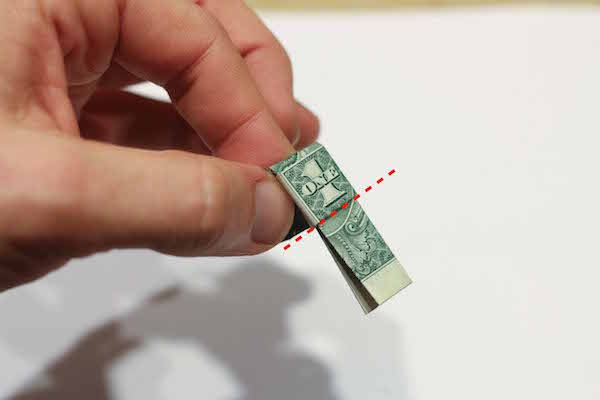 Take the remaining section of that vertical part you just brought down and fold it up through the main part of the ring. 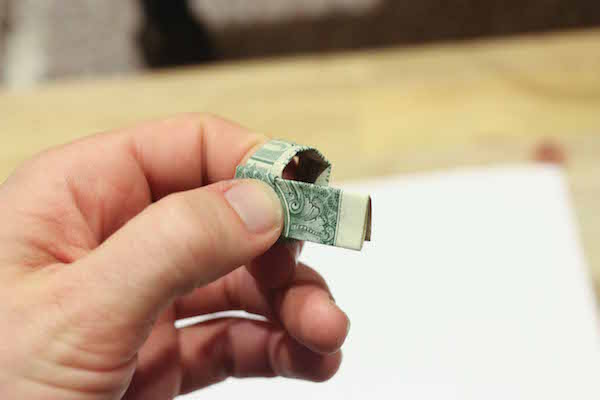 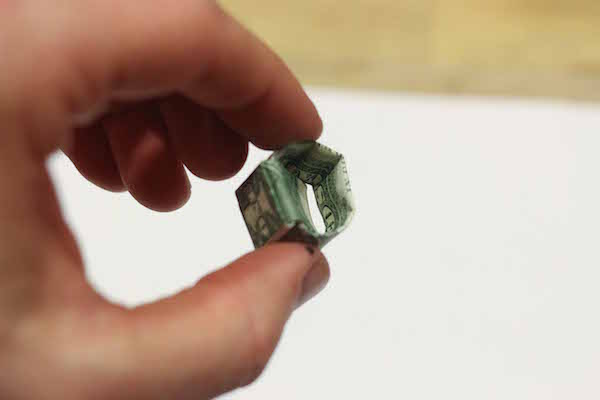 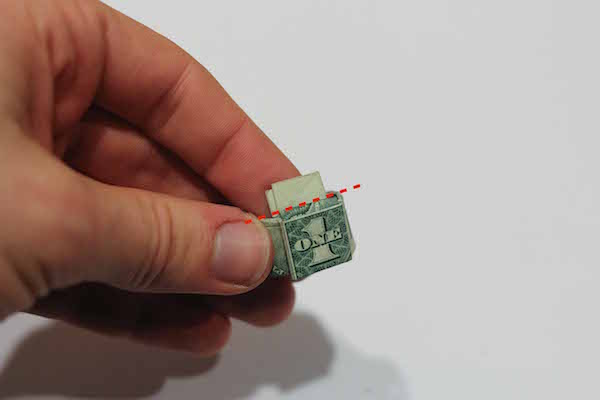 You’ll have a little white tab remaining and sticking out up top. This is the tricky part where you’ll likely need to use a pen or screwdriver to tuck it neatly underneath the 1. 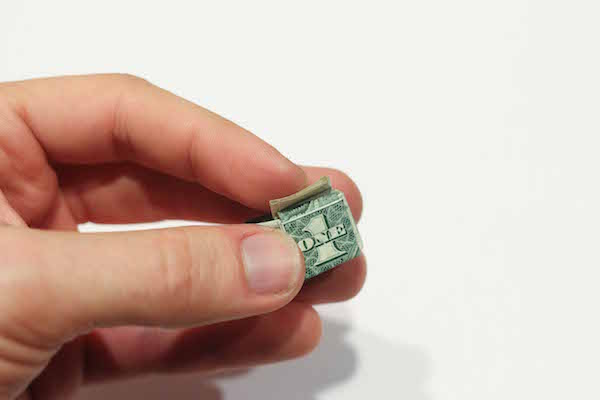 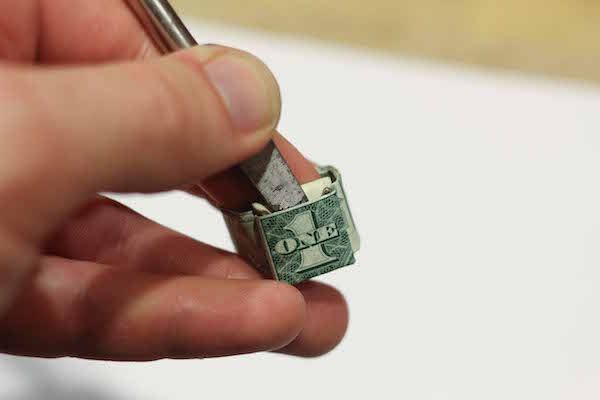 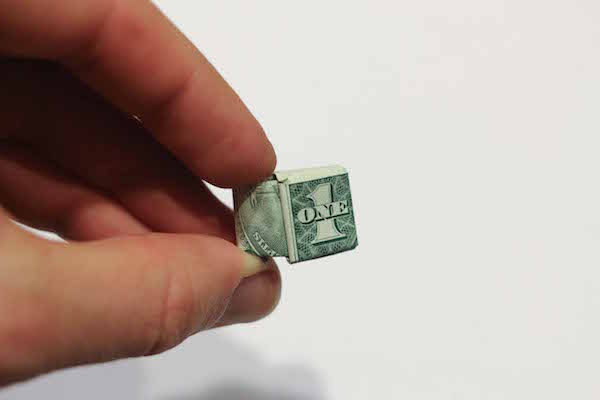 Your final product! Should fit at least one finger on most people’s hands. Your niece or nephew is now outfitted with some amazing, cool uncle-crafted bling.