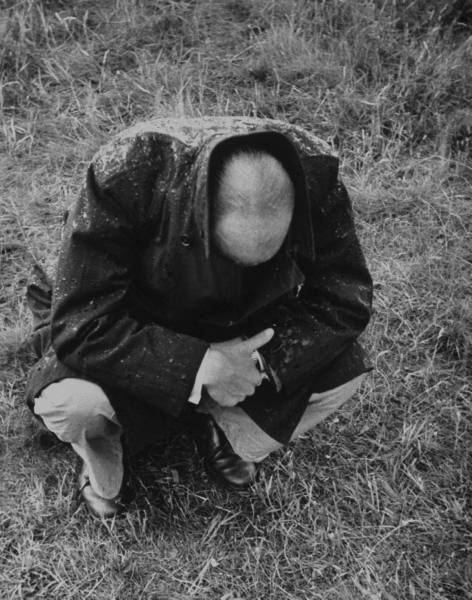 Editor’s note: This is a guest post from S.M. Leahy. Mr. Leahy is a student studying at Columbia University. He is originally from Virginia.


A man will have faults.  An overweight man can look at himself and take the steps needed to shed pounds.  A man with poor eyesight can wear glasses or contact lenses. How often, though, does a man look inside himself for ways to improve? A man’s emotional and mental health are just as valuable as his physical, yet the former receives much less attention. One of the most common mental illnesses in men is depression. 10 % of men will suffer a major depressive episode during their lifetime.

Great men in history who suffered from depression are numerous: Abraham Lincoln, Ernest Hemingway, Winston Churchill, and Buzz Aldrin to name a few. Buzz Aldrin overcame his depression and alcoholism, eventually becoming Chair of the National Mental Health Association. Churchill took up painting to keep what he called the “black dog” at bay. The treatment Hemingway sought for his depression only served to deepen it. The ECT shock treatments stole from him valuable memories and hindered his writing ability, precipitating his  suicide with a gruesome shotgun blast to the forehead.

What makes mental illness, such as depression, so difficult to deal with in men is the perceived shame that comes with admitting it.  The World Health Organization states that fewer than 25% of male sufferers worldwide will seek treatment “[because of] social stigmas associated with mental disorders including depression.”   A man may put his pride before all else, no matter what the cost. I know this, and I know how high the price can rise.

I was diagnosed with major depressive disorder when I was seventeen years old, but I believe I had been suffering for years prior.  Since childhood I had bouts of extreme sadness.  I would sit in the blue-grey light of our family’s kitchen as the sun slipped below the horizon and feel paralyzed, head to foot, by some terrible aloneness. I would recover from each bout within a few days, but I could feel the sadness stalking me.  I’d fall into it even when I had something in my life to be elated about. I became confused and frustrated because of the incongruity, and the depressive episode would deepen. I had no idea where it all came from.

Depression’s origins vary from man to man. Sometimes traumatic events such as sudden death or illness triggers depression. Early social interaction and a man’s childhood also play a major role.  If a man felt neglected or unloved by his parents, or ostracized by other children, depression is more likely to become a constant companion. Eventually, however, depression boils down to a question of biochemistry. Although we all have sad episodes in our life, even some lasting for weeks or months, men who suffer from depression have some sort of imbalance in their brain chemistry that causes pain and suffering for no reason and without warning. While looking to the past to find the root of a man’s depression can be beneficial, a focus on positive and active treatment now and in the future is most essential.

Dealing with it: The Monster and The Man

Everything was enemy to me. I used denial as a defense mechanism, a way to preserve my ego and pride.  I would not admit to myself that I was weak and needed help.  This is how I built my monsters.

I started to self medicate. Towards the end of high school and the first semester of college, I used alcohol heavily at the worst times.  I would seek it out on the weekends and drink alone in the corners of house parties and in the back seat of parked cars. This was not a social activity. I smoked cigarettes in the same secretive way. When I had happy and together moments in life, I abstained from drinking and smoking – to this day, I don’t enjoy either. When I was in the valleys – when I hurt – alcohol and cigarette tobacco always arrived.

The emotional abuse I saddled on those around me remains the worse product of my depression. I allowed depression to burden not only me, but two girlfriends, my family, and my closest friends. One girl could not deal with it and ended up leaving me.  The other stuck around longer, and I abused her emotions without knowing it. I was terrifyingly cold and unfeeling, even as she broke down into tears and begged me to say anything.  I made her feel responsible for anything that went wrong in my life.  I left her more than once without warning, but would soon come back  and manipulate her damaged emotions to get back together. All of it was a way for me to artificially build myself back up. I was trying to destroy my depression, but I ended up harming the most vulnerable people in my life. Cowardice and dishonesty dictated my thinking.

What underlies all these abuses is a fundamental disgust and anger with one’s self.  I manipulated the emotions of everyone around me to bring them down to my level and feel better about my station in life.  Admitting my weakness terrified me so much that I went out and tore away.

The booze and cigarettes, I think, show a self-destructive streak common to all those who suffer with depression.  Although the exact motives for self-destructive thoughts vary, they usually revolve around the ideas that a man cannot deal with such a great burden or, as in my case, that a man is not worth it, that he does not deserve to live because of such weakness.

I was honest on the worst day of my life. It was December 12, 2007. That day, I received my acceptance letter to Columbia University, an Ivy League school in New York City. The second I opened it and saw “Congratulations!” I placed it on my mother’s desk, walked into my room, and slowly lowered myself, face down, to the cream carpet after turning out all the lights. I was motionless for hours, half naked, praying for life to seep out of me. I never cried. I was far beyond the point of emotional release.  When my mother opened the bedroom door, I looked up and said, “There’s something wrong with me.”

Honesty and integrity are fundamental parts of manhood. Admitting weakness takes a tremendous amount of effort. It also is the most important step to correcting the flaws in a man’s life. I realized I could not deal with depression on my own and allowed myself to grow more comfortable with the idea of professional help. I started seeing a psychologist, who I will call “Lloyd.” Lloyd was a soft spoken Southerner who talked with me instead of treating me. I was skeptical and guarded when we first met, and I asked him why I should trust him, a stranger I’d never met. His response was simple, “There’s no good reason.” It was the perfect answer. Lloyd let me talk in a way I never had before. He asked simple but difficult questions and let me unravel myself. There were points when he was candid and told me that he didn’t have a good answer for whatever issue we were working through. He showed me life was uncertain but worth it, too.  Eventually, we developed a system for dealing with my depression:

Opening up to Lloyd was critical. Without talking about depression, and letting myself share the burden, I would be in much worse shape now. I would not be writing this article. For any man who feels he may be suffering from depression, a depressive episode, or is just in a low cycle of life, seeking counsel in someone close is the simplest and often most potent medication. A professional is not necessary for everyone; use your close friends or family members; they will judge you less than you think. But I would caution against relying on a girlfriend or wife as partners’ moods in a romantic relationship tend to feed off of one another, and you may end up inadvertently sucking them into your depression.  A little distance between yourself and that trusted other person is healthy.

Another method that I use to deal with depression is physical exercise. Vigorous exercise releases chemicals in the brain, such as dopamine, that can elevate mood instantly. Studies have shown that exercise is just as effective as medication in treating depression. I stick to my routine every day and  never skip it, even when I am in a low phase.

Do not let depression hijack your life. Keep busy physically and mentally to hold depression at bay. It can be tempting to think that a step back from the stress of life will do a man good. However, when a day loses purpose, when nothing fills the hours, depression is happy to steal them away. Depression will lure you away from the good in life before it strikes.

Lloyd and I  talked about prescription drugs briefly, and we quickly decided against it.  Unfortunately, there seems to be a trend in America that revolves around quickly and haphazardly prescribing potent drugs. To that end, overprescription and abuse are higher than they should be. Antidepressant use in this country has doubled over the last decade; 1 in 10 Americans are now takings meds! Medication for mental illness is extremely powerful and should only be used by men who absolutely cannot function without it

I do not revel in my depression. I do not use it as an excuse nor do I exalt it to others or myself. I understand it is a destructive force. That being said, I have learned things while in deep depressive episodes that have allowed me to grow as a young man. The introspection and reflection that came with depression has led to my life evolving.  Because I know how dark things can get, I am more thankful and more aware of the happiness in my life – I appreciate my friends and family much, much more.  Finally, I believe I may never have started writing were it not for Lloyd recommending starting a journal.  Now, I plan to make writing my life’s work.

Yet I wish I could have found these answers in other ways.  There is something here a man should learn to do: Whatever the situation, no matter how dark, move through the awful and find the goodness.

Listen to our podcast on the origins of depression: