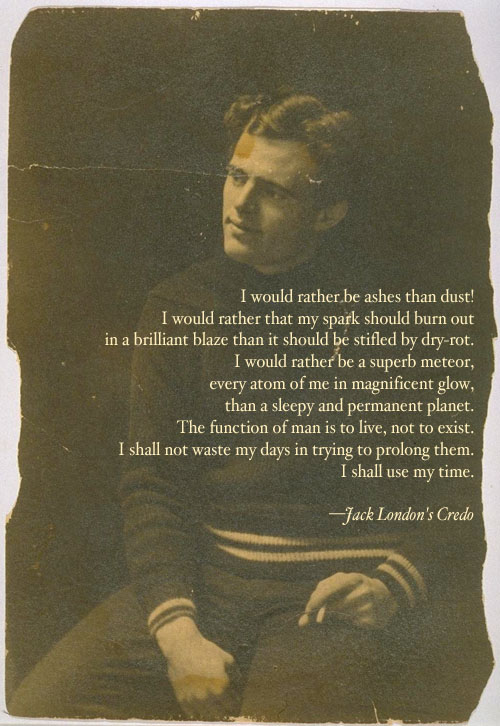 This article is part of a series that studies the life of Jack London, and especially his display of the Ancient Greek concept of thumos.


As fifteen-year-old Jack London toiled away in a steamy, rank pickle factory for ten cents an hour, he hatched a plan that would allow him to make much more money, and return to the open water and sky he so sorely missed. He would become a pirate. An oyster pirate.

The Southern Pacific Railroad had begun to lease out tracts of its coastal acreage for the exclusive use of oyster farmers. The oyster beds, which had been considered a public resource, were transformed into a protected monopoly. This takeover deprived working-class fishermen of a source of income and food. Thus, even though the act became a felony, the police often looked the other way when sailors continued to harvest oysters from the now private tidal farms, and these “oyster pirates” took on the air of local folk heroes. Jack London was eager to join their ranks. 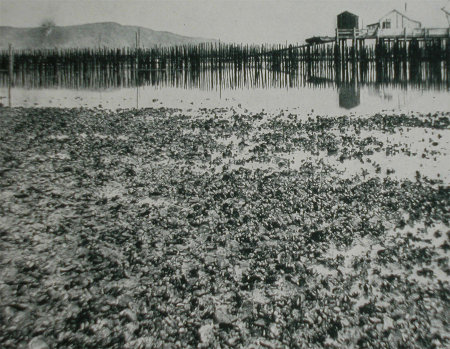 London borrowed the money to purchase a small sloop, the Razzle Dazzle, from Mammy Jennie and quickly began his pirating operation. Under the cover of darkness, he would stealthily pilot the sloop into the shallow water along the bay’s coastline. Armed guards patrolled the area from raised platforms, and Jack had to maintain absolute silence during the raid; the smallest knock would reverberate through the night. Jack would nose the boat onto shore near an oyster bed, and then he and a partner would climb out onto the tidal flat, wade through the thick mud, and fill sack after sack full of mollusk booty. Then as morning dawned, they raced other pirates to the Oakland markets, jockeying to be the first to sell the harvested oysters for hefty sums to local restaurateurs who didn’t inquire about their origin.

Jack soon found that he could make more money in a week pirating oysters than he could in a whole month at the cannery; he would hand over a large portion to his family, and still have enough to go out and have a good time.

Jack’s prowess and daring in his new “career,” his seeming disregard for the danger inherent to the gig, and his rapid success, won him the admiration of his peers, and the title “Prince of the Oyster Pirates.”

He also gained equal standing among the toughs who prowled along the waterfront. Young Jack wanted to prove he was a man; that despite his bookish predilections, he was full of grit and brass. He started running with gangs and going out gambling, carousing, and getting in a few brawls. He still did not relish fighting, but he fought to win whenever pushed; not that he was always successful — he was once knocked unconscious for seventeen hours.

Jack Gets Acquainted with John Barleycorn

London remained a regular at the Heinold Saloon, but he now spent less time studying the dictionary and more time drinking, buying rounds for his fellow patrons, spinning engaging yarns, and listening to the crackling tales of veteran whalers and harpooners who had traveled the world. Reading was still Jack’s favorite pastime, and he stole away to the Oakland Public Library whenever he could. But he had grown more self-conscious about exhibiting his love of learning around his salty peers. He would wait to crack open the books until he was alone, holed up at night in the cabin of the Razzle Dazzle.

London claimed that during this time, and for most of his life, he felt no pull towards alcohol, and didn’t enjoy drinking it. John Barleycorn, Jack’s favorite personified moniker for alcohol, tasted and registered to his senses as poison. But he drank with his fellows because it seemed to be an essential part of manly camaraderie. He said it was “the price I would pay for their comradeship” and his ticket into their world:

“All this glorious passage in my life was made possible for me by John Barleycorn. And this is my complaint against John Barleycorn. Here I was, thirsting for the wild life of adventure, and the only way for me to win to it was through John Barleycorn’s mediation. It was the way of the men who lived the life. Did I wish to live the life, I must live it the way they did.”

So London heartily drank with his fellows in order to be accepted. Yet he “carefully avoided overdrinking” – showing he was a good sport was one thing, he felt, while getting drunk was pointless. Nonetheless, his new drinking habit was beginning to have some unfortunate effects on his thumos. For one, his conscience, he observed from time to time, seemed to be dulling:

“As I bought drinks—others treated as well— the thought flickered across my mind that Mammy Jennie wasn’t going to be repaid much on her loan out of that week’s earnings of the Razzle Dazzle. ‘But what of it?’ I thought, or rather, John Barleycorn thought it for me. ‘You’re a man and you’re getting acquainted with men. Mammy Jennie doesn’t need the money as promptly as all that. She isn’t starving. You know that. She’s got other money in bank. Let her wait, and pay her back gradually.’

And thus it was I learned another trait of John Barleycorn. He inhibits morality. Wrong conduct that it is impossible for one to do sober, is done quite easily when one is not sober. In fact, it is the only thing one can do, for John Barleycorn’s inhibition rises like a wall between one’s immediate desires and long-learned morality.”

London was most concerned, however, by the way in which his drinking was slowly squelching the spiritedness of his thumos, fostering apathy and a premature cynicism:

“I had a few months still to run before I was seventeen; I scorned the thought of a steady job at anything; I felt myself a pretty tough individual in a group of pretty tough men; and I drank because these men drank and because I had to make good with them. I had never had a real boyhood, and in this, my precocious manhood, I was very hard and woefully wise. Though I had never known girl’s love even, I had crawled through such depths that I was convinced absolutely that I knew the last word about love and life. And it wasn’t a pretty knowledge. Without being pessimistic, I was quite satisfied that life was a rather cheap and ordinary affair.

You see, John Barleycorn was blunting me. The old stings and prods of the spirit were no longer sharp. Curiosity was leaving me. What did it matter what lay on the other side of the world? Men and women, without doubt, very much like the men and women I knew; marrying and giving in marriage and all the petty run of petty human concerns; and drinks, too. But the other side of the world was a long way to go for a drink. I had but to step to the corner and get all I wanted at Joe Vigy’s. Johnny Heinhold still ran the Last Chance. And there were saloons on all the corners and between the corners.”

This dulling of his sense of adventure greatly disturbed Jack. When he drank, as London always put it, the “maggots” would start crawling around in his brain, whispering to him “that life is big,” and that he and his companions were  “all brave and fine—free spirits sprawling like careless gods upon the turf and telling the two-by-four, cut-and-dried, conventional world to go hang.” Alcohol gave him the sensation of being wild and free, but Jack’s penetrating thumos saw through the illusion and continued to spur him to seek experiences outside the walls of his favorite saloons:

“When I never drew a sober breath, on one stretch, for three solid weeks, I was certain I had reached the top. Surely, in that direction, one could go no farther. It was time for me to move on. For always, drunk or sober, at the back of my consciousness something whispered that this carousing and bay-adventuring was not all of life. This whisper was my good fortune. I happened to be so made that I could hear it calling, always calling, out and away over the world. It was not canniness on my part. It was curiosity, desire to know, an unrest and a seeking for things wonderful that I seemed somehow to have glimpsed or guessed. What was this life for, I demanded, if this were all? No; there was something more, away and beyond.”

London’s growing conviction that he needed to forge a new path in life was dramatically cemented when he fell off a sloop drunk one night and began to drift out to sea. At first his alcohol-soaked mind was seized with the romantic notion that this was a beautiful and fitting end to life and to let himself be swept away. But as a strong current took hold of him, and began to pull him farther and farther from shore, his mind quickly sobered up and snapped to the awareness that he wanted to live. He desperately attempted to swim to shore, barely winning the fight against exhaustion before clawing his way onto land.

A Desire to Turn the Page 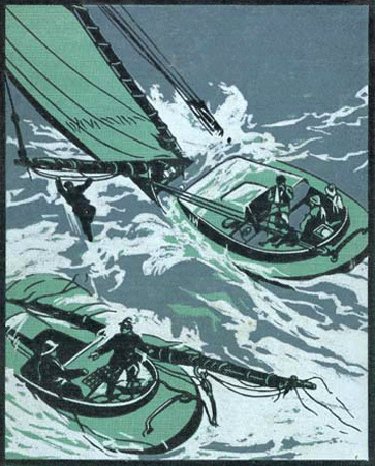 Life for London was unconstrained, but it had taken a turn contrary to his expansive dreams. He could see his current pursuits invariably leading to a dead end – death or jail — neither of which were the kind of romantic possibilities he sought. It was time to do something else.

Jack first tried switching sides, trading his status as oyster pirate for a badge working for the California Fish Patrol. As a deputy, his job was much like that of a game warden and involved arresting waterborne lawbreakers, a group to which he had just belonged. Despite his youthful desire to live wild and loose, he had a counter-streak that greatly respected law, and the necessity of it, and he found catching felons much more satisfying than being one.

While out on patrol one day, he saw a gang of teenage hobos skinny dipping, and decided on a whim to take off with them on a tramping journey. He left his home state for the first time and traveled by foot and rail all the way to the Sierra Nevadas. But the criminal shenanigans of his new companions were no better than his old ones, and once more anxious of losing his freedom to the slammer, Jack returned to Oakland.

He may have gone home, but his short journey had only whet his appetite for exploration. He was ready to make a clean break with his old life and to strike out far beyond his comfort zone. He was ready to go “before the mast,” out to the deep sea and whatever lay behind the horizon. A man, London believed, “must venture into the unknown because he is afraid of it.” And Jack London was ready to become a man.

Wolf: The Lives of Jack London by James L. Haley

The Book of Jack London, Volumes 1 & 2 by Charmian London (free in the public domain)

Complete Works of Jack London (all of London’s works are available free in the public domain, or you can download his hundreds of writings all in one place for $3, which is just plain awesome)