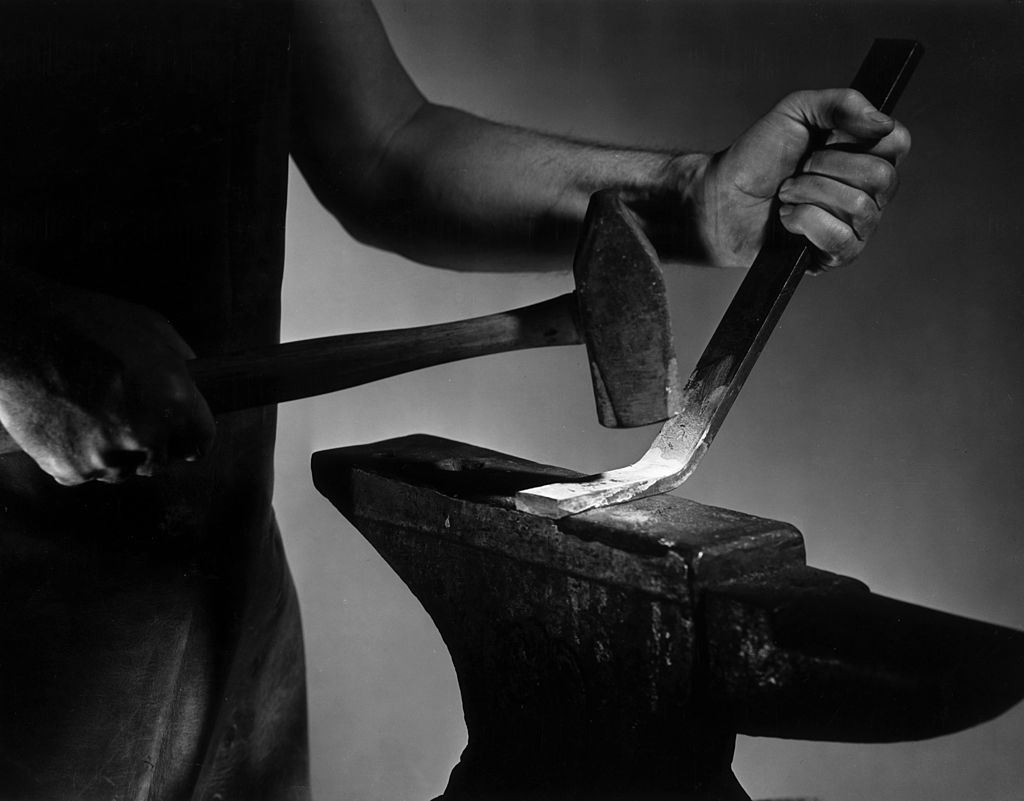 Editor’s note: This selection from the writings of the famous psychologist William James has been condensed from the original.

“Habit”
From The Principles of Psychology, 1890
By William James

The more of the details of our daily life we can hand over to the effortless custody of automatism, the more our higher powers of mind will be set free for their own proper work. There is no more miserable human being than one in whom nothing is habitual but indecision, and for whom the lighting of every cigar, the drinking of every cup, the time of rising and going to bed every day, and the beginning of every bit of work, are subjects of express volitional deliberation. Full half the time of such a man goes to the deciding, or regretting, of matters which ought to be so ingrained in him as practically not to exist for his consciousness at all. If there be such daily duties not yet ingrained in any one of my readers, let him begin this very hour to set the matter right.

In Professor Bain’s chapter on “The Moral Habits” there are some admirable practical remarks laid down. Two great maxims emerge from his treatment. The first is that in the acquisition of a new habit, or the leaving off of an old one:

We must take care to launch ourselves with as strong and decided an initiative as possible.

Accumulate all the possible circumstances which shall re-enforce the right motives; put yourself assiduously in conditions that encourage the new way; make engagements incompatible with the old; take a public pledge, if the case allows; in short, envelop your resolution with every aid you know. This will give your new beginning such a momentum that the temptation to break down will not occur as soon as it otherwise might; and every day during which a breakdown is postponed adds to the chances of its not occurring at all.

The second maxim is:

Never suffer an exception to occur till the new habit is securely rooted in your life.

Each lapse is like the letting fall of a ball of string which one is carefully winding up; a single slip undoes more than a great many turns will wind again. Continuity of training is the great means of making the nervous system act infallibly right. As Professor Bain says:

“The peculiarity of the moral habits, contradistinguishing them from the intellectual acquisitions, is the presence of two hostile powers, one to be gradually raised into the ascendant over the other. It is necessary, above all things, in such a situation, never to lose a battle. Every gain on the wrong side undoes the effect of many conquests on the right. The essential precaution, therefore, is so to regulate the two opposing powers that the one may have a series of uninterrupted successes, until repetition has fortified it to such a degree as to enable it to cope with the opposition, under any circumstances. This is the theoretically best career of mental progress.”

The need of securing success at the outset is imperative. Failure at first is apt to dampen the energy of all future attempts, whereas past experience of success nerves one to future vigor.

The question of “tapering-off,” in abandoning such habits as drink and opium-indulgence, comes in here, and is a question about which experts differ within certain limits, and in regard to what may be best for an individual case.

In the main, however, all expert opinion would agree that abrupt acquisition of the new habit is the best way, if there be a real possibility of carrying it out. We must be careful not to give the will so stiff a task as to insure its defeat at the very outset; but, provided one can stand it, a sharp period of suffering, and then a free time, is the best thing to aim at, whether in giving up a habit like that of opium, or in simply changing one’s hours of rising or of work. It is surprising how soon a desire will die of inanition if it be never fed.

“One must first learn, unmoved, looking neither to the right nor left, to walk firmly on the straight and narrow path, before one can begin ‘to make one’s self over again.’ He who every day makes a fresh resolve is like one who, arriving at the edge of the ditch he is to leap, forever stops and returns for a fresh run. Without unbroken advance there is no such thing as accumulation of the ethical forces possible, and to make this possible, and to exercise us and habituate us in it, is the sovereign blessing of regular work.”

A third maxim may be added to the preceding pair:

Seize the very first possible opportunity, to act on every resolution you make, and on every emotional prompting you may experience in the direction of the habits you aspire to gain.

No matter how full a reservoir of maxims one may possess, and no matter how good one’s sentiments may be, if one have not taken advantage of every concrete opportunity to act, one’s character may remain entirely unaffected for the better. With mere good intentions, hell is proverbially paved. And this is an obvious consequence of the principles we have laid down.

A “character,” as J. S. Mill says, “is a completely fashioned will”; and a will, in the sense in which he means it, is an aggregate of tendencies to act in a firm and prompt and definite way upon all the principal emergencies of life. A tendency to act only becomes effectively ingrained in us in proportion to the uninterrupted frequency with which the actions actually occur, and the brain “grows” to their use. Every time a resolve or a fine glow of feeling evaporates without bearing practical fruit is worse than a chance lost; it works so as positively to hinder future resolutions and emotions from taking the normal path of discharge. There is no more contemptible type of human character than that of the nerveless sentimentalist and dreamer, who spends his life in a weltering sea of sensibility and emotion, but who never does a manly concrete deed.

There is reason to suppose that if we often flinch from making an effort, before we know it the effort-making capacity will be gone; and that, if we suffer the wandering of our attention, presently it will wander all the time. Attention and effort are, as we shall see later, but two names for the same psychic fact.

As a final practical maxim, relative to these habits of the will, we may, then, offer something like this:

Keep the faculty of effort alive in you by a little gratuitous exercise every day.

That is, be systematically ascetic or heroic in little unnecessary points, do every day or two something for no other reason than that you would rather not do it, so that when the hour of dire need draws nigh, it may find you not unnerved and untrained to stand the test. Asceticism of this sort is like the insurance which a man pays on his house and goods. The tax does him no good at the time, and possibly may never bring him a return. But if the fire does come, his having paid it will be his salvation from ruin. So with the man who has daily inured himself to habits of concentrated attention, energetic volition, and self-denial in unnecessary things. He will stand like a tower when everything rocks around him, and when his softer fellow-mortals are winnowed like chaff in the blast.

The hell to be endured hereafter, of which theology tells, is no worse than the hell we make for ourselves in this world by habitually fashioning our characters in the wrong way. Could the young but realize how soon they will become mere walking bundles of habits, they would give more heed to their conduct while in the plastic state. We are spinning our own fates, good or evil, and never to be undone. Every smallest stroke of virtue or of vice leaves its never so little scar. The drunken Rip Van Winkle, in Jefferson’s play, excuses himself for every fresh dereliction by saying, “I won’t count this time!” Well! he may not count it, and a kind Heaven may not count it; but it is being counted none the less. Down among his nerve-cells and fibers the molecules are counting it, registering and storing it up to be used against him when the next temptation comes. Nothing we ever do is, in strict scientific literalness, wiped out.