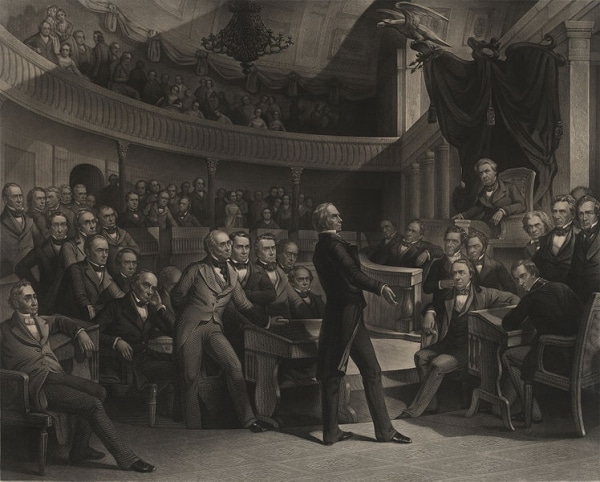 Welcome back to our series on Classical Rhetoric. Today we’re continuing our five-part segment on the Five Canons of Rhetoric. So far we’ve covered the canons of invention and arrangement. As a quick review, the canon of invention is about brainstorming ideas for your speech or writing, and arrangement is about organizing your speech or text to ensure maximum persuasion.

When people write memos or give persuasive speeches, the focus is usually on what they’re going to write or say. While it’s important that you have something substantive to say, it’s also important how you present your ideas. The canon of style will help you present your ideas and arguments so people will want to listen to you.

A mentor of mine gave me a great object lesson on the importance of style when crafting a message. He placed two boxes on a table. One was small and sort of crushed and wrapped haphazardly with newspaper and duct tape. My name was scrawled with black Sharpie marker on the newspaper.

The other was a medium-sized box, wrapped with handsome looking wrapping paper and topped with a giant green bow. A present tag hung from the bow and had my name written on it in beautifully done calligraphy.

I slowly unwrapped the present, being careful not to rip the paper. I took off the top of the box and found a bunch of red tissue paper. I rummaged through the paper until I found a silver ballpoint Fisher pen.

He asked me to open the other box. I tore off the newspaper and lifted the top of the box to reveal the exact same present: a silver ballpoint Fisher pen.

The lesson was obvious. It doesn’t matter how great your message is, if you don’t wrap it up with style, people will probably ignore it in favor of a message that’s packaged nicely.

The Five Virtues of Style

The five virtues of style were first developed by two pupils of Aristotle: Theophrastus and Demetrius. The ancient Roman rhetoricians Cicero and Quintilian taught the virtues to their students and added their own spin.

1. Correctness. Correctness means speaking or writing in accordance with the rules and norms of one’s language. An effective communicator uses words correctly and follows the rules of grammar and syntax. Why? First, correct usage ensures clear and precise communication.

And second (and perhaps more importantly), correctly using language establishes credibility (or ethos, remember that persuasive tool?) with an audience because it indicates the speaker or writer is well-educated, understands the nuances of language, and pays attention to details. When someone catches language mistakes in a speech or piece of text, the thought often arises, “If the author can’t even follow the basic rules of grammar or even take the time and effort to review them, why should I trust what he has to say?”

When you’re attempting to persuade others, try to avoid anything that would distract your audience from your argument. Don’t give them a reason to discredit you by being lazy with correct grammar and usage.

Note: I know full well that many of AoM’s articles contain grammatical mistakes (perhaps even this one does!), and that this section offers the perfect opportunity to snarkily comment on this seeming irony. In truth, Kate and I read every single article several times before publishing, sometimes even out loud. But it is nearly impossible to catch every mistake; the brain has been proven to see things that should be there, but are not. While we lack a professional editor, we do our very best. And that is what you should strive for with your rhetoric–not perfection, but your very best effort. And as a listener or reader, is it always wise to give the rhetorician a bit of the benefit of the doubt before completely writing them off.

2. Clarity. It’s hard to be persuasive when people can’t even understand what you’re trying to say. Clear and simple writing ensures that your message never gets lost between you and your audience.

Unfortunately, many people think to be persuasive they need to “look smart” by using big words and complex sentence structures. The reality is that the simpler you write, the more intelligent you seem to others. A study done at Princeton University manipulated the complexity of the vocabulary and writing style of documents and gave them to students. Over and over again, the simpler versions were rated as coming from a more intelligent writer than the more complex drafts.

Clear and simple writing is actually quite difficult to do. It requires you to think hard about your topic, get at its core, and then put that core in terms that your audience can understand. Here are a few tips on writing and speaking with greater clarity:

There are dozens more tips on making your writing or speeches clearer, but we have to move on.  For more advice on writing with clarity, pick up a copy of the bible on clear and effective writing: Strunk and White Elements of Style. Another book I found insanely helpful is Legal Writing in Plain English. It’s geared towards lawyers, but the principles apply to writing and speaking in any field.

3. Evidence. We’re not using “evidence” in the sense of facts you provide to prove a logical argument. For classical rhetoricians, the quality of evidence was a way to measure how well language reached the emotions of an audience through vivid description. Remember that most people are persuaded more by emotion (pathos) than by logic (logos). One of the best ways to elicit an emotional response from people is to appeal to their physical senses by using vivid descriptions.

For example, let’s say you’re making the case to your state legislator that your state needs to devote more funds towards fighting childhood hunger. Instead of starting your speech or letter by spouting off a bunch of dry facts, it would be more persuasive to tell a story of a specific child who’s a victim of hunger. In your story, describe the conditions this child is living in–the smells, the sights, the sounds. Describe the pangs of hunger that gnaw on his stomach every night while he lies crying softly, curled in ball on a urine-soaked mattress.

Who wouldn’t want to help this kid? That’s the quality of evidence in action.

4. Propriety. Propriety is the quality of style concerned with selecting words that fit with the subject matter of your speech and ensuring they’re appropriate for your audience and for the occasion. Simply put, propriety means saying the right thing, at the right place, at the right time.

A common rhetorical event where you see the quality of propriety flagrantly violated is the best man speech at a wedding. I can’t count how many of these speeches I’ve witnessed where the best man says something that makes everyone in the room cringe. You’d think it’d be common sense, but a wedding toast in front of a groom’s new wife and her family isn’t an appropriate place to talk about the groom’s past relationships or a night of drunken debauchery you had with him back in your college days. You might think it’s funny, but a wedding reception isn’t the place for that sort of humor. It’d be fine at a roast, but not a toast.

5. Ornateness. Ornateness involves making your speech or text interesting to listen to or read by using figures of speech and manipulating the sound and rhythm of words. Classical rhetoricians focused on incorporating different figures of speech to decorate their speeches. Here are a few that I particularly enjoy using:

For an extensive list of figures of speech, check out Silva Rhetoricae.

Any other advice on improving your rhetorical style? What are some resources that you’ve come across that have helped your writing and speaking style? Share them with us in the comments!