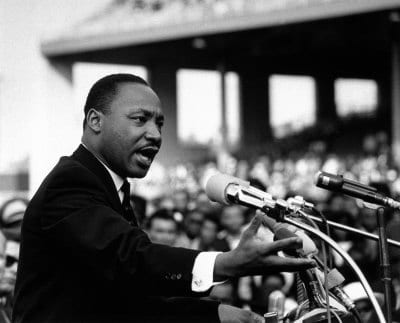 Welcome back to our series on Classical Rhetoric. Today we’re continuing our five-part segment on the Five Canons of Rhetoric. Last time we discussed invention, which is essentially brainstorming and planning your speech or writing. In this installment, we’ll be exploring the canon of arrangement. Let’s get started.

Arrangement is simply the organization of a speech or text to ensure maximum persuasion. Classical rhetoricians divided a speech into six different parts. They are:

If you’ve taken debate or philosophy classes, you’ve probably seen this format for organizing a speech or paper.

There are two aspects of an effective introduction: 1) introducing your topic and 2) establishing credibility.

Introducing your topic. In your introduction, your main goal is to announce your subject or the purpose of your speech–to persuade, to teach, to praise, etc. Simple, huh? Well, not really.

Your introduction is crucial for the success of your speech or essay. In the first few seconds, your audience will determine whether your speech is worth listening to. If you can’t grab their attention right off the bat, you’ve lost them for the remainder of the speech.

So how can you announce your subject in a way that grabs your audience’s attention? You have the old stand-bys: start off with a quote, ask a rhetorical question, or state some shocking fact relating to your topic. Those are decent ways to introduce your topic, but they’re overdone. Some men also try to open with a joke, but most of the time it falls flat, the credibility of the speaker takes a nose dive, and the audience begins tuning the speaker out.

In my experience, the best way to start a speech is to tell a captivating story that draws readers in and engages them emotionally. Journalists do this all the time. They always try to find a human angle to any story no matter how tangential the connection. For tips on crafting compelling and sticky stories, check out a book I recommended last time, Made to Stick.

Establishing credibility. Quintilian taught that it was during the introduction that a rhetorician should use the persuasive appeal of ethos. Ethos, if you remember from our class on the three means of persuasion, is an appeal to your character or reputation to persuade your audience. It doesn’t matter how logical your argument is, if people don’t think you’re trustworthy or a credible source, you’ll have no sway with them.

The statement of facts is the background information needed to get your audience up to speed on the history of your issue. The goal is to provide enough information for your audience to understand the context of your argument. If your rhetoric is seeking to persuade people to adopt a certain course of action, you must first convince the audience that there really is a problem that needs to be addressed.

Don’t just dryly list off a bunch of facts. Make them interesting to read or listen to. Create a story. Narrate.

While the statement of facts is primarily used to inform your audience, with some subtle tweaking, you can use your facts to persuade as well. Now, I don’t mean you should make up facts out of thin air; only a scalawag would do that. But you can emphasize and deemphasize facts that support or hurt your argument

Attorneys do this all the time. They’ll use certain language and emphasize or deemphasize certain facts to help their case and their client. Let’s use a murder trial as an example.

Both sides have to recognize the fact that someone is dead, but each will do it differently to further their case.

The defendant’s attorney might convey the same fact thusly: “John Smith was shot.”

The prosecutor emphasized the fact that Mr. Killzalots did the shooting and did so multiple times at point blank range in front of the victim’s children. Moreover, he mentioned that the victim was admired by his community. This was an attempt to create sympathy for the victim and rage towards the defendant. The defending attorney did a lot of deemphasizing. He didn’t want sympathy for the victim or rage directed at his client. So he tried to describe the murder in as neutral a tone as possible.

It’s an extreme example, but it illustrates how your statement of facts can be a powerfully persuasive tool.

Quintilian taught that after stating your facts, the most effective way to transition into your argument is with a partitio: a summary of the arguments you’re about to make. Think of the division as your audience’s roadmap. You’re about to take them on a journey of logic and emotion, so give them an idea of where they’re going, so it’s easier to follow you. When I listen to a speech, I like when the speaker starts out by saying something like, “I have three points to make tonight.” That way I know how far along in the speech he is (and if it’s boring, when it’s going to end!).

Now comes the main body of your speech or essay. This is when you will make your argument. In the proof section, you want to construct logical arguments that your audience can understand and follow. If you need to, review our previous segment on logos to ensure you’re using sound and valid arguments. When you construct your arguments, be sure to relate back to the facts you mentioned in your statement of facts to back up what you say. If you’re suggesting a course of action, you want to convince people that your solution is the best one for resolving the problem you just described.

After you’ve crafted a strong and convincing argument for your case, it’s time to highlight the weaknesses in your argument to your audience. This might seem surprising. Why on earth would we go out of our way to show our audience possible reasons our argument is faulty? While at first blush this tactic would seem to be counterproductive, sharing the weaknesses of your arguments will actually make you more persuasive in two ways.

First, it gives you a chance to preemptively answer any counterarguments an opposing side may bring  up and resolve any doubts your audience might be harboring. Bringing up weaknesses before your opponent or audience takes the bite out of a coming counterargument. And some people will already have objections they’re mulling over in their heads; if you don’t address those objections, your audience will assume it is because you can’t, that you have something to hide, and that they’re right after all.

Second, highlighting the weaknesses in your argument is an effective use of ethos. No one likes a know-it-all. A bit of intellectual modesty can go a long way to getting the audience to trust and like you, and consequently, be persuaded by what you have to say. Recognizing that your argument isn’t iron-clad is an easy way to gain the sympathy and trust of your audience.

The goal of your conclusion is to sum up your argument as forcefully and as memorably as possible. Simply restating your facts and proof won’t cut it. If you want people to remember what you said, you have to inject some emotion into your conclusion. In fact, Quintilian taught that the conclusion of a speech was when one should liberally use pathos–or the appeal to emotion. Perhaps the best example of an amazingly effective, emotion-filled conclusion is the finish to Martin Luther King Jr.’s “I Have a Dream” speech. His “Free at last! Free at last! Thank God Almighty, we are free at last!” still brings tears to eyes and chills to spines, forever searing the memory of the speech in the minds of those who hear it.