In this week’s episode I talk to University of Massachusetts’ professor of ancient history Carlin Barton about her book Roman Honor: The Fire in the Bones. I discovered her book after I finished our massive series on the origins and decline of traditional honor in the West and I wished I had it as a source during my research. It’s one of the best books I’ve read, and every time I re-read it, I’ve gotten new insights. Professor Barton and I have a 90-minute conversation about honor and the role it played in the lives of the Romans. 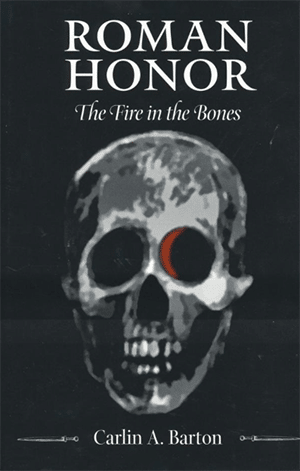 Like I said, Roman Honor is a fantastic book and highly recommend picking up a copy. It’s not an easy read, but a worthwhile one. The footnotes are just as and sometimes even more interesting than the main text. It’s crazy expensive because of its limited run, but I’ve gotten my money’s worth from it and then some.

Despite the length of my conversation with Dr. Barton, I had to cut out half the questions I wanted to ask! Hope to have her back on again to talk more about honor, and another area of her expertise — Roman gladiators.

Finally, I’d really appreciate it if you’d take the time to give our podcast a review on iTunesor Stitcher. It’d really help us out. Thanks!