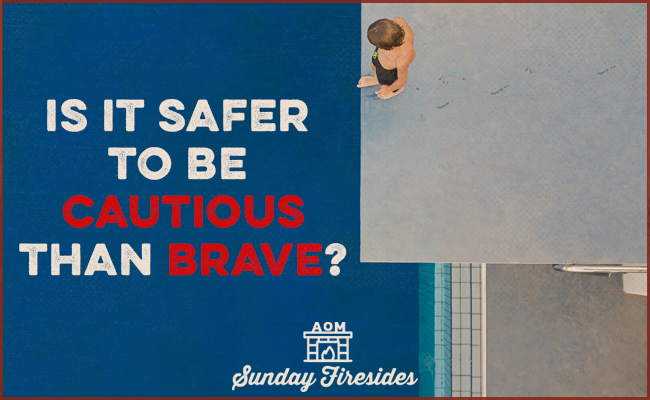 The Semai, an indigenous people who inhabit the Malay Peninsula, may represent the most non-violent and conflict-averse society on earth. Anthropologists posit that after enduring a century of predation by Malay raiders and slavers, they developed a sense of “learned helplessness”; because it didn’t seem possible to fight back, they adopted a pattern of fleeing from threats and surrendering to domination.

The Semai continue to instill this approach to life in their children, teaching them that the world is full of threatening forces beyond their control. Learning to get along, even if it means tolerating out-of-line behavior, is prized, and any argumentation, anger, or assertiveness is suppressed. Because they can lead to aggression, competitive games are banned. Encouraged to be fearful, children are repeatedly taught one overriding maxim: “It is safer to be cautious than brave.”

Such might be described as the mantra of our own society. We are a people focused on reducing risk. And yet risk can rarely be eliminated, only managed; in reducing one set of risks, you frequently increase another.

For example, it’s possible to reduce the risk of children ever being abducted, breaking a bone, or sawing off a finger, by never letting them walk anywhere alone, climb trees, or handle tools. But in implementing these protective measures, you then risk their never developing self-reliance, physical confidence, and manual competence.

With the Semai, while they effectively keep themselves safe from violence, they are more prone to depression.

In grappling with risks, it isn’t a matter of getting rid of them altogether, but deciding which you’re more comfortable running, and figuring out whether avoiding some risks in the short-term, might produce greater ones down the line.